Is your arcade room missing a dome hockey table? There are some truly amazing choices out there for this classic arcade game. We've selected the top 10 best bubble hockey table options you're going to want to check out.

Take a peek below... Here’s a quick list of our favorites and where to find them 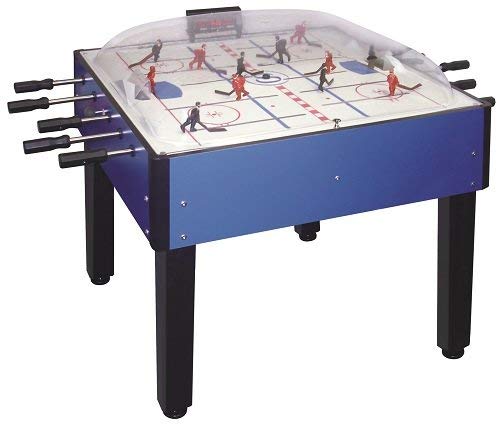 Enjoy classic arcade-style bubble hockey with this great table. Thanks to the high-quality chrome-plated rods, the players are easy to move around on the table without worrying about them getting stuck or being difficult to slide across the table. Thanks to nylon bushings, there is very little friction on the table, which could otherwise prevent great play. Turning the players 360 degrees only requires turning the handle 180, which means that users enjoy fast and competitive play.

As we always mention, Shelti makes amazing table games. Check out their dome hockey table in action in the video below...

The painted players in this bubble hockey game look great and are incredibly easy to move and to control, thanks to the durable and well-constructed rods. With custom coated graphics on the playing field as well as battery-operated scoring, this bubble hockey game is fun to play on and will provide hours of enjoyment. Additionally, there are cup holders on the table so that everyone can bring his or her drink when he or she plays.

Thanks to the electronic scoring on this bubble hockey table, keeping track of who is winning is easier than ever. The shatter-resistant dome is designed to last through rough and rowdy play without being damaged, which gives users as well as observers peace of mind that they won’t accidentally break the game by leaning on it to watch the action. 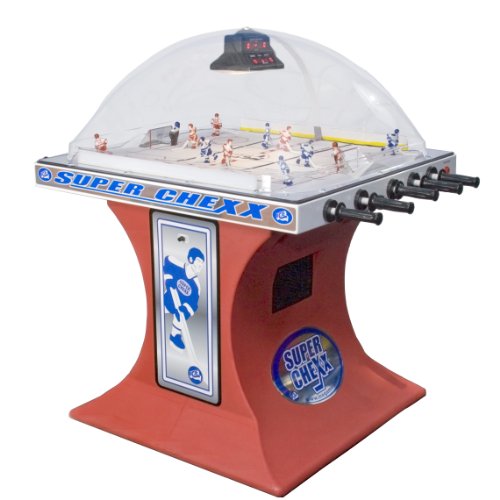 The indestructible dome on this bubble hockey table lifts open easily to allow owners to clean and maintain the table, which means that it can last for decades without any problems. With game calls and live rink sounds, this bubble hockey table is a lot of fun to play and offers a great immersive experience for all users. In addition, users enjoy fast action when controlling their players so that they can easily respond to their opponents without feeling as if they are unable to keep up during the game.

Check out this video below to see the Super Chexx in action... 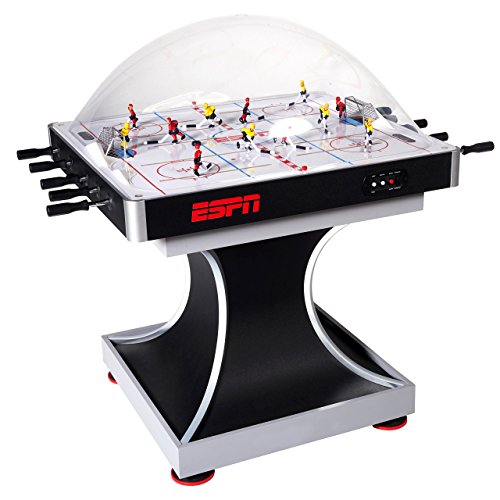 The hand-painted players on this bubble hockey table are fun to control and easy to move, which means that users will quickly learn how to pass the puck to themselves and to score. The table only weighs 152 pounds, which means that a few adults can easily lift and move it to a new location when it is in the way. Finally, the clear dome is shatterproof, ensuring that it won’t accidentally break.

This bubble hockey table provides 2:1 movement to your players, which means that users only have to turn the rod halfway to move the player all the way around. This is great on the wrists and ensures that players won’t be injured when playing this game. With steel rods in the player feet, it’s easy to see how they won’t be damaged during play and that this game will last for a long time. 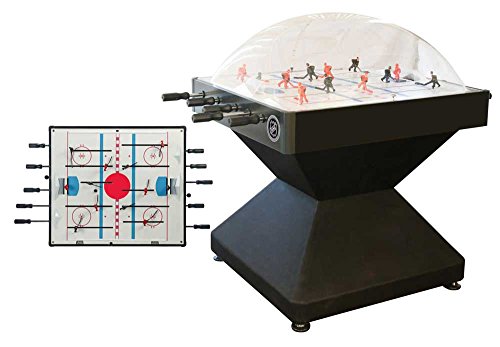 The attractive black cabinet on this bubble hockey table isn’t only made out of high-quality MDF so that it looks great but also so that it won’t show signs of wear and tear or damage. With both manual and electronic scoring, this game is fun and easy for players of all skill levels to use. Because some bubble hockey players will break during rough games, this game ships with extras so that users don’t have to wait to repair the game.

This is a great bubble hockey table option for anyone who is worried about how much trouble he or she may have trying to assemble the table on his or her own. Because it doesn’t require assembly, it can be played right away. The one-piece PVC pedestal base is black, attractive, and incredibly durable. Additionally, manual puck drop gives users complete control over the game and allows them to decide when to drop the puck at the start of each round. 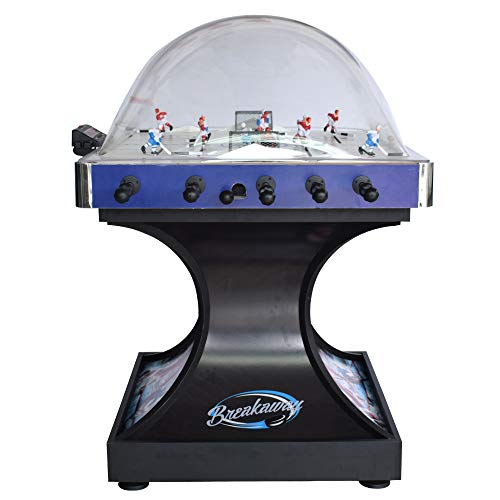 The durable playfield on this bubble hockey table is designed to allow users complete control over the puck without worrying about accidentally scratching or marring the surface. Additionally, the grips on the rods are incredibly comfortable and easy for users to hold, which means that people playing this game won’t experience hand cramps. Thanks to the chrome-plated rods and the nylon bushings, players move effortlessly across the play surface, allowing users complete control all of the time and ensuring that both beginner and more advanced players have a lot of fun with this game. 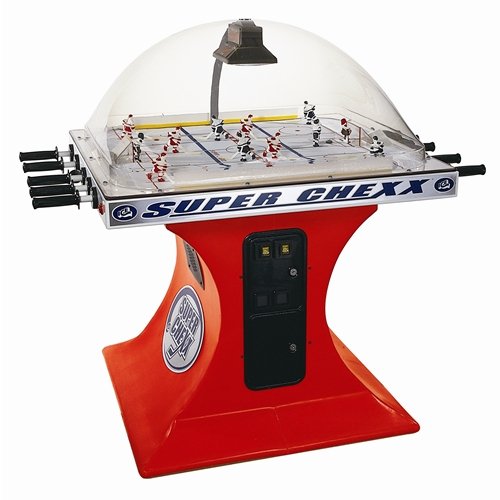 With fast gameplay that is exciting and realistic, this bubble hockey table is a great addition to any game room. The automatic puck return system and electronics record will put the game into sudden death overtime if the users are tied after regulation. Additionally, there are crowd and announcement sounds that play during the game and really make the users feel as though they are a part of the action. The indestructible dome ensures that the playfield is protected at all times.