Home » Foosball » Foosball vs Babyfoot: Is There a Difference? (The Surprising Answer) 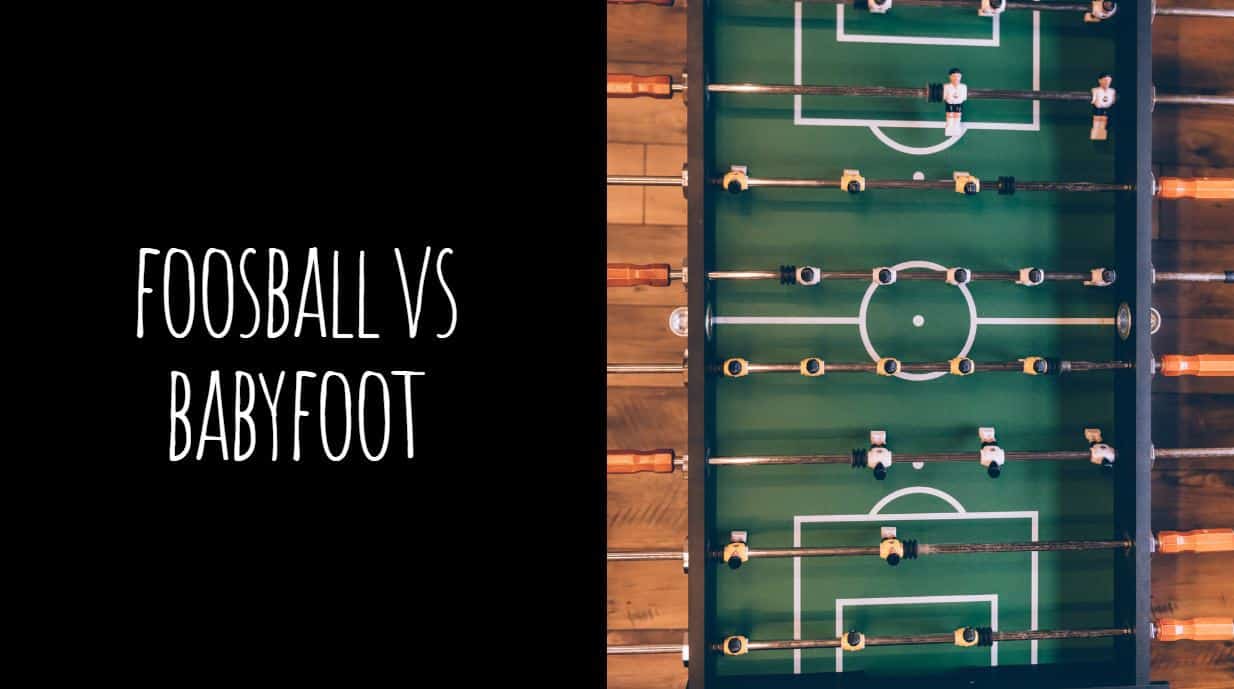 When something has been around long enough, it starts to gather a host of nicknames. This is even more true when it comes to foosball, which has a whole cast of names it’s known by.

That’s at least partly due to the fact that it has some interesting history. One of the names that emerged from its beginning was babyfoot, which has left many people confused.

Are foosball and babyfoot different, or are they one and the same? We’ll be putting foosball vs babyfoot in this post, and clearing up any confusion about their differences.

Use These Links to Navigate this Guide >>
What is Babyfoot?
Foosball vs Babyfoot: Is there a difference?
Wrap Up

We’ll start by looking at what babyfoot is and where the name came from.

It was invented by a man named Lucien Rosengart in the 1930’s. It was said that he invented it as a way to keep his children entertained when they were cooped up inside during the winter.

Some say that this is the real origin of foosball as we know it today. In essence, it’s just another name for the game.

There are a few sources who claim that babyfoot is what foosball is still called in France to this day.

Foosball vs Babyfoot: Is there a difference?

Is there any real difference between foosball and babyfoot? Not really.

Foosball had some confusing origins. Its Wikipedia page suggests that it can be traced back to three different inventors, each one naming it something different.

To make things even more confusing, each of these three inventors allegedly created the game at around the same time: in the 1920’s or 1930’s.

Harold Thornton, an inventor from the UK, chose to call it foosball, which is comparable to the German word for football.

A little more than a decade after, an inventor from Spain created another version which he called fubolin.

Whatever you may choose to call it, one thing remains the same at the end of the day: there isn’t really any difference between foosball and babyfoot. Both are simply names that refer to the game of table soccer.

The longer something exists, the more likely it is to pick up a variety of names. Call foosball whatever you like – it’s still the same table-sized soccer game beloved by fans internationally.

Want to learn some of the other names for foosball? We’ve discussed it in more detail in this post.