Home » Foosball » Foosball vs Bonzini (What is the Difference Between Them?) 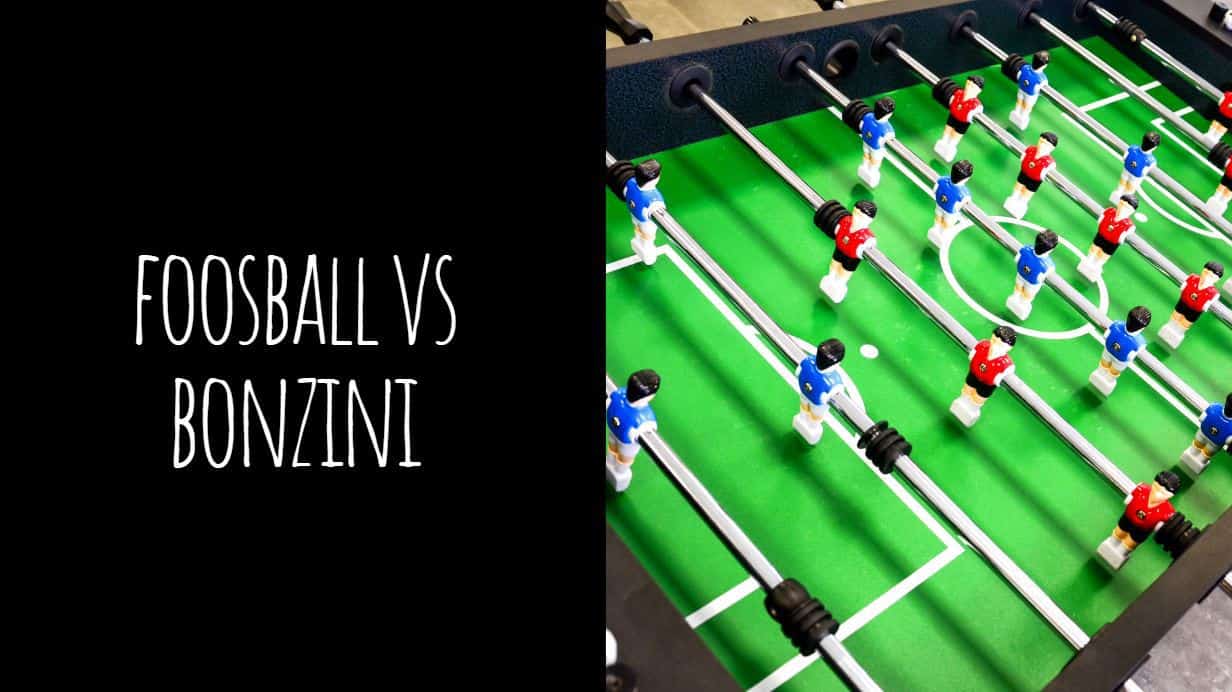 There are a lot of terms used to describe foosball and its many components. If you’ve read a lot about the game, you might have stumbled across the word “Bonzini” before.

When you’re new to something, including games, it can be kind of confusing to keep all the terms you learn straight in your mind. We’ll be comparing foosball vs Bonzini, so you can understand the differences between these words and what they refer to.

Keep reading to discover the history of each one and what they mean.

Use These Links to Navigate this Guide >>
What is Bonzini?
Bonzini vs Foosball: Comparing the Terms
Wrap Up

You’ve probably already heard of foosball, so we won’t get too far into describing the game. However, Bonzini is a term you may not have heard of yet. We’ll describe what is to give you a better understanding.

Foosball, as you know, is a table-sized soccer game. Bonzini, on the other hand, is a manufacturer of foosball tables.

So while foosball describes the overall game, Bonzini refers to the company making some of the equipment you need in order to play.

You would think foosball came long before Bonzini, since Bonzini primarily makes foosball tables, but that’s interestingly not the case.

Foosball has a slightly confusing history. There are three inventors who all have claims to the creation of the game, but you can trace its roots back to the early 1920’s.

It was in the 1950’s that Bonzini switched focus and started creating the world-quality tables they’re known for today.

So when you say foosball or Bonzini, you’re referring to two completely different, but related, things. Foosball means you’re talking about the game itself and the act of playing it.

When you say Bonzini, you’re not calling foosball by one of its many nicknames. Instead, you’re talking about a company that makes equipment used to play it.

The longer something exists, the more terminology it builds up around it. Few things remain completely the same over the course of years.

Foosball is no different. Because it has grown a large and loyal fanbase, more and more words keep getting added to its lexicon. This might be okay if you’re already familiar with the game, but if you’re a new player, all the vocabulary involved can be intimidating.

Regarding Bonzini and foosball, all you need to remember is that foosball is the game and Bonzini makes the tables.