Home » Foosball » How Many Goalies are there in Foosball? 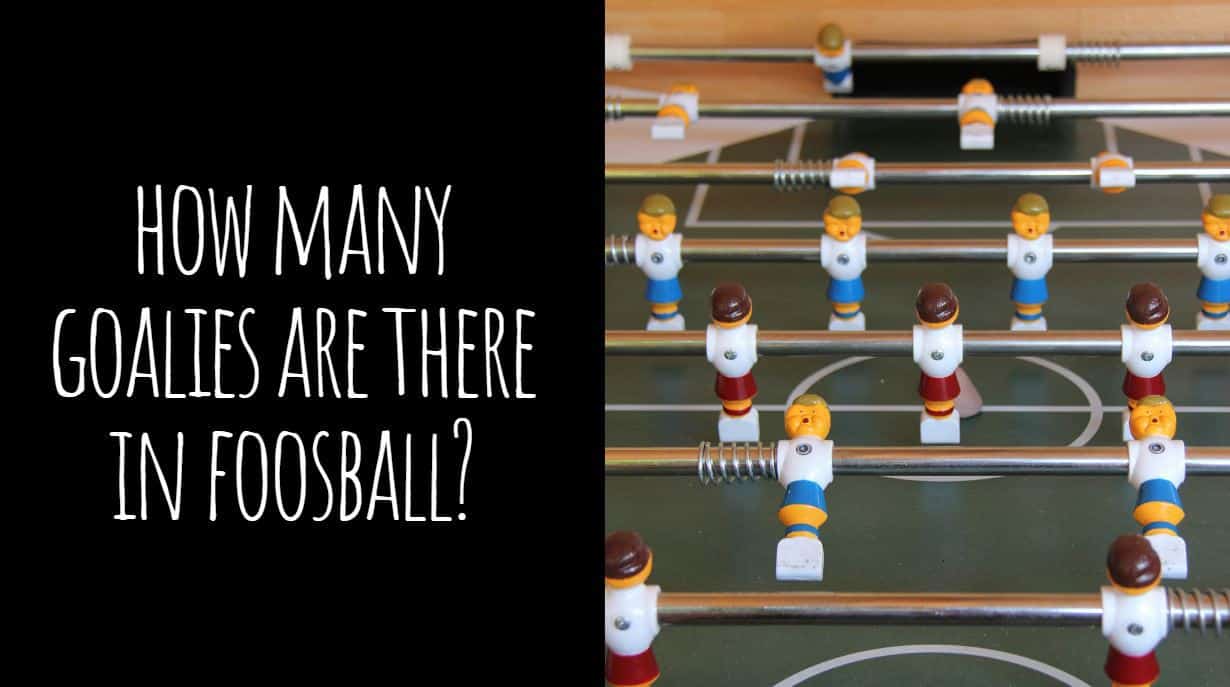 There are many variations in the game of foosball. One thing you may have seen is that some tables have three goalies, and others have only one.

So how many goalies are there in foosball? Is three goalies or one goalie the official requirement?

Seeing these variations can be confusing if you’re a beginner. We’ll shed some light on the number of goalies in the game and what the requirements are.

How Many Goalies are there in Foosball?

In the average foosball table, there are either three goalies or one goalie used on the defensive bars. Either one is acceptable for casual play and is a matter of preference.

It’s also alleged that it’s more affordable to make a table with three-goalie defensive bars than it is to make slanted corners so the balls don’t get caught in them, which is what one-goalie tables use.

One Goalie vs Three Goalies: Which is Better?

So from the two options, single or triple goalie, which one is better? That’s a debate that has raged within the foosball community for years.

There are some benefits to the three-goalie table. While the foos men on the sides of the defensive bar aren’t likely to block goals for you, they can help you reach the ball when it gets caught in the corners.

Of course, there are reasons you would use a single-goalie table, too. Many feel that they take more skill to operate, and it is far more popular in European games.

Thus, if you’re looking for something that really sharpens your foosball skills, you’ll likely want a table with one goalie on the defensive bars.

At the end of the day, though, it’s entirely up to you.

Read Also: Foosball Tables with One Goalie Instead of Three

How Many Goalies are Used in Tournaments? 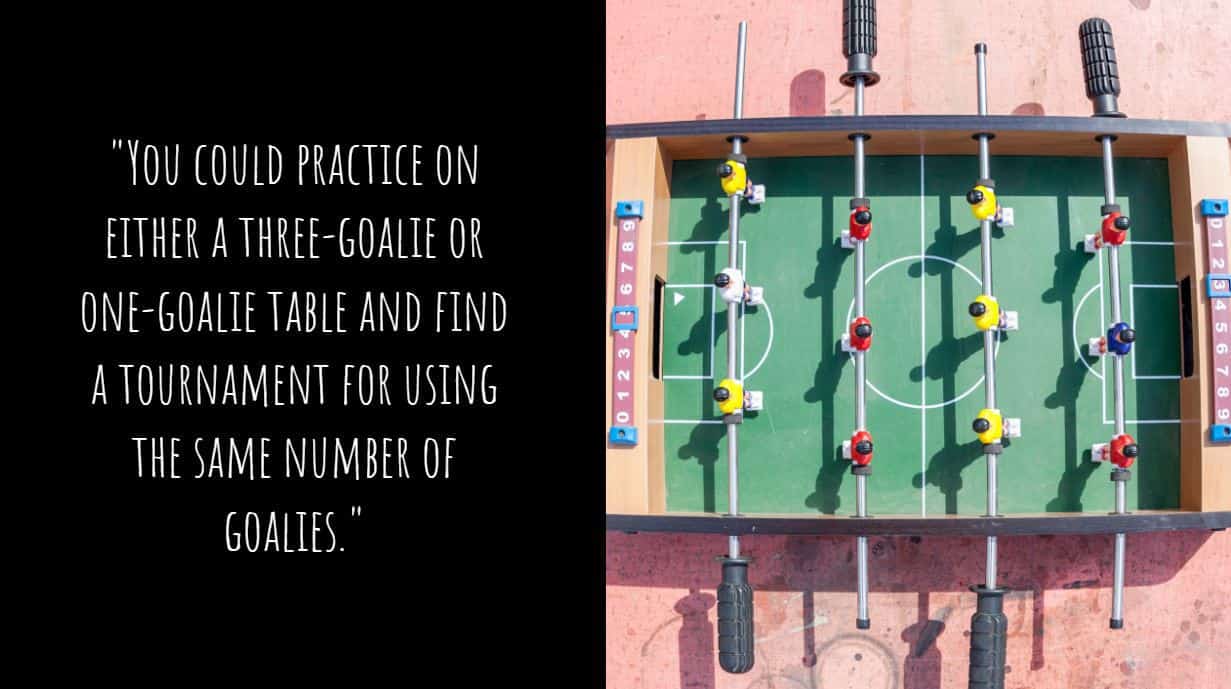 If you’re looking to prepare for competing in tournaments, should you practice with one-goalie or three-goalie tables? That’s a trickier question to answer.

Tournaments use all kinds of tables. You could practice on either a three-goalie or one-goalie table and find a tournament for using the same number of goalies.

There are others who say that one-goalie tables are more popular in tournaments, though. The bottom line is either type of table appears in official competitions. You’ll have to check the rules for a particular competition to determine what kind of table is being used.

In most foosball tables, you’ll find one or three goalies on the defensive rod. There are reasons for using either design.

Three goalies are helpful for getting dead balls out of corners. Alternatively, one goalie is great for honing your own skills.

Which one you choose to use, however, is entirely your decision and depends on what you’re most comfortable with.

Have you ever wondered if making a shot with your goalie is worth more points? We’ve discussed this topic, too, in this guide.​