Home » Foosball » How Many Points is a Goalie Shot in Foosball? 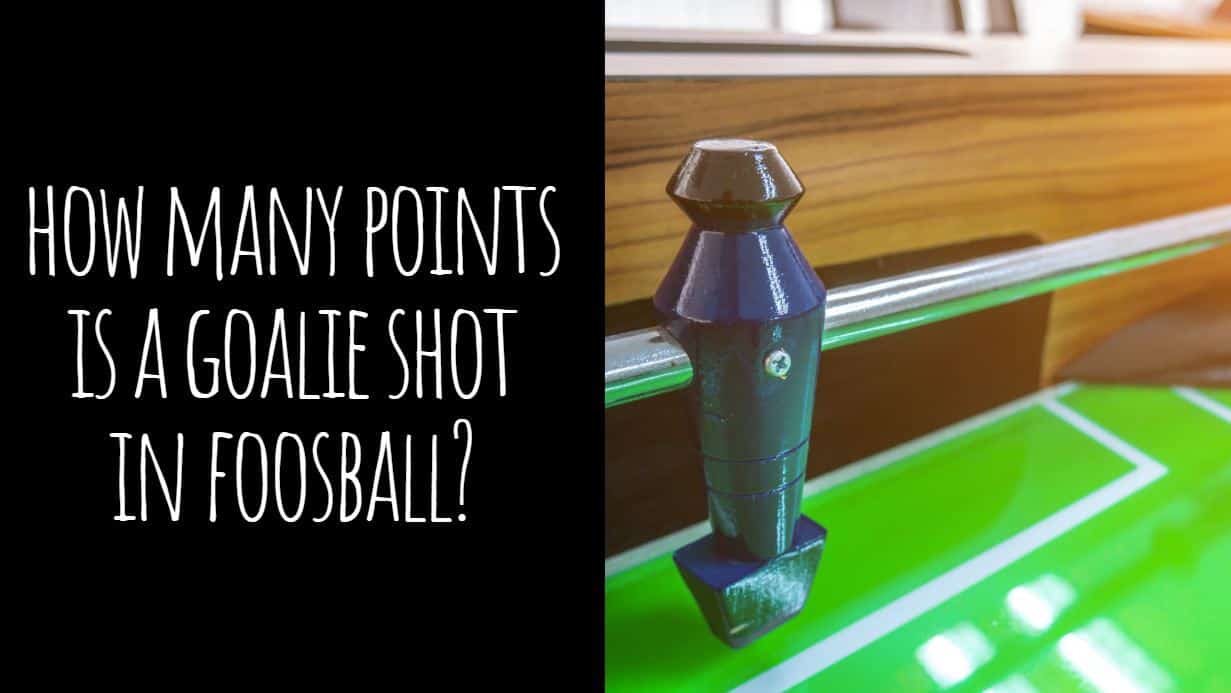 Many games see variations in rules from house to house. The way one group of people plays a game can vary drastically from the way another group plays the same game.

Likewise, foosball has its own rules that can vary. Even from tournament to tournament, the rules may differ.

One thing some people are frequently unsure of is whether or not a goalie shot is worth more points. That’s why we’ve investigated how many points a goalie shot is in foosball, and we’ll be telling you what we’ve found.

What is a Goalie Shot?

The term is rather self-explanatory. Even so, there are some who may not be sure what a goalie shot means, or why it would entitle you to more points. For any novices, we’ll take a moment to cover the basics.

In foosball, players operate miniature soccer player figurines called foos men with the objective of scoring goals against each other. The formal name for the game is table football or table soccer because of how it plays similarly to the sport.

There’s a bar in front of each player’s goal with goalie foos men on it. They’re typically used to block opponents’ shots, but just like in the actual sports, the goalie can sometimes score a goal of their own under the right conditions.

How Many Points is a Goalie Shot?

Scoring a goalie shot is hard. It has to be done from all the way across the table.

With all the opposing foos men (not to mention your own possibly getting in the way) standing between you and the other goal, it’s understandable that some people think goalie shots should be worth more points. A jaw-dropping amount of luck or skill has to occur – maybe even both!

But truthfully, there are no official International Table Soccer Federation rules that say goalie shots are worth more than the standard one point. Furthermore, other sources agree with this conclusion.

However, this doesn’t mean you can’t have your own house rules when you play foosball casually. Many groups of friends implement their own special rule that allows extra points for goalie shots.

The number of points can vary in these homemade rules. Some say goalie shots earn two points for a goal, others may say even more.

Just don’t rely on this being the case if you ever play in a formal tournament.

One of the best things about foosball is how approachable it is, and part of that comes from its flexibility. Fans of the game have felt comfortable modifying the game for years to keep it fresh.

While you may not be able to score extra points with goalie shots in official tournaments, there’s no reason you couldn’t allow it at home with your friends. It could make the game especially interesting and unique.