Home » Foosball » How Much Do Professional Foosball Players Make? 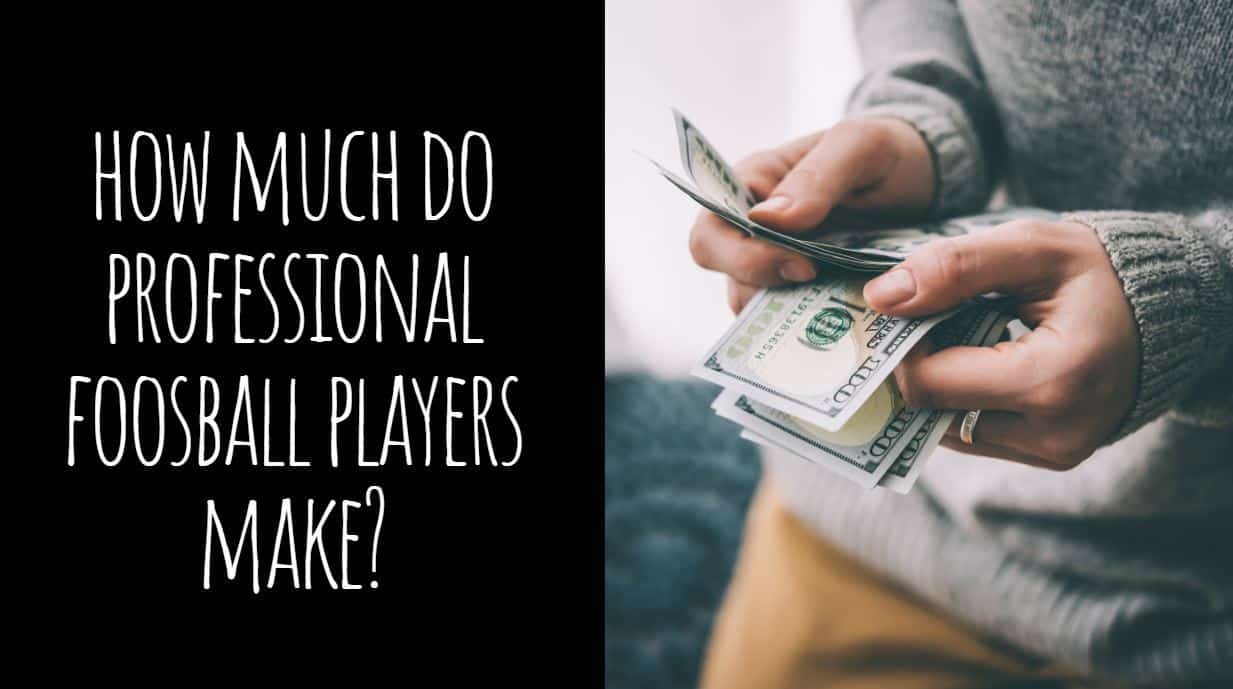 Whenever you get particularly good at something, it’s normal to wonder if you could make a career out of it. Look in the news, and you’ll find tons of stories about people who managed to turn their passions into a profitable line of work.

Is it possible to do so with foosball? There are professional tournaments, many of which include cash prizes that can range anywhere from negligible to substantial amounts.

To find the answer to that question, then, you’ll need to look at the salaries of the pros. We’ve looked for you, which is why we’ve written this post about how much professional foosball players make.

How Much Professional Foosball Players Make

The average salary of a professional foosball player really varies depending on where you’re looking. Simply Hired currently shows that it’s around $85,000.

However, Foosball Tips says it’s much more spread out than that, with salaries ranging anywhere from $39k to over $135k yearly.

What can you take away from that?

You can assume that that the yearly salaries of professional foosball players varies as wildly as the sources reporting them. There is no steady average you can assume to be true when starting your own foosball career.

How to Become a Professional Foosball Player

If you’ve decided you want to pursue a career in foosball, where do you even start? Unfortunately, you’ll have quite a long and expensive path ahead of you.

The first step will be honing your own skills. To do that, you’ll want to ensure you have the best equipment at home to practice on.

Get to know the International Table Soccer Federation’s rules really well, because you’ll need to follow them to a T. Study techniques as much as possible to build your strategies and skillset.

When you feel as if you’re finally ready to take it to the next level, keep in mind that there isn’t exactly one specific employer or team you’ll be applying for. Instead, you’ll be relying on tournament winnings.

This means you need to have some savings to access, because you’ll need to travel around the country (possibly even the world) to enter foosball tournaments. Remember you’ll be competing against other recognized players, and don’t expect winning to be easy or likely.

You can check out the ITSF tournaments page for information on upcoming tournaments that you can enter in.

Should You Go Pro in Foosball?

Now here’s the million-dollar question: should you become a professional foosball player?

That depends. Look at your motivations and expectations closely. If you’re expecting to make a six-figure salary and win tournament after tournament right off the bat, you’re likely to be disappointed.

Acknowledging that becoming a player who makes enough to live off from tournaments takes time and effort is a much more realistic mindset. Even then, however, it’s still not guaranteed.

While it certainly is possible to become a professional player, it’s much more likely that you’ll continue to dominate local games instead when you reach a certain skill level. And that’s perfectly okay. 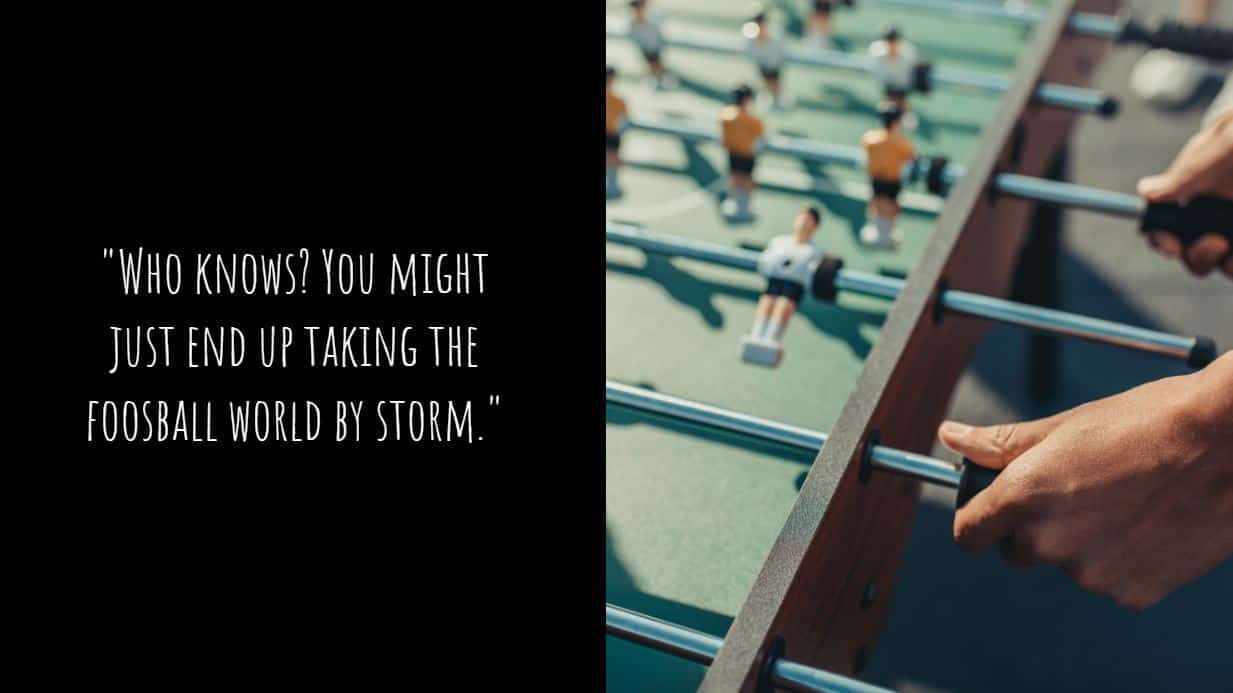 The greatest foosball players in the world make a decent living off the sport. What most people don’t see, though, is that getting to that point takes a huge personal investment.

Professional players need to be able to pay for travel and accommodations to enter tournaments around the world. They also need to be prepared to deal with losses.

Of course, if foosball is your passion and you’ve got your heart set on going pro, there’s no reason you shouldn’t try.

Who knows? You might just end up taking the foosball world by storm.