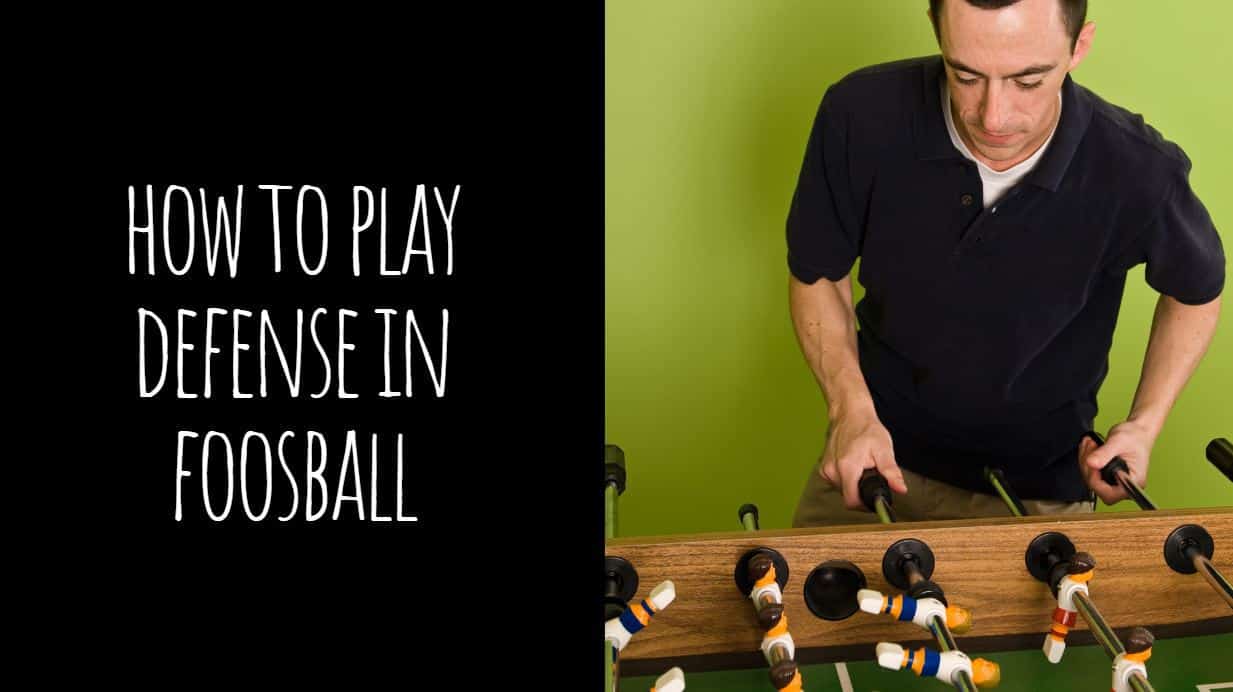 Like many other games, there are tons of ways to play foosball and win. Some people may focus on having an aggressive offense, while others choose instead to go with an iron defense.

Both are viable strategies, but only one is going to protect you from being scored on, and that’s playing defense. If you’re not sure how to play defense in foosball, we’ll give you a few pointers.

What Defense Means in Foosball

What exactly does defense mean when it comes to foosball? It may seem like an easy question, but playing defensively looks different depending on the game in question.

In foosball, defense simply means you are protecting your goal. A defensive player is one who focuses on preventing their opponent form scoring rather than on scoring themselves.

How to Play Defense in Foosball

Shake up your routine occasionally.

You may have heard the saying, “don’t fix something that isn’t broken,” or something equivalent to it. That concept isn’t really applicable in foosball.

When you find one strategy that works for you, don’t just stick to it. Your objective should be to learn as many different maneuvers as possible, so you have a whole repertoire to draw from.

If you use the same moves over and over again, the people you play against will learn to counter you. Don’t let yourself get so predictable.

Learn to use one hand to operate both defensive rods.

You don’t have to choose to use one defensive rod or the other. In fact, using only one narrows down your options for responding to your opponents.

Instead, try to learn to use one hand to operate both defensive rods. You can do this by using your pinkie to control one and your thumb to control the other.

This positioning will feel incredibly awkward at first. But in time, as you adjust to it, it will become more natural and it will open up the possibilities for maneuvers you can do. 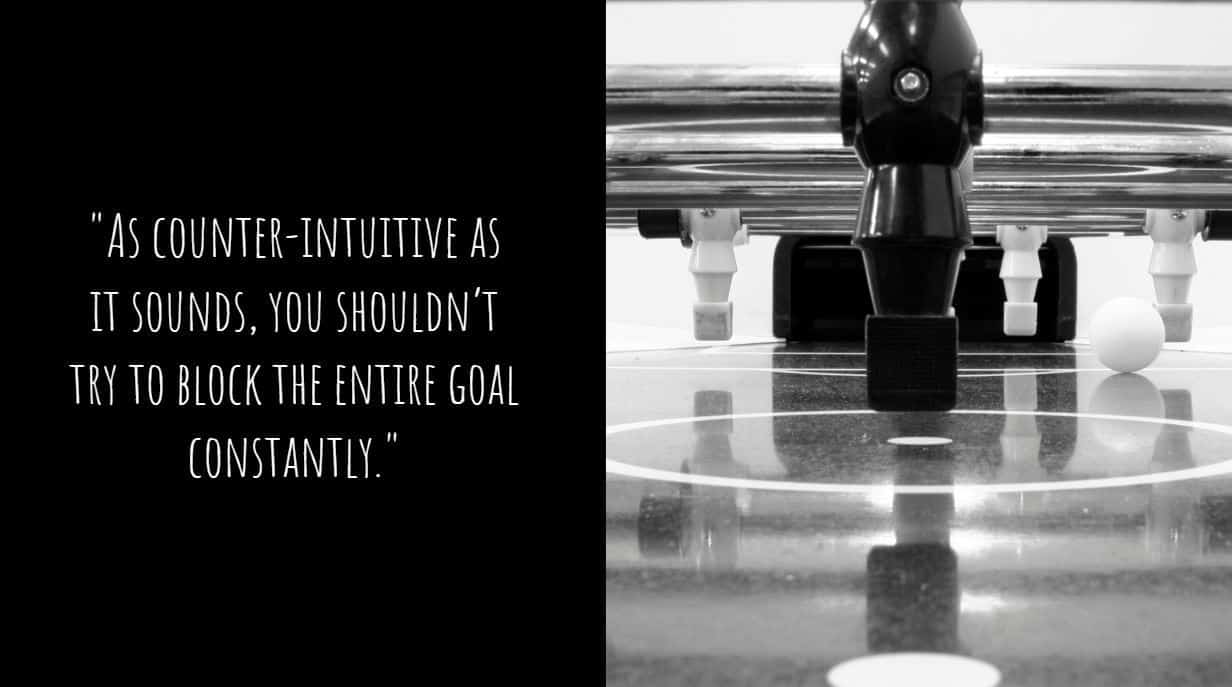 One mistake many new players fall into is thinking they need to form a complete, impenetrable wall in front of their goal. This couldn’t be further from the truth.

As counter-intuitive as it sounds, you shouldn’t try to block the entire goal constantly. For one thing, doing so spreads yourself too thin. It’s physically impossible for you to be everywhere at once.

For another, math is on your side when it comes to partially covering the goal. How could that be true?

Well, in most foosball tables, the goal is a little less than six times the width of the ball. Try to imagine the goal divided into approximately five equal sections.

Rather than try to block all five parts the ball could slide through, try to use your defensive men to cover half of two parts each.

This allows you to use your defensive bars as efficiently as possible.

Another thing that beginners like to do is rely on their middle foos men on each bar. It seems natural – they’re right in the center, which is perfect for taking a shot at your opponent.

There are a couple problems with this, though. The first problem is that a shot towards the center of the opposite goal is by far the easiest one to block.

If your middle foos men are off to the side attempting to score a goal, you’re leaving yourself wide open to one of the most basic shots in the book.

Read Also: How to Do a Snake Shot in Foosball

Don’t let your defensive foos men deflect the ball into your goal.

Here’s another thing beginners often do: they put themselves in a position where shots fired at them are deflected off their own foos men into their own goal. This is entirely possible when your foos men are in the wrong place at the wrong time.

How do you avoid this issue? Keep your foos men at a backwards slant.

This makes sure they’re out of the way, so you won’t have to deal with the frustration of foosball balls being deflected off your men.

Some people say that the best offense is a good defense. In foosball, this can definitely be the case, because your opponent can’t really win if they can’t score.

Use a combination of the tips above, and you’ll see your defensive game improve. This will not only impress your friends, but you’ll see yourself winning more games.

Interested in buying your own foosball table? Take a look at some of our favorite foosball tables with only one goalie instead of three.