When it comes to casting cards quickly, 1 mana cards are among the best. Read on below and find out why these 10 are the best 1 mana MTG cards. 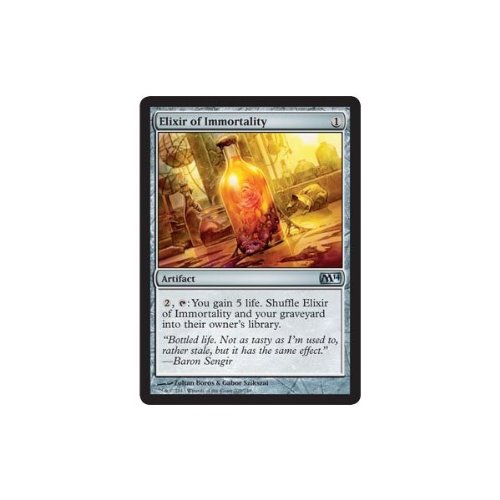 At the very top spot on our list of the best MTG cards with a single mana cost sits the Elixir of Immortality.

Elixir of Immortality is an uncommon Artifact that allows you to pay 2 colorless mana and tap it in order to gain 5 life.

Once you use this Artifact to gain 5 life, you must shuffle the card, and your entire graveyard into your deck. 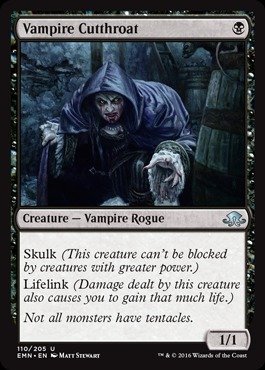 Vampire Cutthroat is another of the best 1 mana MTG cards, this one an uncommon black creature card.

The card is a 1/1 Vampire Rogue with Skulk and Lifelink. That means it can’t be blocked by a stronger creature.

Further, whatever damage is dealt by the Vampire Cutthroat gives you an equal amount life points. 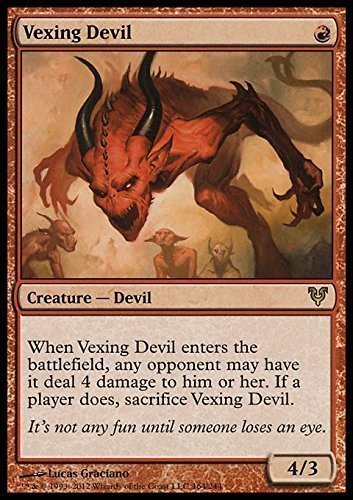 A 4/3 Devil, when Vexing Devil hits the battlefield, an enemy may have the card deal 4 damage to them.

Why would an enemy decide to take 4 damage, willingly? Simple. If they choose to do so, you must sacrifice Vexing Devil immediately.

Mana Tithe is an Instant card that costs a single white mana to bring out onto the battlefield.

When you play Mana Tithe, you may counter a target spell unless its owner pays 1 colorless mana on the spot. 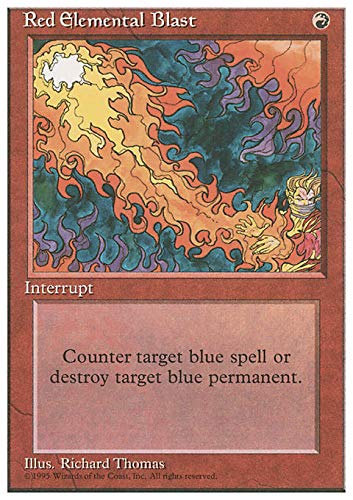 One of the very best 1 mana MTG cards ever thought up is the Red Elemental Blast.

When you play this card, for a single mountain, you may counter a blue spell, or destroy a blue permanent. 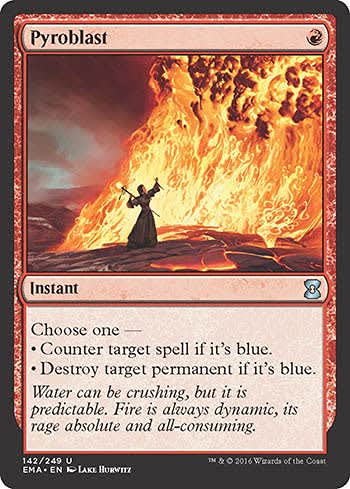 Pyroblast is newer version of the Red Elemental Blast.

It’s an uncommon red Instant card that costs 1 red mana and allows you to choose to either counter a blue spell or to destroy a blue permanent. 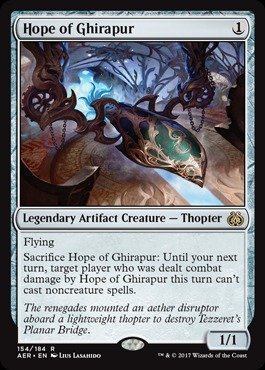 A rare Legendary Artifact Thopter Creature, Hope of Ghirapur is a 1/1 that costs 1 colorless mana to cast.

The Hope of Ghirapur has flying and is able to prevent  other players from casting noncreature spells for the rest of the turn, if first dealt damage by it. 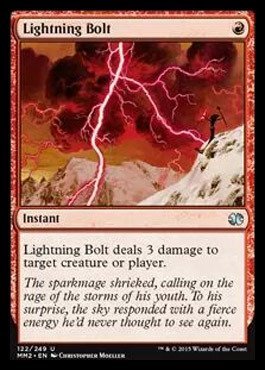 A truly iconic card that never grows old or loses its usefulness, no matter how many new expansions/cards are released, is Lightning Bolt.

Few cards, specifically red ones, are more deserving a position on our list of the best MTG cards that cost 1 mana than Lightning Bolt does. 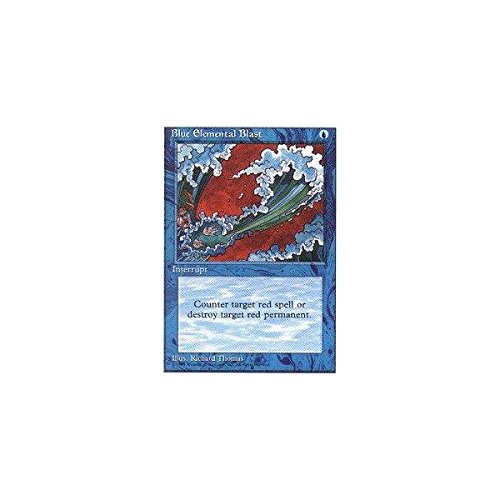 Blue Elemental Blast is classified as an Interrupt spell, and it costs just one island to cast.

As you probably guessed, this card is the evil twin of Red Elemental Blast. 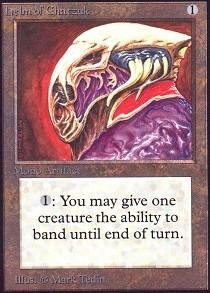 The Helm of Chatzuk is the last of our picks for the best 1 mana MTG cards.

An Artifact, Helm of Chatzuk allows you to pay a single colorless mana and give a creature the Banding ability for the rest of the turn.

Are 1 Mana MTG Cards Any Good?

One mana cards are awesome. Not only are they cheap, they are often much more valuable than their casting cost. However, some 1 mana cards are simply fodder. It is fair to say that not all 1 mana cards are equally useful, but most of them are extremely effective.

How Many 1 Mana MTG Cards Should I Use In My Deck?

Depending on the sort of deck you’re running, a small handful of 1 mana cards is a safe bet. That said, if you’re running a deck of Goblins, Elves, Skeletons, or Zombies, you may want as many as 1/3 or your cards cost 1 mana.

Can You Win at MTG With 1 Mana Cards?

You can absolutely win at MTG with cards that cost 1 mana. However, it may be difficult to win the game with only 1 mana cards. So, make sure to keep plenty of more costly cards in your deck as well.