There are tons of different creature tribes in Magic: the Gathering, but some are much more numerous and varied than others. Out of all the potential creatures you could include in your deck, humans are among the most common.

With new humans being printed in just about every set, you’ll have no shortage of options to choose from. Because there are so many, it was hard to narrow down our post to just a few, but we’ve gathered what we feel are the best MTG human cards here.

We’ll explain why we chose each human card, as well as answer a couple additional questions about humans in Magic: the Gathering…

Use These Links to Navigate this Guide >>
What are Humans Like in Magic: the Gathering?
Best MTG Human Cards
Common Human Card Questions
Wrap Up

For most other tribes, it’s easy to give a general overview of what they’re like. Dragons and hydras are generally large creatures that make excellent attackers. Faeries usually have flying, tend to be in blue or black colors, and have various interactive abilities.

Humans aren’t the same. There isn’t really a high-level summary we can give of how they work in the game. The only thing we can really say about them is they all look like humans, and that’s about it.

You can find humans in every Magic color – black, white, red, green, or blue. Likewise, humans have an extremely huge range of abilities they can do. There isn’t one overarching theme that tends to dominate them.

No matter what kind of deck you’re building, it’s likely there’s a human card that would work perfectly in it. That’s how varied they are. 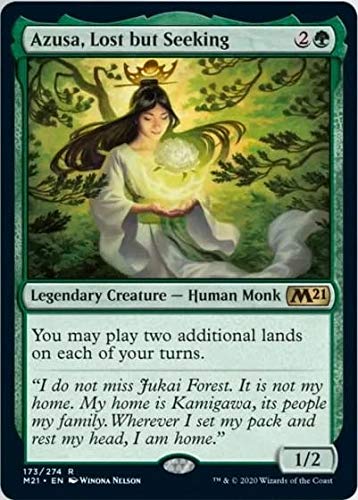 If you’re playing a deck with a lot of expensive-to-cast spells in it, Azusa, Lost But Seeking can help you ramp into the mana you need. Normally, you can only play one land per turn, and she lets you play two more on top of that.

With the ability to put out three lands per turn, you’ll quickly expand your mana pool and outpace your opponents. Provided you can protect her, she should enable you to cast your best spells much earlier in the game than your opponents will be able to. 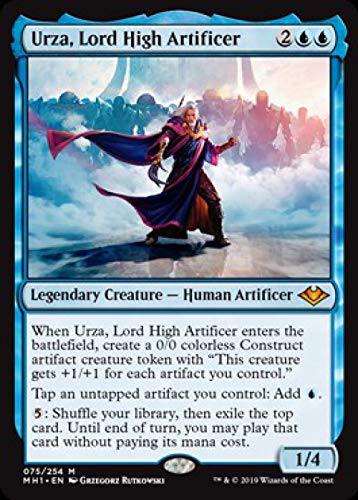 Playing an artifact-themed deck? You’ll want to consider putting an Urza, Lord High Artificer in it, as it’s one of the best artifact support cards out there.

When he enters the battlefield, he’ll create a token artifact creature that gets +1/+1 for every artifact under your control – including itself. It would be too easy to have the battlefield already stocked with artifacts when Urza comes out, so your token becomes a large threat to opponents.

What’s more, you can tap an artifact to add one blue mana. You could technically do this with multiple artifacts, using your artifact treasury as a mana source. 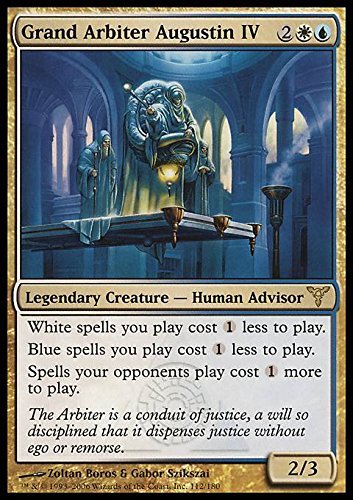 If you were to ask an experienced Magic player what one of the most powerful, controlling strategies in the game is, they’d say stax. Stax decks are decks designed to oppress your opponents, making it increasingly difficult for them to do anything.

And one of the best Commanders for a stax deck is Grand Arbiter Augustin IV. He will reduce the cost of both white and blue spells in your deck by one. Additionally, he’ll make your opponents’ spells more expensive for them to cast.

Since he’d give you access to either white or blue spells in a Commander deck, you’ll also have plenty of additional oppressive options to choose from. Blue and white both specialize in controlling the table.

She might look underwhelming at first glance, but Academy Rector is an infamously powerful old card. When you cast her, you have the opportunity to search for an enchantment in your library and put it out without paying its mana cost.

You’ll have to exile Academy Rector to do this, but it’s a small price to pay. There are all kinds of strong enchantments that can potentially turn the tides of the game in your favor. 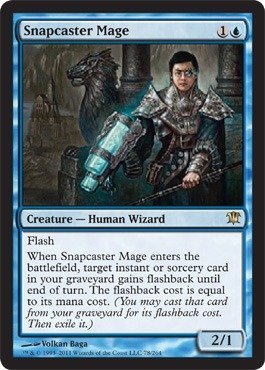 When it first came out, Snapcaster Mage was a card seasoned players were excited about for a few reasons. The first is that it has flash, which means you can cast it at instant-speed.

There are tons of instants and sorceries that can change the course of the game. Getting to cast them a second time is a major benefit.

The artwork on Michiko Konda, Truth Seeker conveys perfectly what she does. At a glance, she looks harmless, but she conceals a blade behind her back.

Likewise, your opponents will suffer if they choose to attack you or hurt you – even if you look otherwise defenseless. That’s because Michiko Konda will force them to sacrifice a permanent whenever they do damage to you. She’s an excellent card to play when you’re worried about defending yourself from armies of creatures or spells that would do damage to you directly.

Sakashima’s Student is a bit of a harder one to explain. In a nutshell, it can come out as a copy of any creature currently on the battlefield (including your opponents’ creatures). But what makes it especially effective is its Ninjutsu ability, which means you can pay two to swap one of your attacking creatures with Sakashima’s Student if that attacking creature wasn’t blocked.

This is absolutely destructive. Assuming someone else has a huge creature on the board, you can swap your unblocked creature with Sakashima’s Student and copy that huge creature.

Say, for example, someone else has a 10/10 on the board, and you attack with a 1/1. They choose to let your 1/1 creature through, thinking it’s nothing…and then you swap it out with Sakashima’s Student as a copy of their 10/10. This is what makes this card so phenomenal.

Here is another extremely oppressive card for your opponents to deal with. When Sanctum Prelate enters the battlefield, you can choose a number, and no one can cast any noncreature spells with a converted mana cost equal to your chosen number.

If you build your deck carefully, this can be a nightmare for your opponents to deal with while being relatively harmless to you. Many spells cost around three mana, for instance, so you could choose three to target a huge number of spells while avoiding incorporating that converted mana cost in your own deck. 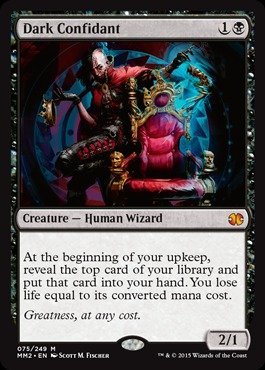 The reason we included Dark Confidant on this list is because he basically lets you draw an extra card each turn. At the start of your turns, you get to reveal the top card of your library and put it in your hand.

This stacks on top of your draw step. Basically, as we mentioned above, you’re getting extra automatic card draw. Being able to draw a card is well worth the cost of life you’ll pay the longer Dark Confidant is out – especially since there are numerous life gain cards that can help you make up for that lost life. 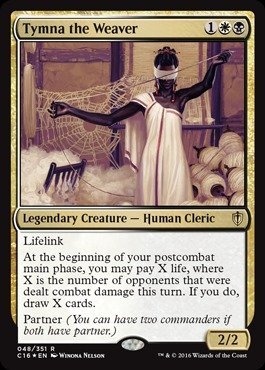 Tymna the Weaver is good mainly for the same reason as Dark Confidant: she gets you card draw. She works especially well in decks that are focused on combat with an abundance of creatures. The more opponents you’re able to attack and deal damage to, the more cards you’ll be able to draw with Tymna afterwards.

Of course, you will have to pay life for every card you draw. Again, though, that’s a small cost that you can easily make up for. In fact, you can even use Tymna to make up for it since she has lifelink.

What is the best white human card in MTG?

We included a few of the best white human cards on this list. If you asked us to choose only one, however, we would have to go with Academy Rector.

Academy Rector’s ability can totally change the outcome of a game. Chances are, if you see someone with an Academy Rector in their deck, they probably have some extremely powerful enchantment in their deck that will either win them the game or lead to a swifter victory.

Are there any human tribal commanders?

We would define a “tribal Commander” as a legendary creature card that in some way benefits all other creatures from the same tribe. By that definition, there are actually quite a few human tribal commanders to choose from.

One of the most noteworthy recent examples is Rick, Steadfast Leader, which we included a picture of above. As you can see, he gives all your humans two of the following abilities: first strike, vigilance, and lifelink. On top of that, he will give your humans a +2/+2 boost to their power and toughness if you have at least four of them on the battlefield.

Humans might seem like a boring tribe when you compare them to other fantastic tribes in the game, but the truth is they’re quite useful. There are thousands of humans to choose from, which means there are tons of powerful options to include in any of your decks.

Since there are so many human cards, they also encompass a range of strategies. Whether you’re trying to build a large army to attack with, oppress opponents, or draw lots of cards, there is a human card in the game that would be an excellent addition to your deck.