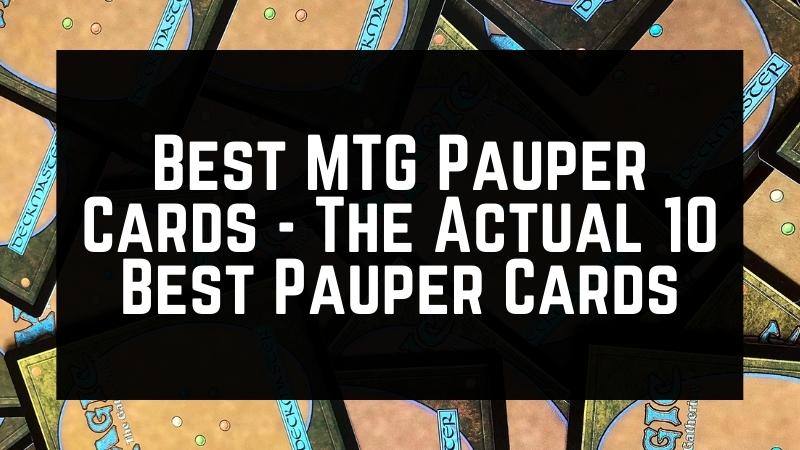 Pauper MTG is probably one of the most beloved styles to play for veterans of the game. Below, we discuss ten of the very best cards to consider inserting in your new Pauper deck! 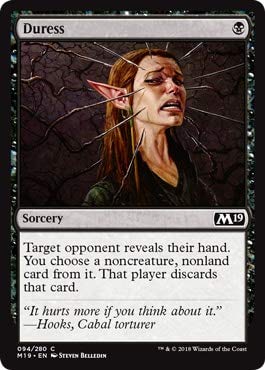 Duress is without a doubt one of the cards that is found in almost every Pauper deck ever made. And, with a single mana as its casting cost, there’s no question why this common card is on the top of our list.

A common black Sorcery card, Duress, allows you to target an enemy and make them reveal their hand. You also get to pick a noncreature card from it that the player must discard.

Sweet way to stop an awesome spell from wrecking you next turn, eh? 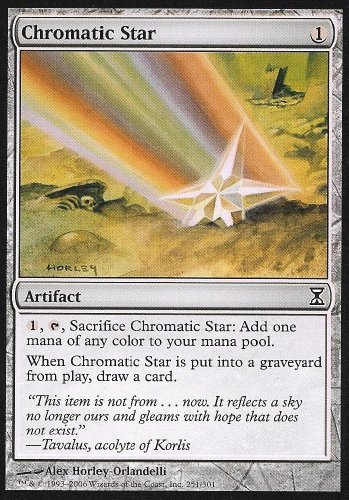 Chromatic Star is another common Pauper card that is crazy good for a single mana casting cost. An artifact card, Chromatic Star allows you to tap, sacrifice the card, and add 1 mana to add a mana of any color to your pool until the end of the turn.

Another perk of Chromatic Star is that when it hits the graveyard it puts another card into your hand. In a deck full of common cards, Chromatic Star stands out and makes a difference right when it needs to. 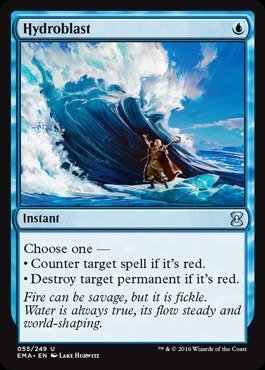 Would any list of the best MTG Pauper cards be complete without a mention of Hydroblast? Yeahhh, we didn’t think so either.

Hydroblast is a blue Instant with a single mana casting cost. This now Uncommon card used to be a Common, and is legal to play in Pauper.

It allows you to pick between countering a red spell or destroying a red permanent. The card may only be effective against red, but if your opponent is red, their as good as dead (metaphorically speaking, of course!).

4. Ninja of the Deep Hours 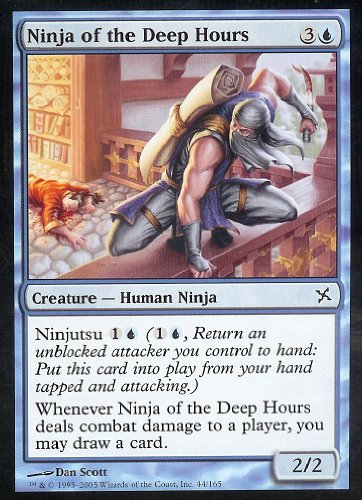 Ninja of the Deep Hours is a 2/2 Human Ninja with Ninjutsu abilities. It costs 3 colorless and 1 island to play.

… or so your opponents will be saying as this Ninja makes short work of their creatures. 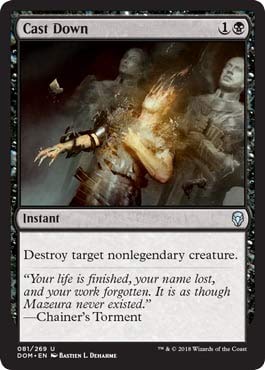 Cast Down is another affordable instant that really gets things warmed up between you and the opponent. When Cast Down comes into play, you get to destroy a target nonlegendary creature.

It is crucial to note that despite Cast Down being classified as an Uncommon, it has previously been classified as a Common. That mean’s this 1 colorless 1 swamp Instant is perfectly legal for your MTG Pauper cards collection and deck. 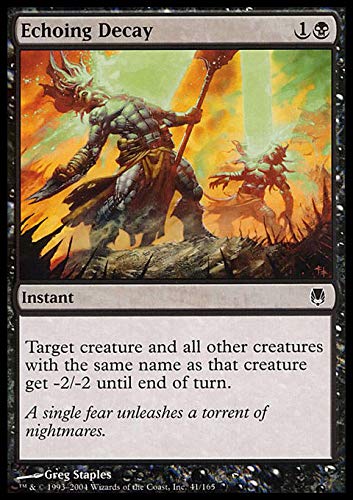 Echoing Decay is an excellent black Instant for black and multi-colored Pauper decks. The card comes into play for the cost of just 1 colorless and 1 swamp.

When Echoing Decay hits the board, look out! Choose a target creature, and BLAM!

The target creature, and all creatures with the same name, get a -2/-2 counter put on them until the end of the turn.

Echoying Decay is one of the best Pauper cards in MTG for wiping out a group of 1/1 or 2/2 creatures with the same name.

7. Thorn of the Black Rose 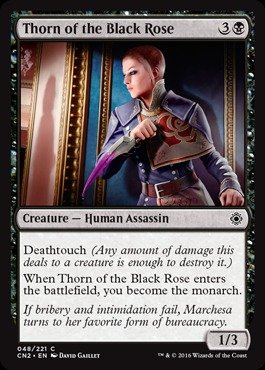 The Thorn of the Black Rose card is also a black card, a Human Assassin with a 3 colorless and 1 swamp casting cost. When this Assassin comes into play it is a 1/3 with the Deathtouch ability.

Even more, when this pretty little baby hits the field, you become the Monarch of the game. Boo-yah! How’s that for a common card? 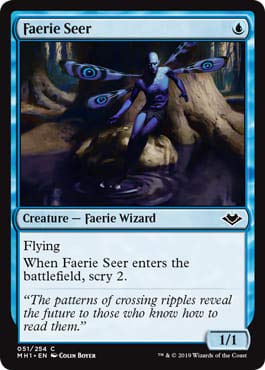 Speaking of wiping out 1/1 creatures with the same name, if your opponent gets a swarm of these bad boys onto the field in the early game you may just be in trouble.. Which is why YOU should get some of the flying Faerie Wizards into  your deck!

They may only be 1/1, but they also only cost 1 island mana and they come with flying and scry 2. That means you get to look at the top two cards in your deck when this card is played. 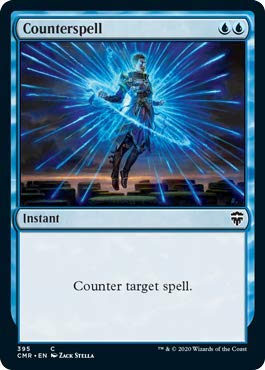 One of the most iconic counter spells in the game (I bet you couldn’t guess from the name, eh?), Counterspell is an absolute must for a great MTG Pauper cards collection or deck.

At the low price of just 2 island mana, Counterspell cancels out any target spell. It doesn’t get any more plain than that when you say, “Nice spell, but I don’t think so buddy!”.

Dispel could easily top the list of any player’s favorite MTG Pauper card. I mean, look at it! And, for only 1 mana!?

Who wouldn’t want this card in their Pauper deck?

For a single blue mana cast Dispel anytime, because it’s an Instant. When you cast it? A target enemy’s Instant is canceled. Ha!

How Do You Play Pauper MTG?

Pauper MTG is played just like standard MTG. The only difference in Pauper is that you can only use cards that are common. Uncommon, Rare, Legendary, and Mythic are all illegal in Pauper MTG.

Are Uncommon or Rare Cards Legal for Pauper MTG?

The only way an Uncommon or Rare card is legal in Pauper MTG is when it has previously been printed as a Common class card (or appeared on MTG Online as a Common).

How Do You Win at MTG with a Pauper Deck?

The joy in playing Pauper-style MTG is that winning is always hard-won. There are no Planeswalkers or Mythic Rares to save the plow through the enemies or Legendary Artifacts or Enchantments to aid you in your battle.

How do you win at Pauper? Luck and a well-balanced deck that allows for flexible strategy.