Looking for the best MTG Rogue Cards? You’re in the right place. Check out our list of the top 10 Rogue Cards in MTG along with the most common questions. 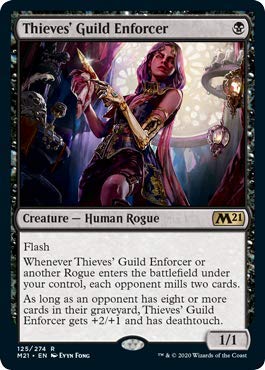 The Thieves’ Guild Enforcer is one of the best Rogue cards to come out in a while. It seems simple at first, but once you get it into play a few times you realize how diverse it really is. The card is great for early game aggression, graveyard play, blocking abilities, flash threats and more.

Thieves’ Guild Enforcer requires just one swamp land to bring into play, and is a 1/1 Human Rogue creature with really awesome abilities. For a price of just one black mana, there are few Rogue cards that pack such a powerful punch for such a little cost. 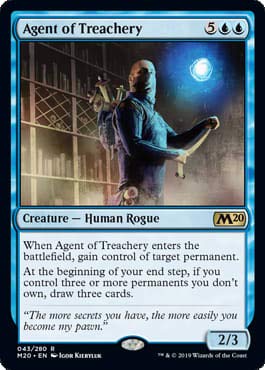 The Agent of Treachery card is another perfect fit for Rogue decks. This treacherous Rogue card costs 5 colorless mana and 2 water lands to bring into play, and you gain control of any target permanent that you choose.

You also get to draw three cards at the end of your end step if you happen to control 3 or more permanents that you don’t own. Clearly, the Agent of Treachery is a good go-to card for adding to just about any style Rogue deck. 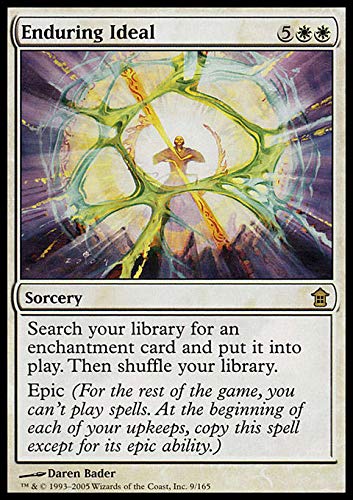 Another amazing card to play Rogue style is Enduring Ideal. With a mana cost of 5 colorless and two plains, you gain the epic ability to search your library for any enchantment card you choose and put it straight onto the battlefield.

The kicker is that due to the card’s Epic status, for the rest of the game, you can’t cast other spells. But regardless of that little drawback, for Rogue decks that benefit from particular enchantments, Enduring Ideal is a great card to have in your library. 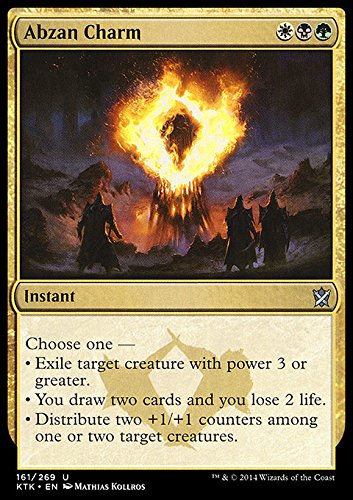 The cost to cast Abzan Charm is one plain, one swamp, and one forest, a very small price to pay for this Rogue friendly uncommon instant. When Abzan Charm enters the battlefield, you get to choose between exiling a target creature with a power of 3 or higher, drawing 2 cards and losing 2 life, or distributing 2 +1/+1 counters on a creature or two.

The card is extremely flexible, yet very strong if played properly. The only real downside is that your Rogue deck needs to have at least three sorts of mana in it for the card to be worth it. 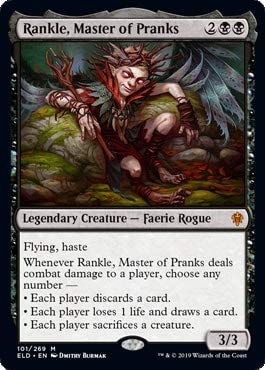 This legendary creature is a 3/3 Faerie Rogue card that costs a total of 2 colorless mana and 2 swamp lands. Rankle is a flyer with haste and a really cool roguish ability; everytime you deal combat damage to another player, Rankle lets you choose between having each player discard a card, lose one life point and draw one card, or sacrifice a creature. 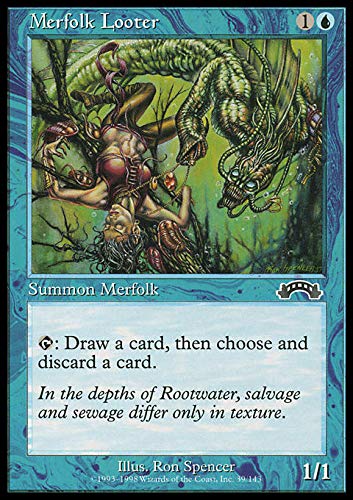 Sure, Merfolk Looter might not seem like a big deal at first glance, but the card has been around forever and earned its Rogue status for a reason. When Merfolk Looter first appeared, it didn’t even have a creature type, but over the years it has proven to be worthy of any Rogue deck.

Merfolk Looter is a 1/1 Merfolk Rogue creature that costs a total of one colorless mana and one water land. It comes with the ability to tap it each turn to draw a card and then discard a card. It’s clearly a perfect addition to Rogue decks. 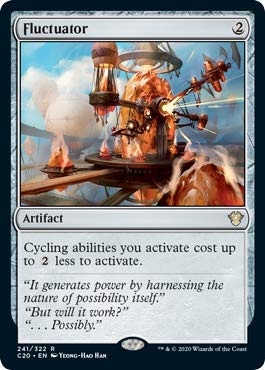 This card is a powerhouse for the right Rogue decks. Fluctuator is a colorless artifact of epic status. When it is on the battlefield, cycling abilities that you activate cost 2 less mana than they otherwise would. As you can see, this card keeps it short and sweet; if your Rogue deck relies on cycling, Fluctuator is a no nonsense card to include. 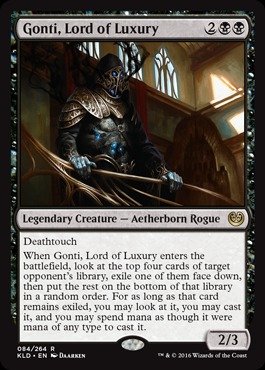 This 2/3 Legendary Aetherborn Rogue with death touch is a real bad boy. Gonti costs 2 colorless mana and 2 swamp lands to bring out onto the battlefield, but is very much worth the price. When the card enters the battlefield, you get to look at the top four cards in a target player’s library. After choosing one card and exiling it facedown, you get to randomly stack the other three cards into the bottom of the player’s library.

What makes this ability really awesome is that you get to look at the exiled card as often as you want (rubbing it into the opponent, perhaps?) and even cast it. To make the deal even sweeter, you can cast the exiled card as if it were any type of mana you wish. 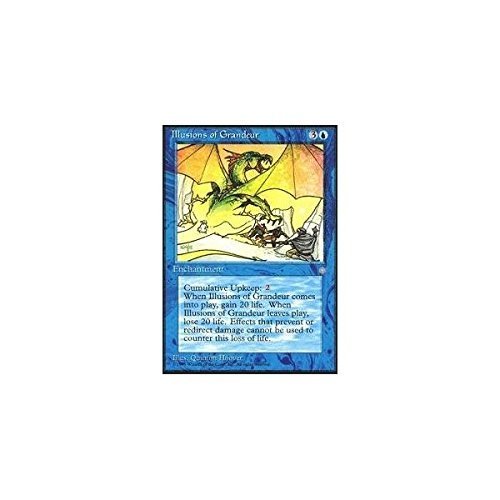 One of the greatest uncommon enchantment cards for Rogue decks ever, period, is Illusions of Grandeur. The blue card costs 3 colorless mana and 1 water land to cast. When it enters the battlefield you gain 20 life. Further, when it leaves the battlefield you can gain an additional 20 life. This card turns games upside down on the heads real quick.

It is also noteworthy to mention that if another player takes control, or is given control, of this card, they are now subject to the loss of 20 life when the card leaves the battlefield. Need we say more to prove how ruggedly roguish this card truly is?

This “little” card packs a much bigger wallop than at first it seems, especially given its relatively affordable casting cost of 2 colorless mana and 1 water land. When you play Donate, a target player of your choice gains control of a permanent that you control.

Keep in mind, if the card you “donate” to the target place is an Aura, it stays in place permanently. Donate may seem a bit underhanded, like many good Rogue cards do, but it can turn the tables rather quickly in certain sticky situations.

What is a Rogue Deck in MTG?

Rogue style decks are fashioned in a manner that they don’t fit into standard MTG metagames. This keeps opponents on their toes and never knowing exactly what to expect next. Black and blue milling and control type cards are some of the most popular for Rogue decks.

What Beats Rogue in MTG?

Escape cards are the best way to deal with and beat Rogue builds in MTG. As most Rogue decks rely on heavy milling, you’ll be able to give them slim-pickens’ and wreck their game plan by escaping and canceling some of their best cards.

Dimir Rogue decks are as good as they’ve ever been (which is pretty dang good). The main strategy behind these Rogue type decks is to defeat opponents by running them out of cards. By using evasion creatures and constantly milling opponents, Dimir Rogue decks do just that, kill players by making them fly through their cards and having nothing left to draw.

How Do You Beat Dimir Rogue?

The most effective and sure way to beat Dimir Rogue decks is to get out into the battlefield quickly and dominate it in the early game. That means including plenty of cheap cards in your deck, for quick creatures and affordable abilities. Also slip in escape and recursion cards to help shut down their graveyard play.