Playing MTG with a Voltron Deck against an unprepared or unlucky foe is similar to Godzilla stomping through a helpless city. Read on to find out which of the best Voltron Cards in MTG will help up your Voltron game forever. 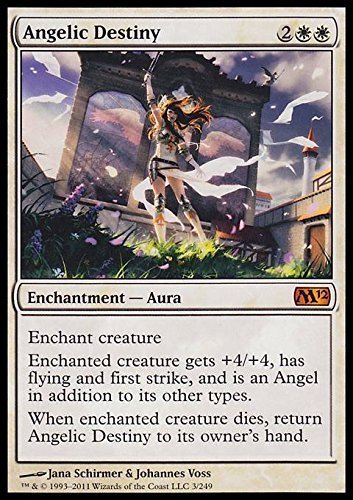 One of the very best Voltron cards in MTG is Angelic Destiny, a white mythic rare Enchantment – Aura that costs 2 colorless mana and 2 plains lands. Once on the battlefield, attached to a creature that you control, the card activates a +4/+4 boost to power and defense. 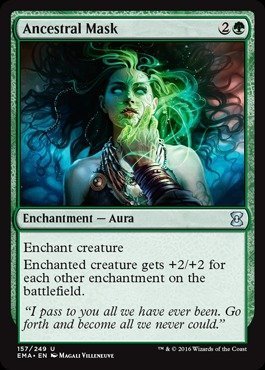 Ancestral Mask is another great Enchantment – Aura for bolstering your Voltron creature/commander when the time is right. It is green and costs 2 colorless mana and 1 forest land to cast.

When you bring Ancestral Mask into play, attach a +2/+2 booster to the creature you’re enchanting for each other enchantment on the battlefield (including those not owned by you!). Needless to say, this card can help you do some SERIOUS damage in the late game. 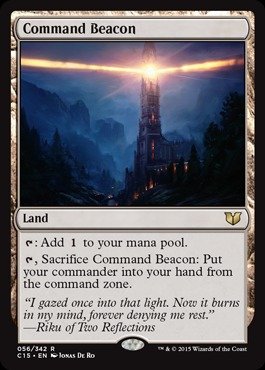 No Voltron deck is quite complete without a Command Beacon. This colorless land allows you to tap for a colorless mana of your choice, as well as tapping and sacrificing the card to put your commander back into your hand.

As you can clearly see, in a Voltron deck, Command Beacon is an absolute must. The ability to return your commander to your hand at will is an ability you don’t want to pass up. 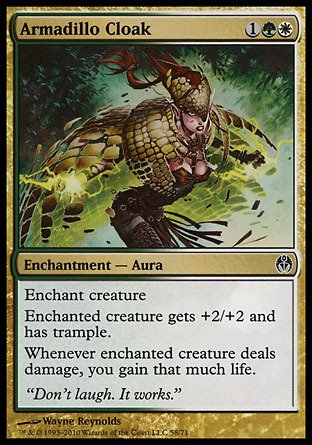 Armadillo Cloak is an uncommon red and white enchantment and is a great example of a multi-colored Voltron card to use for boosting your creature/commander. For 1 colorless mana, 1 forest land, and 1 plains land, Armadillo Cloak gives an enchanted creature a boost of +2/+2 as well as trample.

What makes Armadillo Cloak sweeter than the average card is that your enchanted creature pretty much has life-link ability as well. Whenever it deals damage, you receive the same amount of points in health. 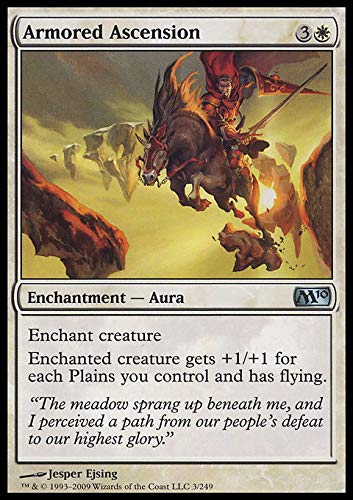 The Armored Ascension is a white Enchantment -Aura of the uncommon class. With a semi-affordable cost of 3 colorless mana and 1 plains land, Armored Ascension allows you to place as many +1/+1 counters on a creature as you control plains.

Further, Armored Ascension grants the enchanted creature flying as well.  For a Voltron game, there are few uncommon enchantments, of any color, that allow you to grow your creature or commander’s strength and defense as quickly and easily as Armored Ascension. 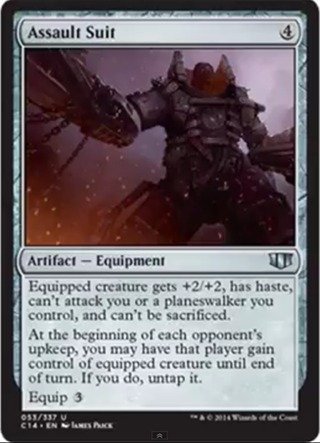 Assault Suit is another one of the greatest uncommon and semi-affordable cards for boosting commanders or creatures in Voltron decks. The card is classified as Artifact – Equipment and grants a creature or commander of your choice to gain a +2/+2 boost to power and defense.

The twist is that the creature or commander it is equipped on can’t be sacrificed, can’t attack you or your planeswalkers, but also has haste. Even more, at the beginning of each other players’ upkeep? You may have the player gain control of the creature with the equipment until the end of their turn. 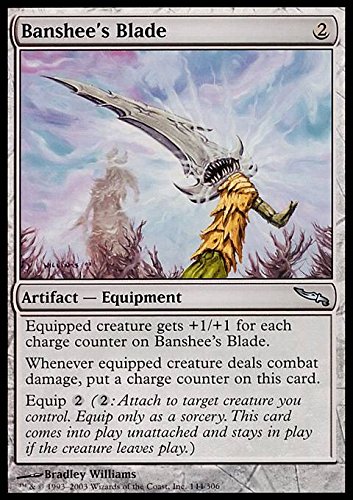 Creatures that deal damage, while Banshee’s Blade is equipped, gain 1 charge counter each time they deal damage. For each charge counter on the enchanted creature, the creature receives a +1/+1 boost to its power and defense. 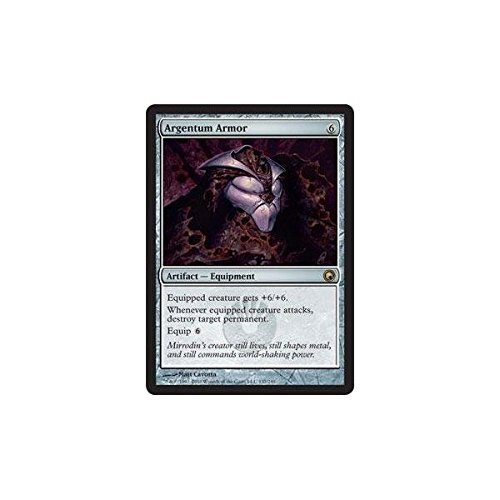 I know what you’re thinking. This guy, and Artifact Equipment, right? But, seriously, we’re talking about Voltron Cards here. Argentum Armor is an excellent piece of equipment for Commanders of creatures in Voltron decks. 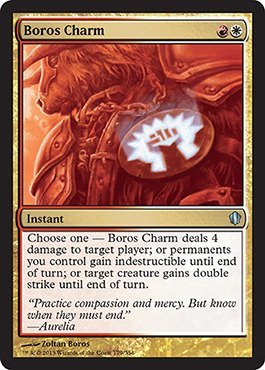 When you’ve got a strong Commander or creature on the field, and you’re playing Voltron style, you NEED strong Instant cards (at least one or two!) like Boros Charm. For 1 mountain land, and one plains land, the price is more than fair for the diverse spells it allows you to choose from.

Playing Boros Charm grants you one of the following Instant spells:

Need we say more? This versatile Instant gives you just the edge you need on a one-creature or Commander Voltron deck. 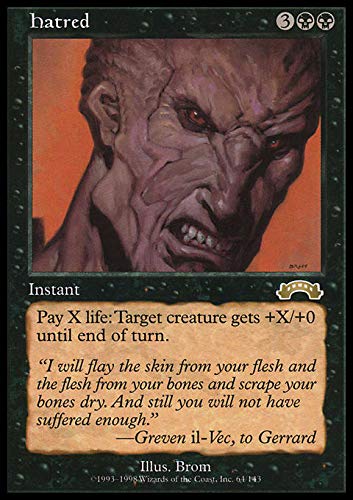 Despite the name, Hatred is all love, baby! This beautiful little rare Instant card here, with a casting cost of 3 colorless mana and two swamp lands, allows you to pump your Commander or Voltron creature up REAL fast.

Pay X amount of life (whatever number of life points you wish to pay), and transfer X amount of power with zero defense (+X/+0) to the target creature of your choice until the end of your turn.

Pro tip: Hold Hatred in your hand until your creature or commander is already attacking and dealing damage straight to a player or their largest creature. That means, don’t play the Instant until after the opponent has declared how they are blocking.

What is Voltron in MTG?

Voltron in MTG is a style of playing that involves getting one creature into play and rallying around the creature with every other card in the deck. Spells, enchantments, and auras are popular cards to find in Voltron decks, aside from Commander class creatures.

What is a Voltron EDH Deck?

A MTG Voltron EDH deck focuses on casting a single monster per game and using additional cards like instants, sorceries, enchantments, artifacts, and equipment to enhance the creature.

What is the Best Voltron Commander?

There is no singular Commander that is the “best.” That said, Narset, Uril, and Galea are often considered as the most powerful Commander cards in MTG. Keep in mind that much of a Commander’s power comes from other cards used in tandem with it.