Deathtouch is one of the surest abilities in MTG for taking down giant creatures. But, does it help vs trample?

Read on below and find out!

The Deathtouch mechanic is a static ability, as is Trample. That means neither one of these abilities needs to be activated because they are always “on”, so to speak.

Further, Deathtouch and Trample are honestly two of the most feared abilities that creatures can have in MTG. Both mechanics are extremely dangerous and hard for opponents to deal with. 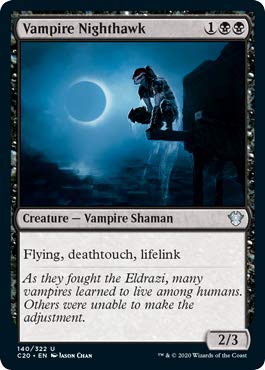 The Vampire Knighthawk is a fan-favorite Deathtouch creature. The card is of uncommon status, costs three mana to cast, and comes into play with Flying and Lifelink in addition to Deathtouch. The creature has strength and toughness of 2/3. 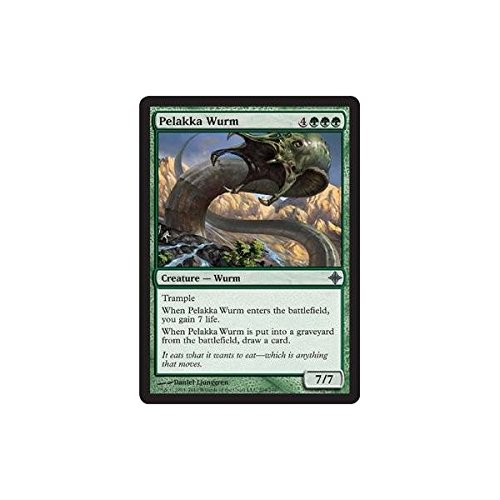 The Pelakka Wurm is a classic example of a giant green creature with Trample. It costs seven mana to cast and hits the battlefield with a 7/7 strength and toughness. In addition, the card grants you seven points of life gain when it enters the game, and draw a card when it leaves the field.

What Happens When Deathtouch Blocks Trample?

When a creature with Trample attacks a defending player that blocks with Deathtouch, the attacker dies as soon as it receives the touch of death from the blocker. Trample can not stop Deathtouch.

That said, in this case, it is one of the only rare occasions that Trample is able to be stopped in its tracks rather than continuing on to additional blocking creatures or the defending player themself.

What Happens When Trample Blocks Deathtouch?

When a player attacks an opponent, with a creature imbued with Deathtouch, and the defending player blocks with Trample; the blocker dies. Deathtouch can not be stropped by Trample.

FAQs About Deathtouch vs Trample

What if a creature has Deathtouch and Trample?

A creature with Trample and Deathtouch is the average Magic player’s worst nightmare on the battlefield. Once a single point of damage is assigned to a blocking creature, the remaining points must also be blocked/received. That means a 5/5 with Deathtouch and Trample would take 5 creatures of any strength to block it, and all 5 of them would die. In this scenario, the attacking creature wouldn’t receive any damage in return.

Does the remaining damage go through if Deathtouch kills Trample?

No, the remaining damage points do not go through to additional creatures if a creature with Deathtouch blocks it. For example, a 7/7 Trample creature attacks and a 1/1 Deathtouch creature blocks it; both creatures die on the spot and no additional damage is dealt.

Deathtouch is one of the only creature abilities that can and does stop Trample dead in its tracks.

Normally, once Trample damage is initiated and directed towards your first blocking creature each remaining point must be blocked by any additional creatures that you control and are available to do so.

But, when a creature with Trample comes up against Deathtouch, its first blows are also its last.

Thanks for reading! We hope we answered all of your questions about Deathtouch and Trample!