When you attack with a Double Strike creature, you get to attack twice in a row. That much is straightforward about the ability.

Read on below and find out the full and complete truth to this crucial MTG question!

Double Strike is a powerful albeit specific MTG ability. When your Double Strike creature is declared as an attacker or blocker the ability triggers. It does not trigger twice, no matter how many times it deals damage.

In other words, only the first attacking or blocking combat damage phase triggers the Double Strike ability.

Likewise, other abilities that are triggered by attacking or blocking are not triggered a second time due to Double Strike.

Once the initial combat damage of the first strike from your Double Strike creature is delivered, there are no additional triggers set off. 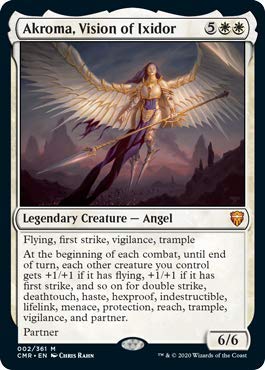 This mythic rare legendary Angel creature card is a great example of all that a powerful “Partner” card can bring to the table in Commander games. If your creatures have Double Strike when Akroma, Vision of Ixidor is in play, they gain a +1/+1 during combat(in addition to +1/+1 counters for each other ability they have).

What is the Exception to Double Strike Doubling Triggers?

Double Strike doesn’t set attack triggers off twice because only the first strike counts as a normal attack phase. The second strike is exactly like the first, but it doesn’t count(other than in terms of dealing combat damage).

How Does Double Strike Work Against Blocks?

Double Strike does not cause attack triggers to spring twice. Unfortunately, on that note, only the first strike phase of Double Stike attacks count as actually declared attacks.

The only effects that may be triggered twice are those that revolve around combat damage because Double Strike does serve two separate rounds of combat damage.

Thanks for reading, we hope we answered all your questions!