Does First Strike work on defense the same way it does on offense?

The question seems to be a popular one, but for some reason confuses many new players and vets alike. 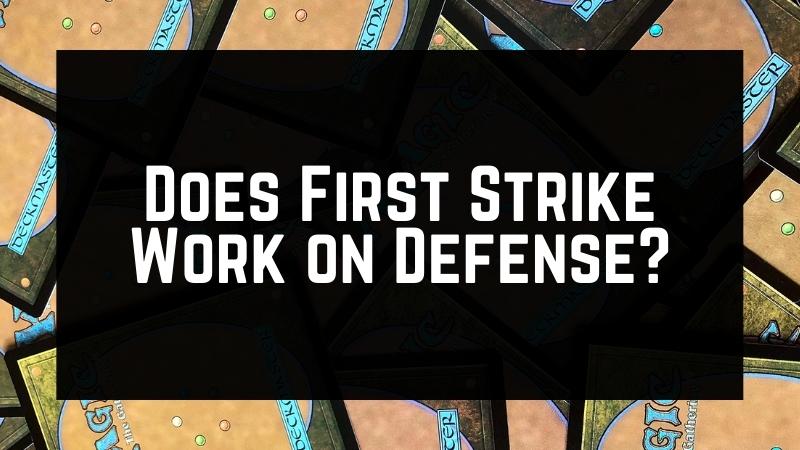 The answer is pretty clear-cut once you understand the whole story. Read on below and find out!

Does First Strike Work on Defense

First Strike is an ability that works any time the card is in combat with other creatures. So, yes, First Strike works on defense the same way it does on offense.

Whether you’re attacking or defending against attacks from opponents, doesn’t make the slightest bit of difference. When it comes to whether it works or not, if there is combat damage involved then the answer is “yes.”

That’s how it works and there’s no changing it, in general, though there are a few ways to stop it temporarily, or otherwise render it useless for a time. 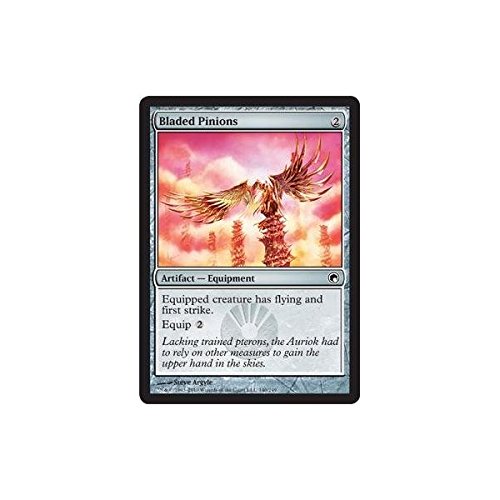 The Artifact Enchantment Bladed Pinions is an interesting card to say the very least. It also comes at a rather surprisngly low casting cost for such a helpful card.

When you play Bladed Pinions, you get to equip the card to a creature, granting it both First Strike and Flying. The card costs an addition two mana to equip. You may equip it to a different creature any time.

Further, if the creature wearing the Artifact Equipment is killed or destroyed, this card remains on the field. That means you can equip it to a new creature, granting them the same awesome abilities.

FAQs About Can You Enchant an Enchantment in MTG

Do Defending Creatures Have First Strike?

Only creature cards with descriptions that are clearly marked with “Frist Strike”, or are under the influence of a powerful card that is directly granting them such abilities, have the First Strike. Defending creatures with First Strike still get to deal combat damage first even though they are blocking vs attacking.

Does First Strike Always Work in a Fight?

First Strike always works in a fight because there is always combat damage associated with battles on the field. So, unless a player has some Instant spell to play, or a creature ability, that somehow removes the abilities of your First Strike creature, there is no stopping it from working in a fight.

Does First Strike Work Against Players?

First Strike does not work against players because it is a combat damage related ability. There is no combat damage exchanged between creatures and players. Players do not attack or block, so First Strike simply deals damage to a player as any creature would.

First Strike works with defensive measures as well as on attacking other creatures. Basically, whenever your First Strike creature is in a position to do combat with another creature, it works.

Thanks for reading. We hope we’ve answered all your questions!