Hexproof is one of the best protection keyword abilities in MTG, period.

But, does hexproof remove enchantments as well? 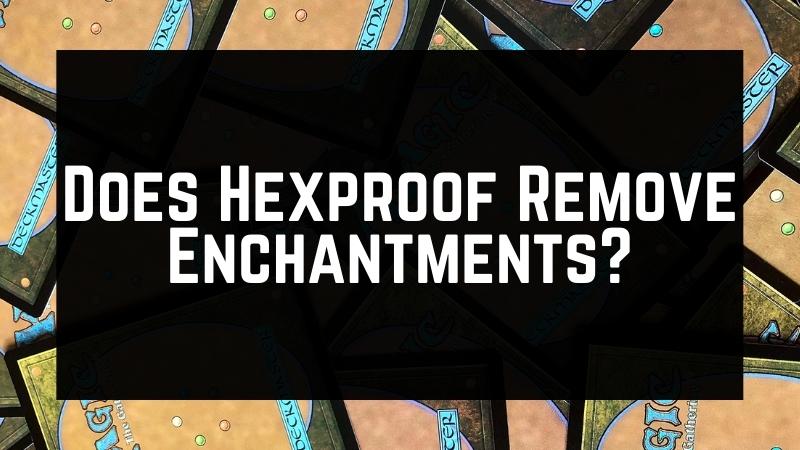 Read on below and discover the full answer in plain English!

Does the Hexproof Ability Remove Enchantments?

Hexproof is a static ability that protects your MTG cards from the spells and abilities of your opponents. That said, it does not protect you from anything that doesn’t actually target you.

In other words, Hexproof is only good for preventing spells and abilities that directly target your Hexproof assets. That means, for the most part, that the ability does not remove enchantments.

However, if a player attempts to place an enchantment spell on your hexproof creature or permanent, the enchantment is prevented and sent to the graveyard. Most of the time this is the closest that Hexproof comes to actually remove enchantments.

The Exception to the Rule

As with most rules in Magic the Gathering, there is an exception to the explanation above… surprise, surprise!

When a creature or permanent that you control on the battlefield becomes targeted by an enchantment, casting a Hexproof spell on the said card does indeed remove the enchantment.

This, however, isn’t always the case. The catch is that the enchantment must clearly state that it targets a specific card.

If the enchantment doesn’t include the keyword “target” somewhere in its description, Hexproof will not remove it or protect against its abilities/mechanics. 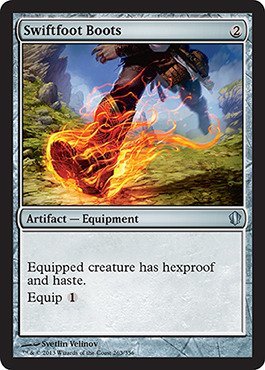 This classic Artifact Equipment gives a creature Hexproof and Haste. It costs just 1 mana to equip.

It is one of the rare Hexproof cards that you can play as an enchantment removal AFTER the opponent enchants a creature of yours.

Example of an Enchantment Card: Curse of the Bloody Tome 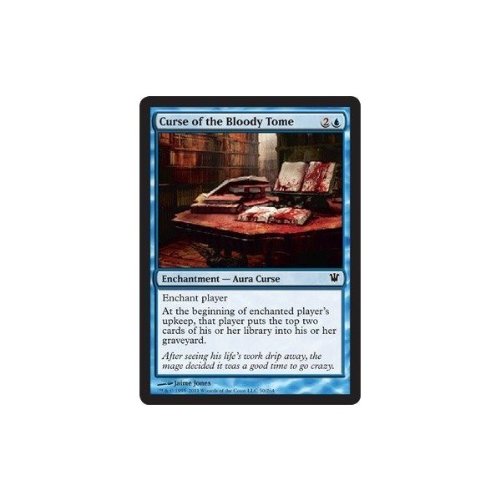 The Curse of the Bloody Tome is a blue Aura Curse Enchantment. Similar cards work in the same fashion, but target a creature rather than a player as this one does. There are few ways, other than a board wipe, to remove this enchantment once it’s placed on you by the opponent.

FAQs About Hexproof and Enchantment Removal

Do Enchantments Work on Hexproof Cards?

It depends on who the enchantment belongs to. If your opponent owns the enchantment spell, Hexproof may prevent it from being attached to the card it targets. That said, you may cast and place your own enchantments on your Hexproof cards.

When Does Hexproof Remove Enchantments?

Except in very rare scenarios, Hexproof does not remove enchantments. If the enchantment in question targets a single card, in particular, Hexproof may indeed remove it unless it has Hexproof, Shroud, or a similar ability itself.