Hexproof is a powerful protective ability, in fact, it is one of the best in all of MTG. But, does Hexproof stop exile?

Read on and find out below!

Does Hexproof Protect Against Exile?

Hexproof is an awesome ability, it protects your cards from being the target of spells and abilities controlled by your opponents. Honestly? MTG abilities don’t get much better than this one.

But, the question at hand here is whether or not the powerful ability stops exile or not. That said, the answer is not black and white; sometimes Hexproof does stop exile, and sometimes it doesn’t.

Below, we discuss both sides of the coin.

Exile spells and abilities that specifically target your Hexproof card are stopped dead in their tracks.

As soon as this type of exile spell that targets you are cast, they dissolve and go to the graveyard. There is no exception to this rule that we are aware of. 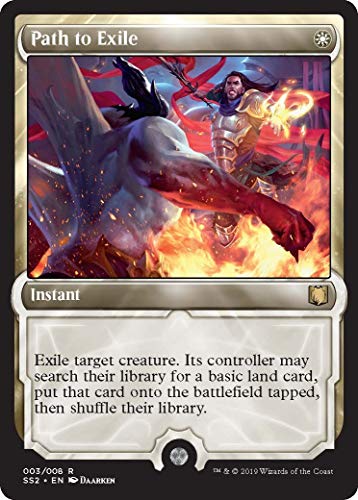 Path to Exile clearly states “Exile target creature.” Since it targets the creature directly, Hexproof stops it instantly. The rest of the card’s details don’t matter, because the card is dissolved and sent to the graveyard right away.

Exile spells or abilities that do not particularly target individual cards, but rather affect an entire card type on the battlefield, work like a charm even against Hexproof cards.

In other words, Exile-type board wipe spells slip right past Hexproof protection and still exile your card. This works only because this type of Exile spell doesn’t ever target your Hexproof card. 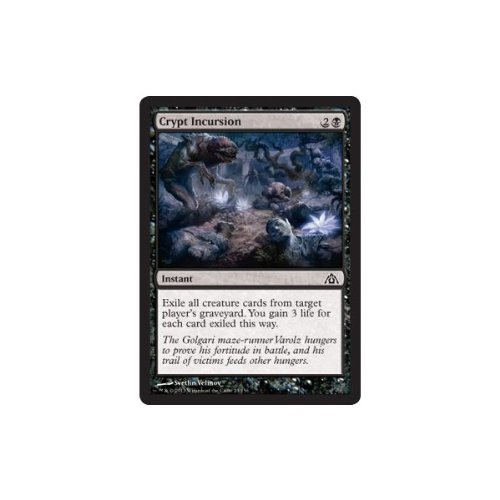 This black Instant card is the perfect example of an Exile spell that isn’t stopped by Hexproof(most of the time). Crypt Incursion Exiles “all creature cards”, the catch is that it is from a “target player’s” graveyard.

That means if the player themself has Hexproof, which is rare but can happen, the spell is stopped.

But, if they simply have Hexproof creatures, the spell is not stopped because it doesn’t target the creatures, it targets the player’s graveyard and the creatures inside of it.

Does Exile Always Work Against Hexproof?

Most of the time, Hexproof isn’t actually affected by Exile spells. The reason being is that the majority of Exile spells need a target. The only time Hexproof doesn’t stop Exile is when the Exile card is a board wipe type spell.

How Can You Be Sure If Exile is Hexproof?

The only way to be sure whether or not your Exile card will work against Hexproof or not is to read it very carefully. If the description of the Exile card doesn’t include the word “target” or “targets”, it won’t be stopped by the Hexproof cards’ limited protection.

Are Hexproof Cards Worth Using Against Exile Spells?

Absolutely. Few cards are more effective at warding off lower Exile spells than Hexproof ones. The only Exile cards that will destroy Hexproof cards are powerful board wipes.

Hexproof cards rock-and-roll, there is no question about it. Ask any MTG player and they will tell you the same thing.

That said, Exile spells are also all that and a bag of chips, for real-for real.

But, is one better than the other? Not really. Each has its usefulness and its limitations.

Pitted against each other, Hexproof typically comes out the winner(aside from when board wipes are involved).

Thanks for reading! We hope we cleared up any questions you had!