Regenerate is a nifty ability in Magic: The Gathering that allows you to bring back certain cards from the dead, read on below and discover exactly how it works and more!

How Does Regenerate Work MTG?

Regenerate is an ability (whether spell or otherwise) that allows you to bring a card back from the dead. The catch is, the only cards that may be regenerated are cards that have been destroyed. That means you can’t regenerate creatures that died unless they were targeted for destruction. 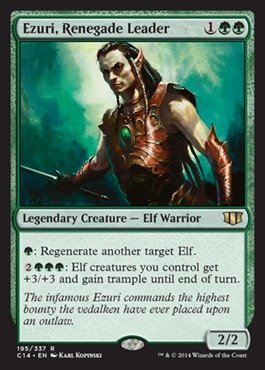 This card is an Elf Warrior Legendary Creature with the activated ability to regenerate another target elf for the cost of a single green mana. The creature also has another great ability that activates for 2 colorless and 3 green mana; giving +3/+3 and tramp to Elf creatures you control until the end of the turn.

Regenerate happens instantly after being played. Technically, most regenerate effects are activated abilities, though with recent and future expansions, regenerate in spell or enchantment version isn’t out of the question. At any rate, regenerate is instant.

How Does Combat Regenerate Work?

The combat regenerate ability works a bit differently than standard regenerate. More or less, combat regenerate puts your creature in a bubble of protection. The next time that said creature should be destroyed, the damage is removed. The catch is that this only works for combat damage, not damage from spells or abilities.

Depending on how you look at it, it may seem like regenerate ability actually stops the damage from being dealt to your creatures. In truth, it doesn’t. What it does do, however, is rewind time and make it like the damage never happened in the first place.

Is Regenerate an Activated Ability?

When it was first thought up and released by Wizards of the Coast, regenerate was solely an activated ability. The only time that it worked was when a creature with regeneration was dealt damage or sent to the graveyard. The ability would activate as soon as the card was removed from the field. Today, regenerate seems to be finding its way onto the board in more ways than just as an activated ability (such as in spells or enchantments).

Technically speaking, when regeneration is played, it is just like damage or destruction never happened to the card. The card returns to the zone it was in, with any counters on it that were already there. Auras, enchantments, equipment, and other attachments also regenerate unless they were destroyed separately.