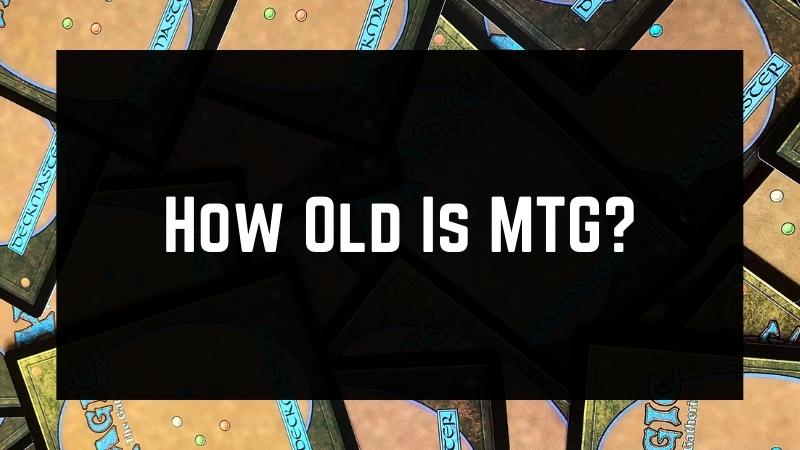 Magic: The Gathering, lovingly known as MTG by adorning fans around the world, is getting up there in age. But, how old is MTG? Read on below and discover the answer!

How Old is MTG?

Magic: The Gathering (MTG) is currently 28 years old (soon to be 29). The game was created by Richard Garfield and released by Wizards of the Coast in 1993. The game has grown a massive and loyal fan base over the years. Worldwide, hundreds of millions of people have played the game over the past three decades.

Take a look at this collection of old vintage MTG cards: 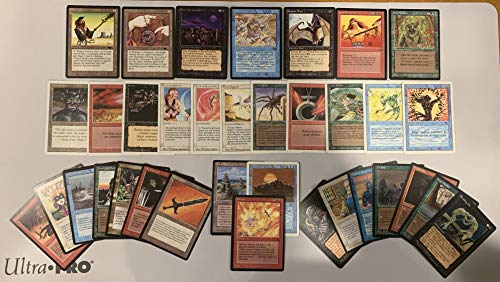 These cards come from the good-old early days of Magic, far before planeswalkers, powerful mythic rares, and playing formats like Frontier, Commander, and Pioneer were ever even thought up, let alone popularized.

When Was MTG Released?

The official Magic: The Gathering debut was way back in the summer of 1993 (August). The initial printing included over two and a half million cards. The game was a smash hit was fans and has been growing and thriving non-stop ever since then. It is still alive and thriving more than ever, three full decades later.

How Old is MTG Arena?

Magic Online has been around for two decades, believe it or not. Players have been battling it out online in the MTG Arena for approximately 20 years now. From the looks of things, they’ll continue to do so for a long time to come. Though, seeing a new interface would be nice!

What MTG Set is the Oldest?

The oldest set out there is ALPHA. Technically, ALPHA, BETA, and UNLIMITED EDITION, are all the same age and viewed as one set. Many of the original cards from the ALPHA set, in decent condition, are rather valuable and well-sought after by new and old players alike. There were only a few million cards ever printed from the series.

This card is from the ALPHA series (the oldest MTG set): 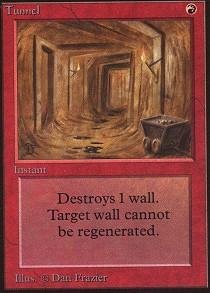 This Instant, Tunnel, is a classic Instant card that allows you to destroy a target wall of your choosing. Walls were a big thing at the time (walls with 4, 5, even 7 or 8 toughness were not uncommon then) and cards like Tunnel were absolutely dreaded on the battlefield.