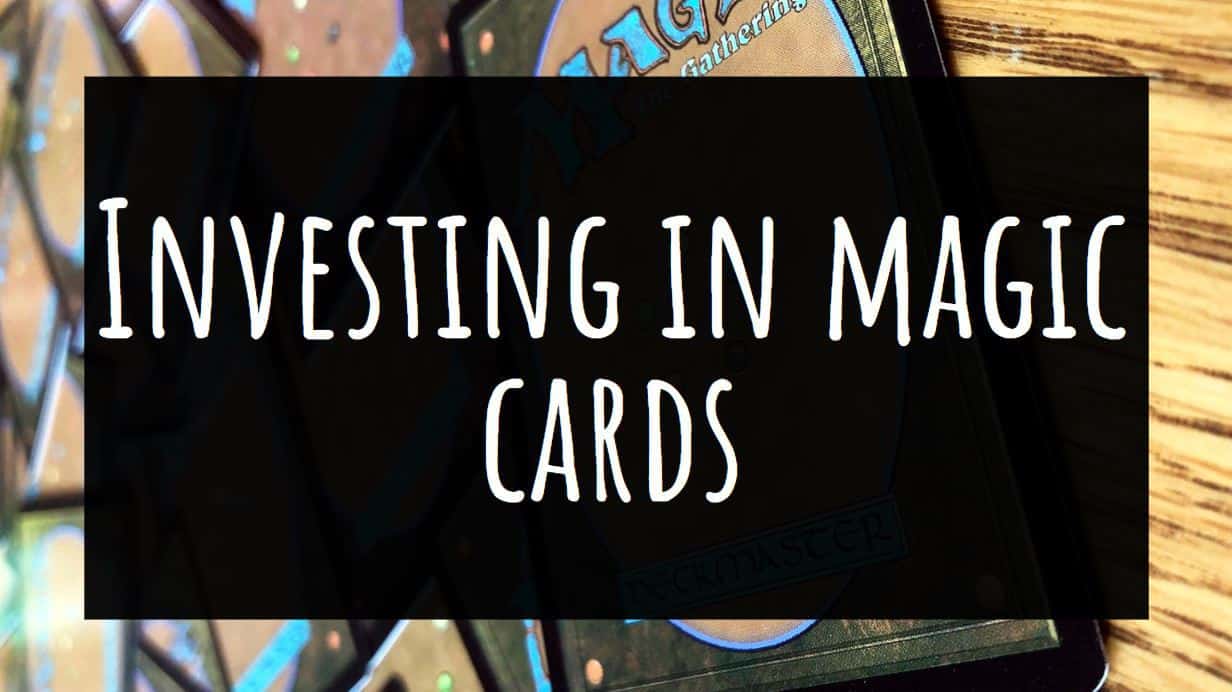 Magic: the Gathering is a popular card game played by millions of people. Because so many people play it, there’s a bottomless number of reasons for playing.

Some enjoy the deck-building, making crazy combinations or decks that work like fine-tuned machines. Others play to socialize with their friends.

There are even some people that treat the game like a stock market, investing in Magic cards like they would in stocks. This is an interesting approach that many are curious about.

Why Invest in Magic Cards?

It seems like a card game shouldn’t be valuable. After all, it’s just a game, right?

That’s not the case when it comes to Magic. Like baseball cards, stamps, coins, or any other collectible, there are quite a few cards that hold their value simply because they’re so rare.

True, there are plenty of card games that have fallen by the wayside over time, making their cards essentially worthless. This is a concern you might have with Magic: the Gathering if you’re worried about investing in it.

But keep in mind that Magic has been around for almost thirty years (since 1993, to be precise). In all that time, its popularity has been fairly consistent, and it doesn’t show any sign of slowing down. Magic players are dedicated to the game, steadily and loyally building collections over the course of years.

And where there’s a loyal audience, there are people always willing to pay for more. If you happen to have a particular rare card, you’ll find that there are more than a few people eager to pay top dollar for it.

How Do You Invest in Magic?

So how exactly do you begin investing in Magic cards? First, look at the reason you invest in something in the first place: because you think it will have value that you could potentially profit off of.

Knowing this, your first step (and biggest challenge) will be determining which Magic cards are most valuable and uncommon. These are the cards you’ll want to keep around.

Once you determine which cards are particularly valuable, your next step is simple: purchase them. If you can get multiples, even better.

It may seem extremely expensive to get multiples of rare cards, but this isn’t always the case. If it’s too expensive for you at a given time, add it to a wishlist and keep checking back on it. Prices occasionally drop or there could be sales; these are the perfect times to snatch up otherwise costly cards.

Another way to invest is to purchase booster boxes from each set. You can also purchase constructed decks that are released. As you get these things, resist the urge to open them – leave them sealed, and wait.

Over the course of a few years, your unopened boxes and packs will increase in value. The more popular and powerful the set is, the more valuable boxes from that set will become in time.

What MTG Cards are Worth Money? 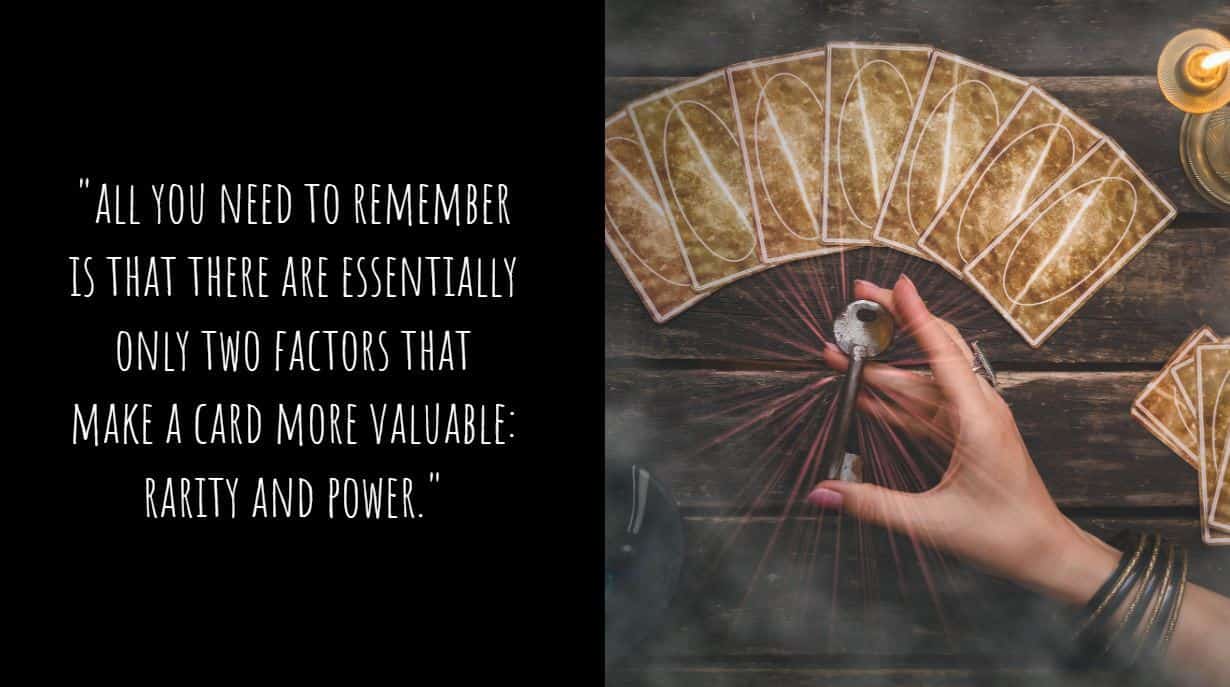 Deciding which Magic cards are worth the greatest amount of money is the part that will take the most work on your part. To make it easier, all you need to remember is that there are essentially only two factors that make a card more valuable: rarity and power.

Magic: the Gathering cards have different rarity levels such as common and mythic, but this isn’t necessarily what we mean. What we mean by saying rarity is how difficult it is to find a particular card or how often it’s been reprinted.

Cards that have not been reprinted a lot are naturally harder to find, which makes them worth more. This is why Masterpieces are oftentimes worth so much, and are a good choice for investing.

Cards from older sets that haven’t been reprinted much or at all are also usually pretty valuable. This is because the older a card is, the harder it is to find it…especially if it hasn’t seen reprints in newer sets.

Second, there’s power level to consider. If a card is particularly useful, it tends to be in higher demand, which is reflected in the price. This is one of the reasons why artifacts are among some of the most expensive cards in the game – they can usually be used in decks of any color, and some of them have amazingly strong effects.

What is the Rarest Magic Card?

If you want an example of one of the most valuable and rare Magic cards in the world, look no further than Black Lotus.

The perfect combination of rarity and power is displayed in this famous card. It gives you free mana (an extremely powerful effect!) and hasn’t seen frequent reprinting. As such, it’s incredibly coveted…and recently sold for around $166,000 in an auction.

If someone were to tell you that they were trying to invest in Magic cards, you might be inclined to give them a disbelieving look. But if you look into the matter, you can find that this isn’t such a bad idea. If you’re already a Magic player, purchasing certain cards can make your collection even more valuable.

You know that they say: if you're good at something, never do it for free. With the right strategies and purchases, you can turn Magic: the Gathering from a hobby into something that potentially has some returns, just like stock investments.