Home » MTG » MTG Artifacts with Intimidate (Have You Heard of All of Them?) 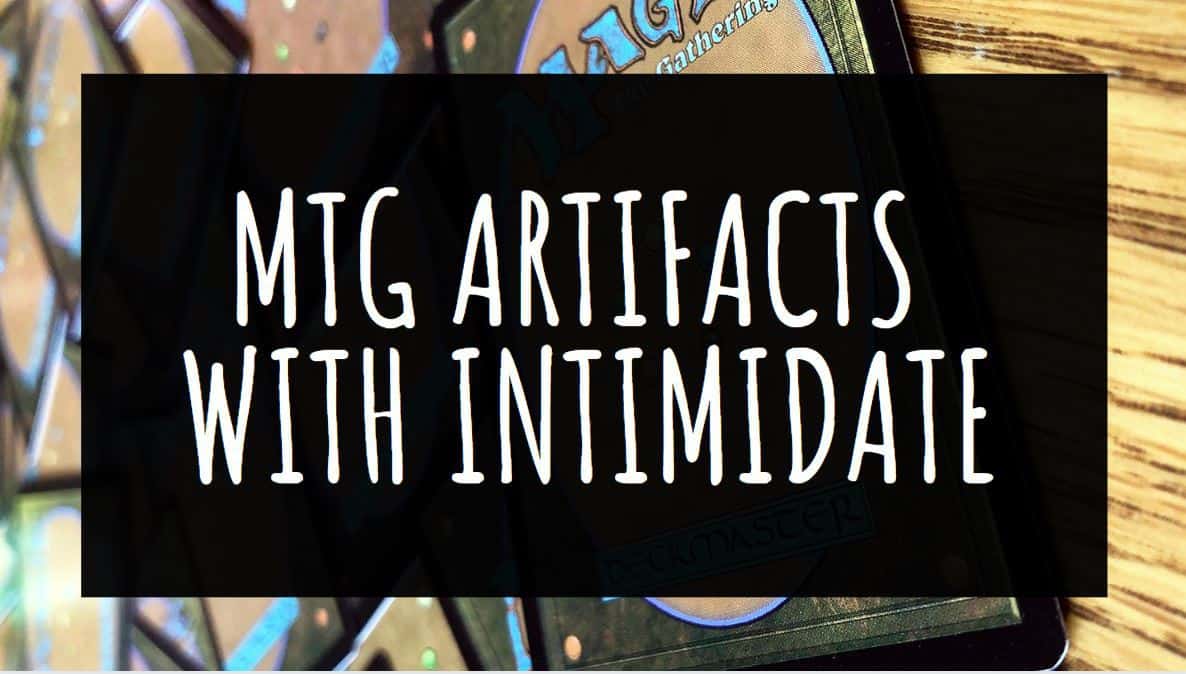 Have you ever been thwarted by your opponents’ seemingly impenetrable wall of creatures in MTG?

Battles in the game can quickly become epic. Opponents can build up ranks upon ranks of creatures to block you with.

There are many ways you could get around this if you want to attack an enemy directly. One rather uncommon way is by using the ability intimidate.

If your creatures don’t already have intimidate, it can be difficult to give them the ability. There are, fortunately, a small number of artifacts that do so.

In this guide, we’ll show you MTG artifacts with intimidate.

Let’s jump into it.

Use These Links to Navigate this Guide >>
What is Intimidate?
MTG Artifacts with Intimidate
Wrap Up

Intimidate is an ability that affects how creatures with it can be blocked.

If your creature has intimidate, it can only be blocked by artifact creatures or those who share the same color as it. Depending on what colors you’re playing, or whether your opponents are using a lot of artifacts, this can get tricky.

Nowadays, though, intimidate is honestly kind of rare. It first appeared in Zendikar in 2009, but had a relatively short run compared to some other abilities.

The last time it was printed on a card was in the Commander 2017 decks.

Vela the Night-Clad, a Commander used for one of those decks, is an example of a creature with intimidate. Not only that, but she gives all other creatures under your control intimidate, as well.

If you’re interested in using intimidate, she’s definitely worth looking into.

Since it’s a kind of uncommon ability, predictably, there aren’t a whole lot of artifacts with intimidate currently.

Most of the artifacts on this list give intimidate to a creature it’s equipped to. There is one noteworthy exception, though, which actually becomes a creature with intimidate.

These are the artifacts with intimidate: 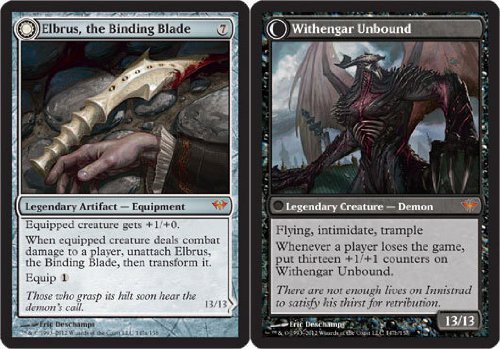 This is maybe the most interesting artifact on this list. It starts off as an artifact that gives a small +1/+1 buff to a creature, but when that creature manages to deal combat damage to a player, the artifact changes into a demon.

If you’re looking specifically to give a creature intimidate, you’ll want something more like Executioner’s Hood.

All it does is give a creature you equip it to intimidate. As such, it doesn’t necessarily have a lot of uses, but it may help you get through a line of blockers. 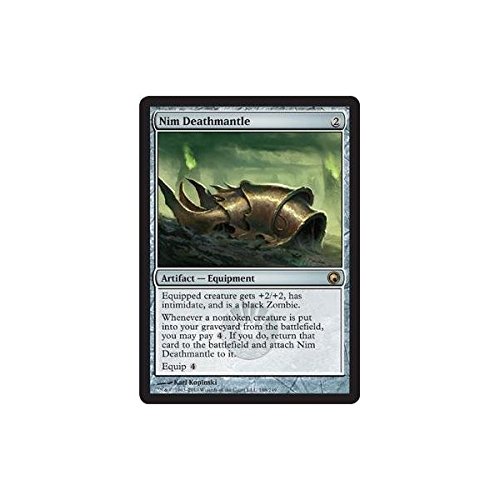 This is a pretty useful artifact, because it’s not limited to just providing a creature with intimidate. It can also bring back a creature from your graveyard.

So if you lose a creature that was integral to your strategy, you can simply pay four mana and bring it back with Nim Deathmantle. And when it comes back, it does so with a twist: it gets a +2/+2 buff to power and toughness, it gains intimidate, and it becomes a zombie.

Intimidate can be a pretty helpful ability when you’re facing down an army of creatures that could block yours.

If we had to recommend one card over all the others on this list, we’d recommend Elbrus, the Binding Blade. Its mechanic of changing into a massive 13/13 demon will give you an extra creature to attack with.

Your opponents will undoubtedly feel the pressure when the blade changes. Furthermore, this demon gets even better when you’re playing against multiple people.

Why? Because every time an opponent loses, it gets a boost of +13 to both its power and toughness. If your remaining opponent or opponents don’t have anything to respond to a potentially 26/26 (or more) demon with, the game will end in your favor pretty quickly.

Of course, you’ll need to find a way to protect your demon if you use this card. You might want to consider using artifacts with hexproof – and we have a guide on them right here.