When these black creatures enter the battlefield, your enemies will quiver with fear. Read on and discover MTG’s best black ETB creatures. 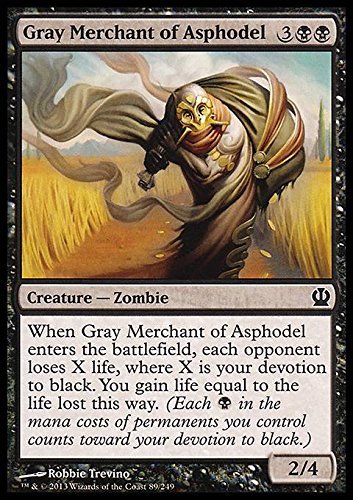 Gray Merchant of Asphodel is a black ETB creature with a power of 2 and a toughness of 4.

The card costs 3 colorless 2 black lands to cast out onto the battlefield and is worth every mana.

When Gray Merchant of Asphodel enters the battlefield, each of your enemies loses X life. X is your devotion to black.

The best part? You gain X life in this scenario. 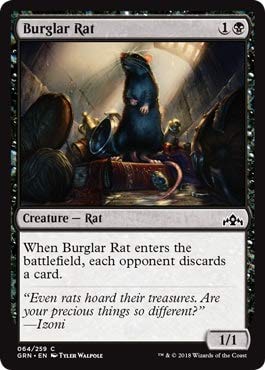 Burglar Rat is a 1/1 Rat creature with a low casting cost of 1 colorless and 1 black.

When the card enters the field, every opponent in the game must discard a card.

If you have 3 or 4 of these cards in your deck, you can really screw with your opponent’s plans. 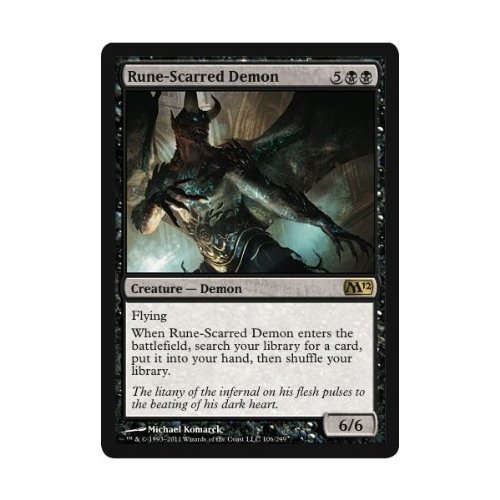 The third card on our list of MTG’s best black ETB creatures is none other than Rune-Scarred Demon, a rare black card.

Rune-Scarrred Demon has a power of 6 and a toughness of 6 as well as flying.

Its ETB ability? Search your deck for a card and put it into your hand and then shuffle your deck.

The only downside to this big bad boy is it’s relatively high casting cost of 5 colorless and 2 black mana. 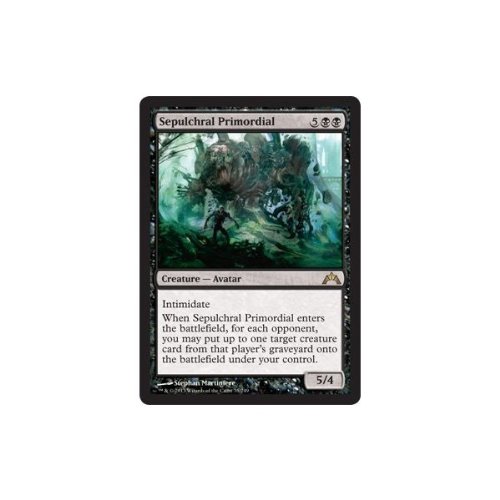 Sepulchral Primordial is a black Avatar creature of the rare sort. The creature has a power of 5 and a toughness of 4.

The card has Intimidate in addition to being a heavy hitter.

When it enters the battlefield? You get to choose a creature from each enemy’s graveyard and stick it into play on the battlefield under your control.

The bad part is that it has an expensive mana cost of 5 colorless and 2 black. 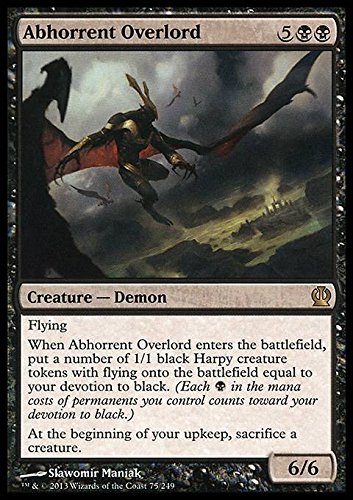 Abhorrent Overlord is a 6/6 Demon creature of rare status. It has a high mana cost of 5 colorless and 2 black.

Aside from being a heavy hitter, Abhorrent Overlord is also a flyer.

When this Overlord enters the battlefield, you may put as many 1/1 black Harpy creatures with flying onto the field as you have black lands and permanents on the board.

The only downside is that you need to sacrifice a creature at the beginning of your turn, as long as the card is on the field.

The Big Game Hunter is a 1/1 Human Rebel Assassin of the uncommon class. It has a casting cost of 1 colorless and 2 black mana.

When he enters the battlefield, you may destroy a creature that your enemy controls so long as it has a power of 4 or higher.

If you destroy a creature with the ETB creatures ability, that creature can not be regenerated. 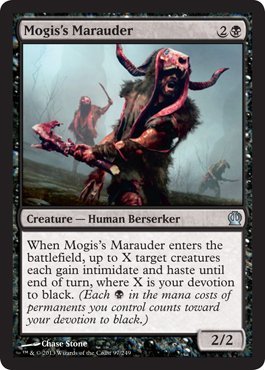 Mogis’s Marauder is another uncommon black creature card, a Human Berseker to be more precise.

This Berserker has a power of 2 and a toughness of 2, and a casting cost of 2 colorless and 1 black mana.

When Mogis’s Marauder enters the battlefield, X of your creatures gain haste and intimidate until the end of the turn. X is your devotion to black.

That means you can attack with all of your creatures, and they can’t be blocked, on the turn that you play Mogis’s Marauder.

8. Priest of the Blood Rite 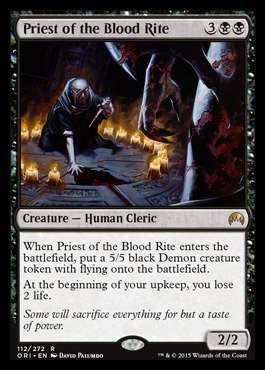 The Priest of the Blood Rite is a 2/2 Human Cleric of the rare class. It has a cost of 3 colorless and 2 black mana to cast onto the field.

A creature with 2 power and 2 toughness, at the beginning of your upkeep you need to pay 2 life. 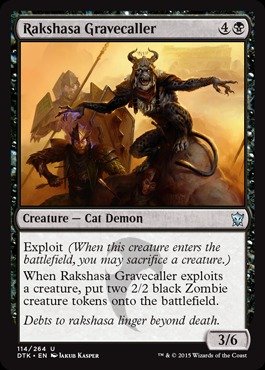 The only Cat Demon on our list is this uncommon 3/6 black creature card, Rakshasa Gravecaller.

The Gravecaller has a casting cost of 4 colorless and 1 black mana.

Rakshasa Gravecaller has Exploit, which means you may sacrifice a creature when he enters the field.

Further, you also get to put two 2/2 black Zombie creatures onto the battlefield under your control when this card enters the game. 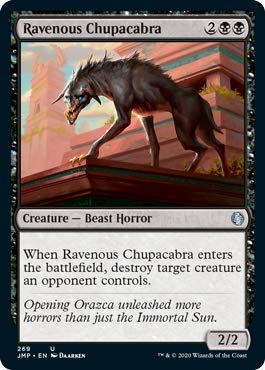 With a casting cost of 2 colorless and 2 black mana, RAvenour Chupacabra is a steal of a deal.

When it enters the battlefield, this card allows you the ability to destroy a target creature that an opponent owns.

What Does Black ETB Creature Mean in MTG?

Black ETB creatures in MTG are creatures of the black school that have activated abilities that are triggered only when they enter the battlefield. ETB abilities may be triggered when a card enters the field, regardless of where it is from your hand or from your graveyard, or even from exile.

Are Black ETB Creatures Really Worth It?

Absolutely. Black ETB creatures are totally worth it. Not only do they have abilities that put a serious hurt on your enemies, but they tend to be all-around versatile or heavy-hitting creatures in general.

What Are The Best Black ETB Abilities?