Deathtouch is one of the most feared abilities of MTG creatures. Find out why these 10 are our top picks for MTG’s best Deathtouch creatures. 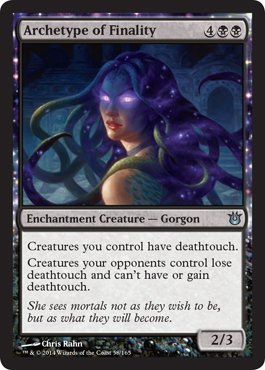 Don’t let the 2/3 power and toughness of this Enchantment Creature fool you, it is one heck of a card.

An uncommon black Gorgon creature with Deathtouch, Archetype of Finality bestows Deathtouch upon ALL of your creatures so long as it is on the battlefield.

Even better though, and part of the reason it’s so high on our list of MTG best Deathtouch creatures, while Archetype of Finality is on the board, your opponents can’t have creatures with Deathtouch.

If the enemy has Deathtouch creatures, the creatures lose the ability and can not gain it back. 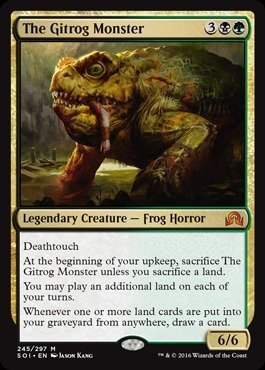 The Gitrog Monster is a mythic rare multi-colored card of the black and green school, with Deathtouch.

This big guy has 6 power and 6 toughness and allows you to play an extra land on each of your turns (if you have an extra one in your hand).

The downside is that you must sacrifice this LEgendary Frog Horror creature unless you sacrifice a land in its place.

That said, whenever a land card is put into your graveyard (from sacrificing or otherwise), you may draw an extra card right then and there. 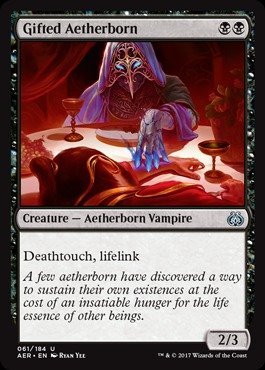 A classic Deathtouch creature card worthy of any deck is the Gifted Aetherborn.

An Aetherborn Vampire of uncommon status, it has a casting cost of just 2 black mana.

Gifted Aetherborn comes into play as a 2/3 creature with Deathtouch and Lifelink.

That means when you deal damage to a creature or player, you gain that much health. Plus, the creature automatically dies no matter how tough it is. 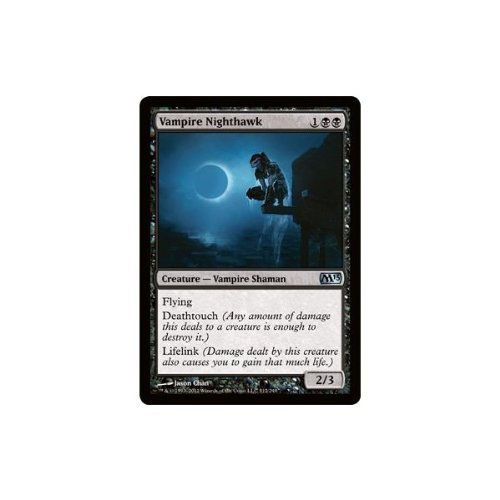 Vampire Nighthawk is another classic among MTG’s best Deathtouch creatures.

With a more than fair casting cost of 1 colorless and 2 black lands, this Vampire Shaman has flying, Deathtouch, and Lifelink.

Vampire Nighthawk allows you to block flyers, and kill them on impact (no matter how strong they are).

It also allows you to swoop right over ground-based troops controlled by enemies and deal them direct damage (and gain health each time you do so). 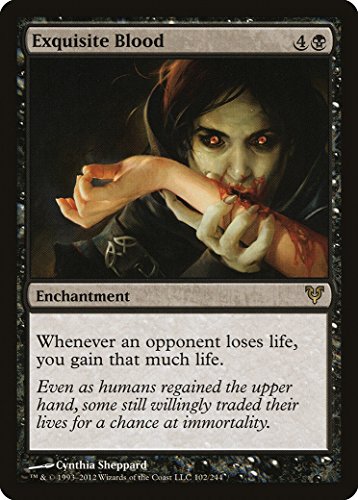 Exquisite Blood is not exactly a creature, but it does affect your creatures.

In a roundabout way, when this card is on the battlefield, all your creatures gain pseudo-Deathtouch.

Whenever your enemies lose life points, you gain that many life points.

If you ask us, that makes it more than worthy of a spot on this list. 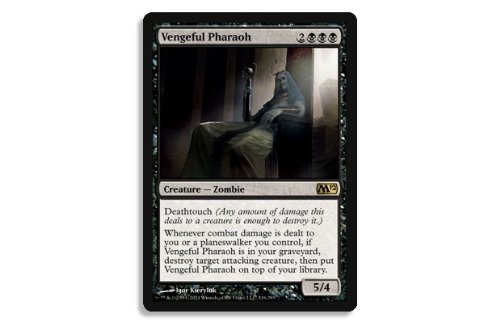 Vengeful Pharaoh is a rare black Zombie creature with Deathtouch.

This powerful Zombie card has 5 power and 4 toughness, making it a heavy hitter regardless of its Deathtouch status.

The casting cost is 2 colorless and 3 black mana. But, it’s well worth it.

Whenever damage is dealt to you or a Planeswalker of yours, if Vengeful Pharoah is in the graveyard, you may destroy the attacking creature.

If you use Vengeful Pharaohs ability to destory an attacker, you may put him on the top of your deck. 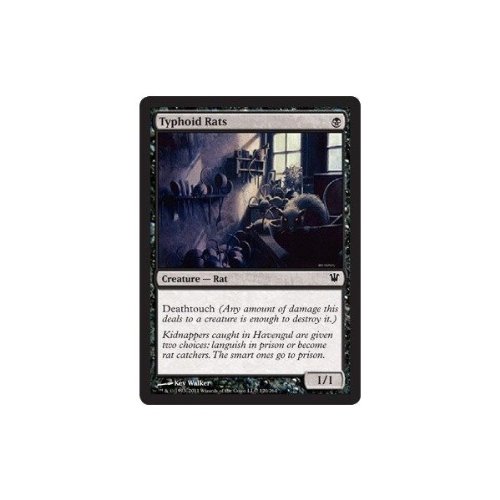 Typhoid Rats is one of the most iconic of MTG’s best Deathtouch creatures, regardless of the fact that it is only a 1/1 creature.

The casting cost of Typhoid Rats is a ridiculously low 1 black mana, which makes the card what it is; one of the cheapest Deathtouch creatures in the entire game.

This card is the perfect pinger, period. 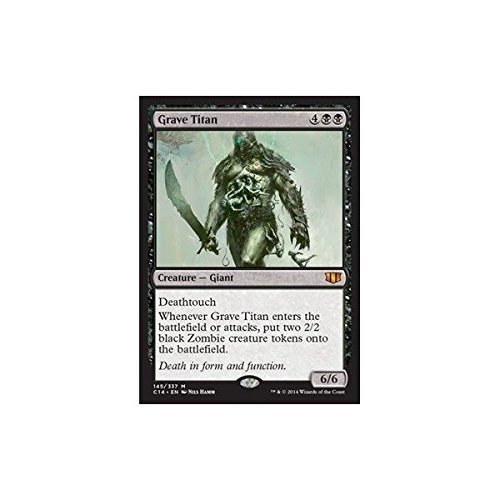 Grave Titan is an enormous Giant creature of the mythic rare status. It has a power of 6 and a toughness of 6 as well.

Likewise, whenever Grave Titan attacks, you may also add two 2/2 black Zombies to the battlefield. 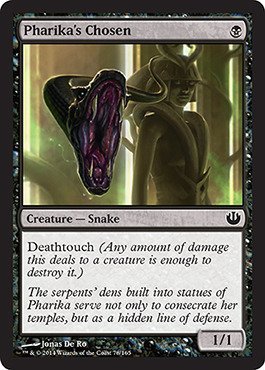 Another classic pinger with Deathtouch is the common black card, Pharika’s Chosen.

This 1/1 Snake creature has 1 power, 1 toughness, and a casting cost of 1 black mana.

It’s a simple one, but extremely effective at unsettling enemies and taking down massive creatures. 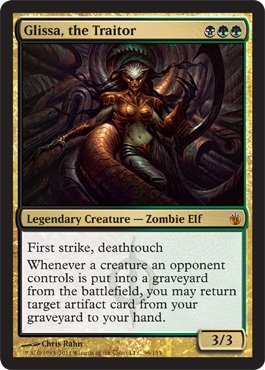 The last card on our list of MTG best Deathtouch creatures is Glissa, the Traitor, a black and green multi-colored Legendary Creature.

Glissa, the Traitor, is a Zombie Elf with 3 power and 3 toughness, First Strike, and Deathtouch.

If that isn’t enough to raise your eyebrows, perhaps its activated ability is; whenever an enemy’s creature is put into its graveyard, you get to return an artifact card from your own graveyard back to your hand.

What Makes The Deathtouch Ability So Good?

Deathtouch is one of the most feared creature abilities in the entire game. Why? Simple; one damage point transferred from a creature with Deathtouch automatically destroys the blocking creature. For example, if an 8/8 Leviathon creature blocks an attack from a 1/1 Deathtouch creature, both creatures die.

How Do You Win At MTG With Deathtouch Creatures?

Deathtouch creatures can help you win MTG games by taking down all your enemy’s creatures one by one. They also help invoke fear into the hearts of your opponents, making it more likely for them to panic and make bad decisions.

What Is The Best Deathtouch Creature?

There is no singular “best” Deathtouch creature. That said, a few favorites include Vampire Nighthawk, Typhoid Rats, and Archetype Finality.