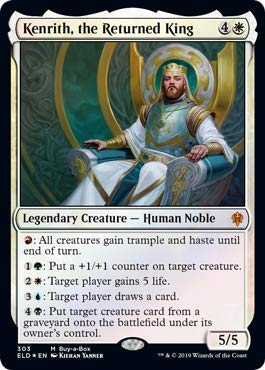 Kenrith, the Returned King is a mythic rare white card with a mana cost of 4 colorless and 1 white mana.

The card is a Legendary Human Noble with a power of 5 and a toughness of 5. All creatures gain trample and haste until the end of your turn when you pay 1 red mana, once he’s on the field.

In addition, among three other great abilities, this Human Noble allows you to sneak a creature card from the graveyard back onto the battlefield for the price of 4 colorless and 1 black mana.

His other abilities include placing +1/+1 counters on a creature, gaining 5 life, and drawing a card.

2. Emma, Soul of the Accord 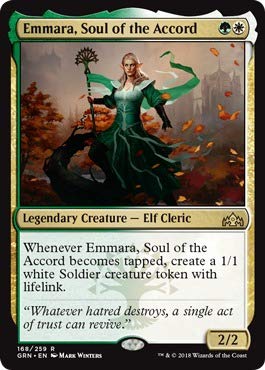 The second card on our list of MTG best sneak attack creatures is Emmara, Soul of the Accord. It is a multi-colored green and white card with a mana cost of 1 green and 1 white.

Whenever the card becomes tapped, you get to sneak 1/1 white Soldier creature onto the battlefield.

The best part? Each creature you sneak out with Emmara has Lifelink and lets you gain life when you deal damage. 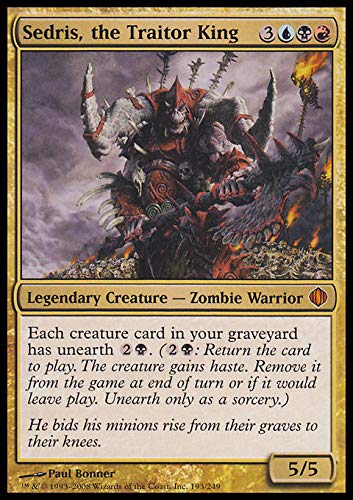 Sedris, the Traitor King is the third card on our list of MTG best sneak attack Creatures, and he’s a real killer.

A mythic rare 5/5 Zombie Warrior, Sedris is a Legendary Creature of blue, black, and red colors.

The best part about this big guy is that when he’s in play, you have the ability to unearth any card in your graveyard for 2 colorless and 1 black mana. 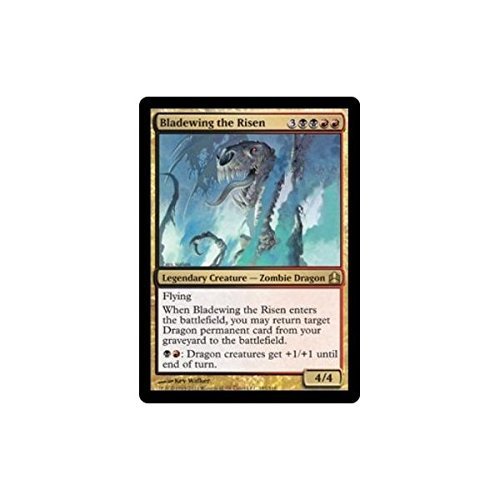 Bladewing, the Risen, a Legendary Creature Zombie Dragon, and 4/4 rare multi-colored black and red card, with a casting cost of 3 colorless, 2 black, and 2 red is 4th on our list.

Pay 1 black and 1 red mana and all Dragons you control gain a temporary boost of +1/+1 for the remainder of your turn.

5. Feldon of the Third Path 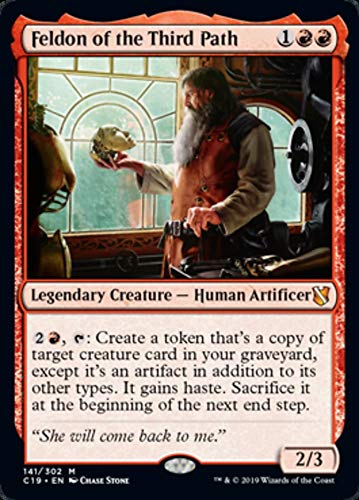 Feldon of the Third Path is a 2/3 Legendary Creature Human Artificer of the red school. The card is a mythic rare and has a casting cost of 1 colorless and 2 red mana.

When he’s on the field, you may pay 2 colorless and 1 red mana to tap it and use its ability.

When tapped, you get to create a copy of a creature in your graveyard and sneak it onto the field. The creature gains Haste, and Artifact status, but most be destroyed at the end of the turn. 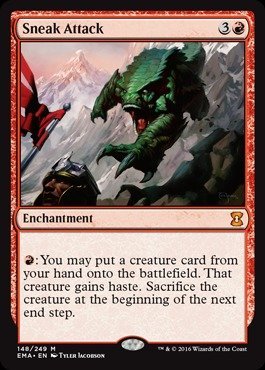 Not a creature card, but a mythic rare red enchantment, this card is called Sneak Attack.

For 3 colorless and 1 red mana, you may bring this enchantment onto the board.

Once on the field, pay 1 red mana and you may sneak any creature from your hand onto the field.

The catch is that you must destroy the creature when the turn ends. 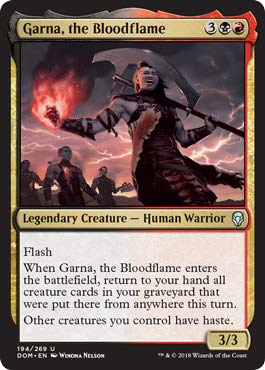 Garna, the Bloodfalme is a black and red multi-colored card with a casting cost of 3 colorless, 1 black, and 1 red mana.

A Legendary Human Warrior, this unique creature is a 3/3 with Flash. He gives other creatures you control Haste.

When this card enters the battlefield, you may return all creature cards from your graveyard that ended up there during this turn.

What a way to sneak several creatures into your hand, eh? 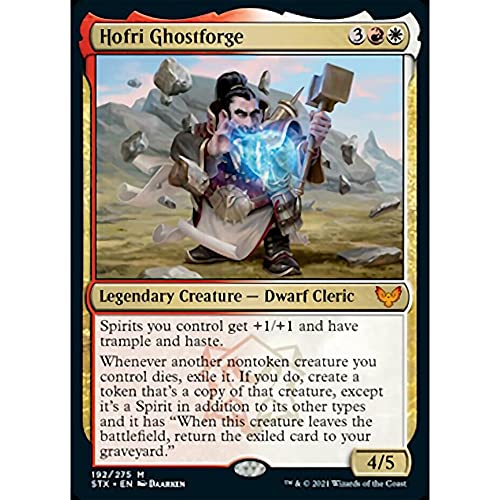 Hofri Ghostforge is a 4/5 mythic rare white and red multi-colored card with a casting cost of 3 colorless, 1 red, and 1 white.

When Hofri Ghostforge hits the battlefield, Spirits you control gain a +1/+1 boost with Trample and Haste. They keep it even after the turn is over.

Even more, whenever a creature dies, while this one is in play, exile it. If you do, you get to create a copy of it and sneak it into play as a Spirit in addition to its other types and abilities. 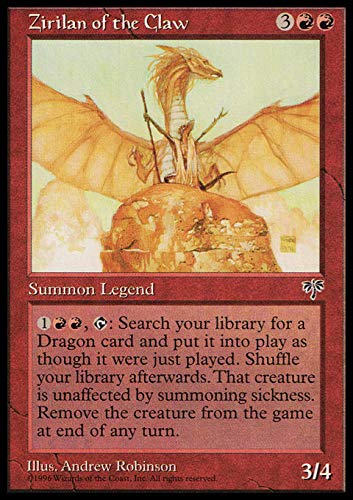 Zirilan of the Claw, a Summan Legend, is a red “creature” with 3 power and 4 toughness. The card costs 3 colorless and 2 red mana.

When this Dragon-like Summon Legend is in the field, you may pay 1 colorless and 2 red mana and then tap it.

Once you tap it and pay the cost, search your deck for a Dragon and sneak it into the battlefield. It isn’t affected by summoning sickness.

The catch is that it must be removed from the game by the end of your turn. 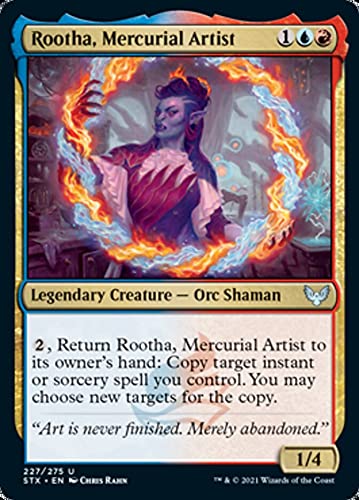 Last but far from least, this multi-colored uncommon card, Rootha, Mercurial Artist, has a power of 1 and toughness of 4. Its casting cost is 1 colorless, 1 blue, and 1 red.

The card is a Legendary Creature Orc Shaman.

Once in play, you may pay 2 colorless mana and return Rootha to your hand. If you do, you may copy an instant or sorcery spell and choose additional targets for the copy.

It may not sound like a sneak attack card, but played with the right deck, it surely does the trick.

What Does Sneak Attack Mean In MTG?

Is A Sneak Attack Deck Worth It?

Sneak Attack decks are worth it if you enjoy surprising your enemies with additional creatures to attack with when they least expect it. Otherwise, a few sneak attack creatures may be used in just about any deck (and there is no need for an entire deck theme centered around them).

How Do You Win At MTG With Sneak Attack Creatures?

It should be fairly obvious that the best way to win a game of MTG with Sneak Attack creatures is to continuously sneak creatures onto the field. Simultaneously, start attacking your enemies, and don’t let up until you’ve destroyed their creatures and run down their health.