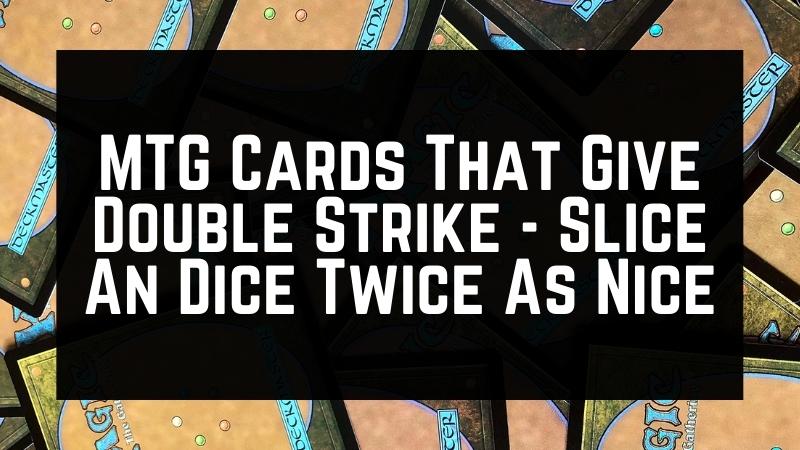 Double strike allows you to get more attack action going on every turn. Read on and discover why these 10 MTG cards that give Double Strike are the best! 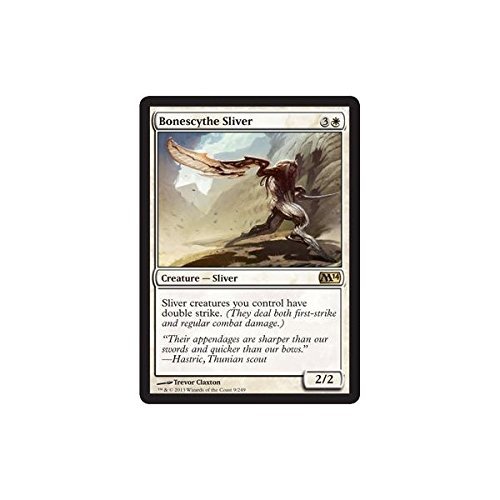 Bonescythe Silver is a Silver creature of rare status. It counts as a white creature card and costs 3 colorless and 1 white mana to cast.

The card comes into play with 2 power and 2 toughness. 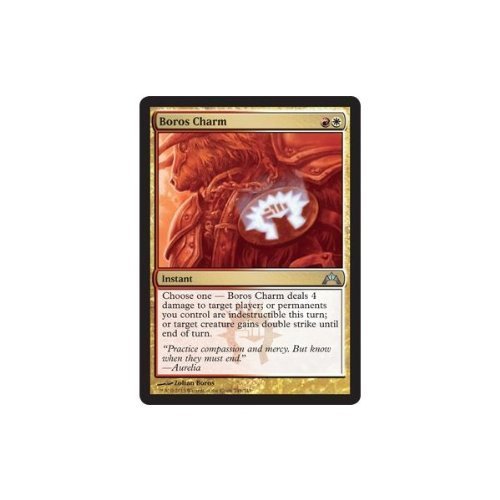 Boros Charm is a classic uncommon red and white Instant. It costs 1 red and 1 white mana to cast.

The card has two spells, but you only get to choose one. Deal 1 damage to target player, or your permanents, or a target creature gains double strike until the end of the turn.

For the cost? There are few MTG cards that give double strike that are more worthy of this list (or your deck!).

3. Snapdax, Apex of the Hunt 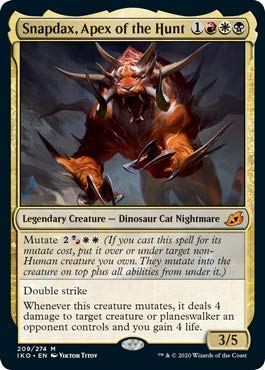 Legendary Creature, Dinosaur Cat Nightmare, Snapdax, Apex of the Hunt, is a mythic rare of the red, white, and black status.

The card costs 1 colorless, 1 red, 1 white, and 1 black mana to cast, and is worth every land you spend.

Snapdax comes into play as a 3/5 creature with Mutate 2 and Double Strike.

Even more, whenever it mutates, it deals 4 damage to the target creature or planeswalker you choose. You also gain 4 life points if you play this ability. 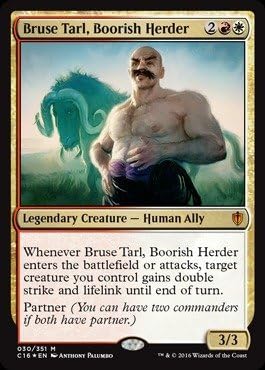 Number 4 on our list of MTG cards that give double strike is another multi-colored mythic rare Legendary Creature, Bruse Tarl, Boorish Herder.

This Human Ally costs 2 colorless, 1 red, and 1 white mana to cast. It comes into play with a power of 3 and a toughness of 3 as well.

When Bruse Tarl enters the battlefield, or attacks, a target creature of your choice gains double strike and lifelink until the end of your turn.

Even more, Bruise Tarl is a Partner. That means if he is on the field, you can have two commanders. 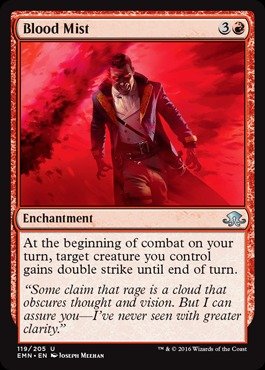 Blood mist is an uncommon red Enchantment with a casting cost of 3 colorless and 1 red mana.

At the start of each combat turn, you get to choose a creature to gain double strike until the end of the turn.

You read that right. When this card is in play, you get to assign double strike to a creature every time it’s your turn. 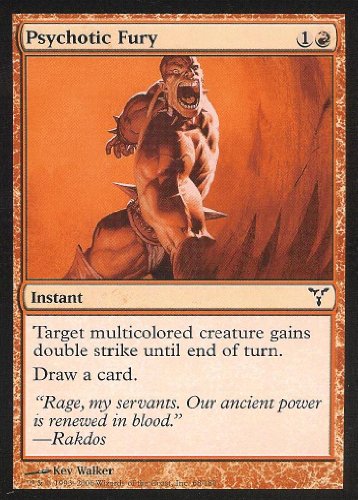 The Psychotic Fury Instant is a straightforward, any multi-colored creature you choose gains double strike until the end of the turn.

Psychotic Fury also enables you to draw an extra card when you play it.

The casting cost for Psychotic Fury is 1 colorless and 1 red mana. 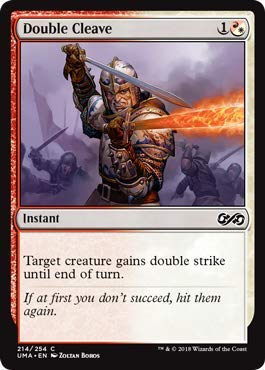 Double Cleave is another straightforward double strike instant. It is a common white and red multi-colored card.

It’s casting cost is 1 colorless and 1 red or white mana.

Play Double Cleave and choose a target creature to gain double strike until the end of the turn.

This one may be a bit standard, but it can make all of the difference needed to take down a large creature or even lay the final blow against an enemy. 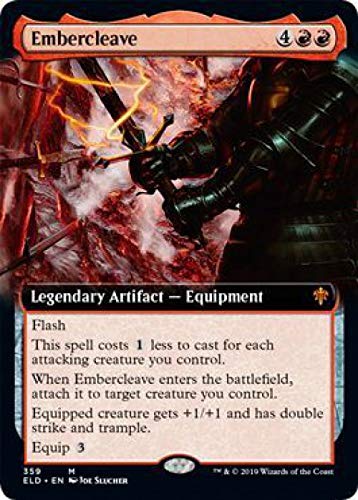 Embercleave is a Legendary Artifact Equipment of the mythic rare class. It’s casting cost is high, at 4 colorless and 2 red mana.

This Legendary Artifact Equipment has Flash as well, which means you can play it almost any time (even when it’s not your turn).

That said, the spell can be cast as Flash for 1 less colorless mana for each creature that you are attacking with.

You can equip it to a creature for 3 mana, or for free when it enters the battlefield. When it is equipped to a creature, that creature gains +1/+1, Trample, and Double Strike.

Talk about beefing up a creature! 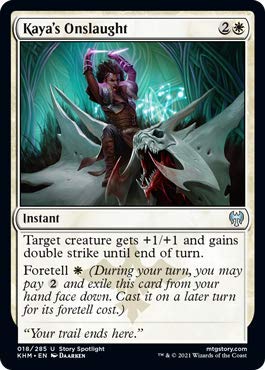 Kaya’s Onslaught is an uncommon white Instant card with a casting cost of 2 colorless and 1 white mana.

It also has Foretell, which means you can put it into exile instead of paying its mana cast. If you do use Foretell, you may play the card on any later turn by paying 1 white mana instead.

A double card, Armed is red and Dangerous is green. Armed, is a sorcery and costs 1 colorless and 1 red mana to cast.

When you cast armed, a target creature gets +1/+1 to their power and toughness as well as gaining double strike for the rest of your turn.

Armed is a great little card for green and red decks, or red decks alone, in regards to its duble strike ability.

Common Questions About MTG Cards That Give Double Strike

What is Double Strike?

Double strike is an ability that allows you to strike twice with one creature. Creatures without double strike can only attack once.

Double Strike cards are really good for a couple of reasons. The first reason being that the ability enables smaller creatures to kill larger creatures by striking twice. Further, if the first strike kills the creature, the next strike goes right to the player controlling the creature’s health.

Is Double Strike Worth it?

Double strike cards are more than worth it for MTG players who enjoy playing with plenty of creatures in their decks. It is also effective to pack double strike enchantments, artifacts, and other spells to boost creatures with.