Top 10 MTG Cards That Give Indestructible 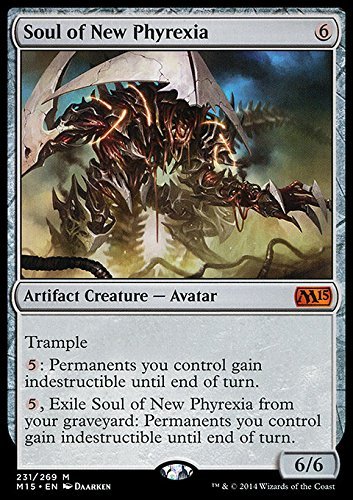 The first card that gives Indestructible on our list is a real killer; the 6/6 Avatar Artifact Creature, Soul of New Phyrexia.

The card is a serious heavy-hitter with Trample. But, what really makes it great is the activated abilities.

For 5 colorless mana, your permanents may all gain Indestructible for the turn. Likewise, when this big guy is in the graveyard, you may pay 5 colorless mana and bring him back onto the field.

If you revive Soul of New Phyrexia, all of your permanents on the battlefield also gain Indestructible for the turn. 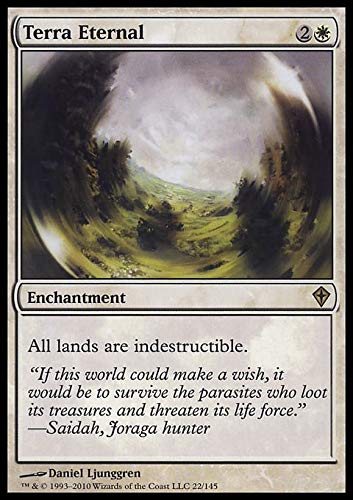 Terra Eternal is a white Enchantment of rare classification. It has a casting cost of 2 colorless and 1 white mana.

When this powerful Enchantment comes into play all lands in the game become Indestructible.

The downside is the same as the upside: ALL lands are Indestructible (even the enemy’s). 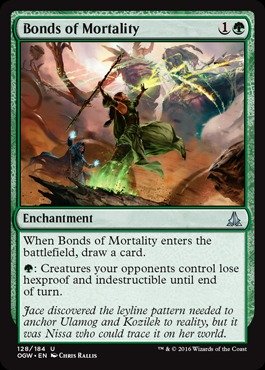 The third card on our list of the Bonds of Mortality. It is an uncommon Enchantment of the green school.

The card has a casting cost of 1 colorless and 1 green mana. When it enters the battlefield you draw a card.

For one extra green mana, creatures that your opponents control lose all hexproof and Indestructible until the end of your turn.

Bonds of Mortality is an anti-Indestructible card that we felt fit on our list. 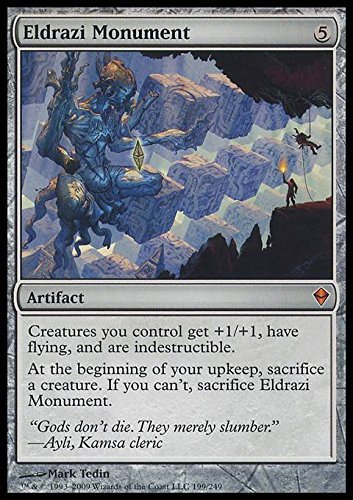 The Eldrazi Monument is a powerful mythic rare Artifact that costs 5 colorless mana to cast and is Indestructible.

When the monument hits the field, all the creatures you control gain flying, Indestructible, and also receive a +1/+1 counter. It is not temporary.

This card is an end-game if you play it with several creatures already on the board under your control. 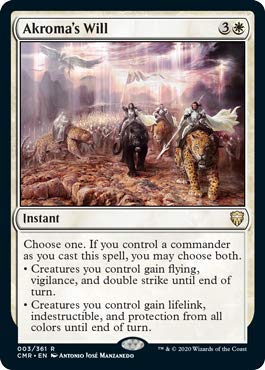 The fifth card on our list is Akorma’s Will. A rare white instant card with a casting cost of 3 colorless and 1 white mana.

This Instant allows you to choose one of two spells. However, if you have a commander in play, you may choose both spells.

Either option is great, but the card obviously works best with a commander. 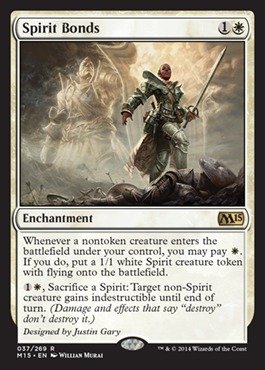 Spirit Bonds is another rare Enchantment of the white school. It has a relatively low casting cost of just 1 colorless and 1 white mana.

Whenever a creature enters the field, you may pay 1 mana extra. If you do, you get to add a 1/1 white Spirit creature to the battlefield.

For 1 colorless and 1 white mana, you may sacrifice a spirit and gain Indestructible for a target creature of your choice until the end of the turn. 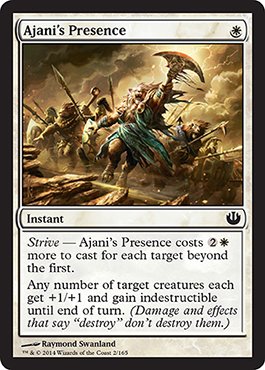 Ajani’s Presence is a super cheap white instant card that gives any number of creatures Indestructible for the turn.

If that wasn’t enough, those creatures also receive a +1/+1 for the rest of the turn as well.

The downside is it costs an extra 3 CMC for each target beyond the first one. 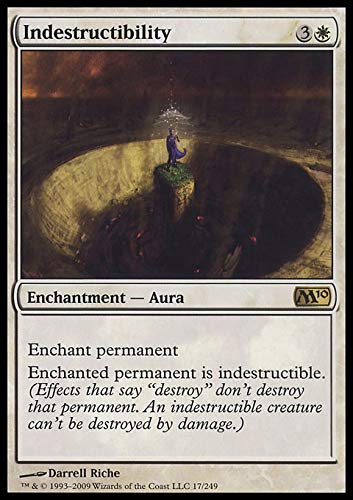 The only downside? The card costs 4 CMC, and it is not Indestructible itself. Go figure right!? 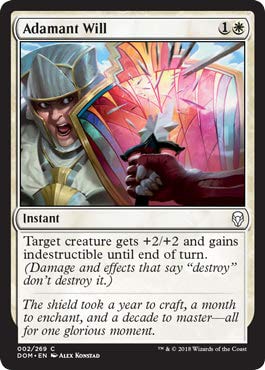 Adamant Will is a common instant of the white school with a low casting cost of 1 colorless and 1 white mana.

The card grants a target creature of your choice +2/+2 and Indestructible until the end of your current turn.

It is a great way to take down a larger creature when they are least expecting it (once you have already declared attackers, and they have declared blockers). 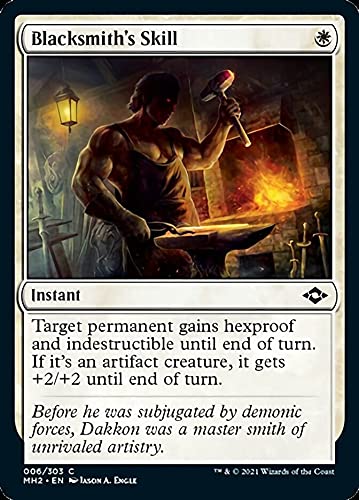 The last of our top 10 MTG cards that give Indestructible is the Blacksmith’s Skill. Another cheap card, it only costs a single white mana to cast.

This common white instant card allows you to target a permanent and grant it Hexproof and Indestructible until the end of your turn.

If it is an Artifact creature, the creature gains an additional +2/+2 until the end of the turn as well.

Common Questions About MTG Cards That Give Indestructible

How Exactly Does Indestructible Work in MTG?

The term Indestructible in MTG refers to the ability to avoid being destroyed. Anything that would destroy your Indestructible permanent does not destroy it. That said, Indestructible cards are not immune to spells and abilities of your opponents. They can still be targeted, they simply can’t be destroyed.

Are Indestructible Cards Worth it?

If you like pulling out the big guns on your enemies, Indestructible cards are totally worth it. With Indestructible creatures, lands, enchantments and more, your opponents will be thrown off their game due to your nearly impossible to kill permanents.

How Do You Win at MTG with Cards That Give Indestructible?