Tap abilities endow creatures with much greater tools to help you defeat your opponents than the standard ability to attack and block. Read on and find out why these ten cards are among MTG’s creatures with the best tap abilities. 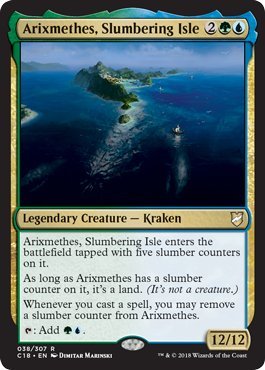 Arixmethes, Slumber Isle is a blue and green multi-colored rare card, and it is a real heavy-hitter.

Besides being able to tap and add 1 green and 1 blue mana to your pool for the turn (which rocks socks in itself), this Legendary Kraken creature has a whopping power and toughness of 12 each.

Further, when this Kraken enters the battlefield, it has 5 slumber counters on it. As long as it has a counter on it, it’s a land.

Every time you play a spell, you can remove a counter if you wish. Eventually, your land turns into a Kraken! 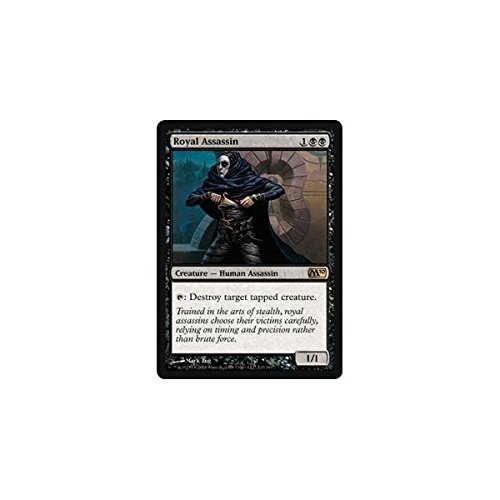 At first glance, the next card on our list of MTG creatures with best tap abilities, Royal Assassin, seems like a lowly peon.

A 1/1 creature, Royal Assassin is a Human Assassin, and a rare black card. It costs 1 colorless and 2 black mana to cast onto the battlefield.

Its rap ability? Tap for free and destroy a target tapped creature. For sniping off your enemies’ creatures, it doesn’t get any better than this.

3. Druid of the Anima 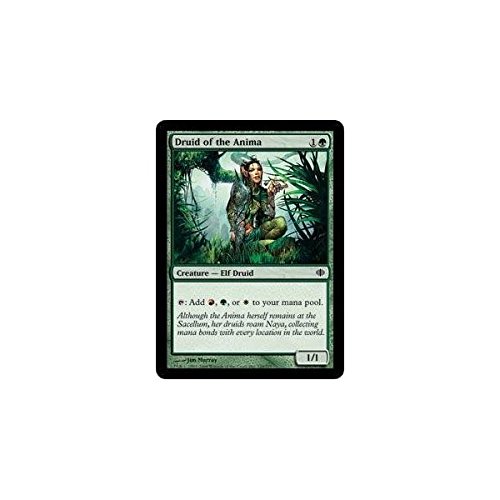 Another seeming peon upon first glance, this uncommon green card, Druid of the Anima, is far from being so lowly as it first appears.

With a cheap casting cost of 1 colorless and 1 green mana, this Elf Druid creature is a 1/1 with the ability to become tapped and add a forest, mountain, or plains mana to your mana pool for the rest of the turn.

For multi-colored decks, as well as solid red, green, or white, Druid of the Anima is a great mana source. 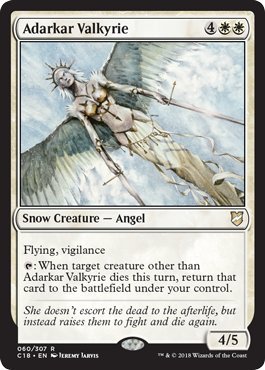 The next MTG creature with one of the best tap abilities is the Snow Creature Angel Adarkar Valkyrie, a rare 4/5 white creature card with Flying and Vigilance.

The card costs 4 colorless mana and 2 plains to cast.

When Adarkar Valkyrie becomes tapped, a target creature dies this turn, other than this Angel. Further, the creature that dies comes back to life under your control. 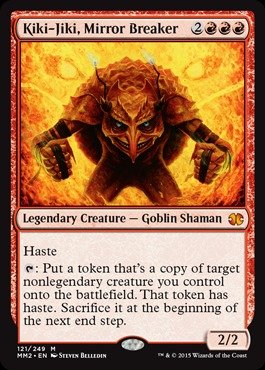 Kiki-jiji, aside from having a silly name, has a really awesome tapping ability. He costs 2 colorless and 3 red mana to cast.

When you tap this 2/2 Goblin Shaman, mythic rare red Legendary Creature card, you may copy a target nonlegendary creature you control.

Your new creature has haste, but must be destroyed at the end of the round. 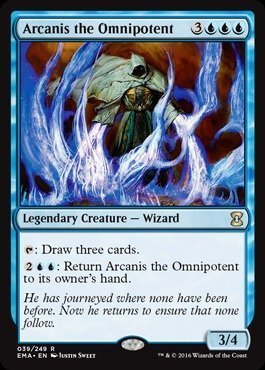 A blue Legendary Creature, Wizard, Arcanis the Omnipotent, is an amazing blue rare card with an awesome tap ability.

With a power of 3 and toughness of 4, this Wizard creature card costs 3 colorless and 3 blue mana to cast. You may tap it to draw 3 cards at any time.

Further, you may pay 2 colorless and 2 blue mana to return Arcanis the Omnipotent to your hand at any time. 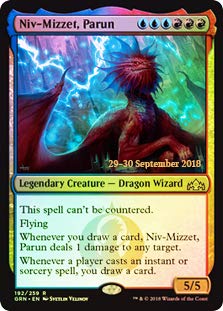 One of our very favorite MTG creatures with great abilities is without question Ni-Mizzet, Parun.

With a casting cost of 3 blue and 3 red, it’s a bit expensive but well worth it. Plus, the card can’t be countered.

The creature is a Legendary Dragon Wizard, a rare card, with Flying, and whenever you draw a card someone takes 1 damage point.

Also, whenever a player casts an instant or sorcery, you may draw a card. 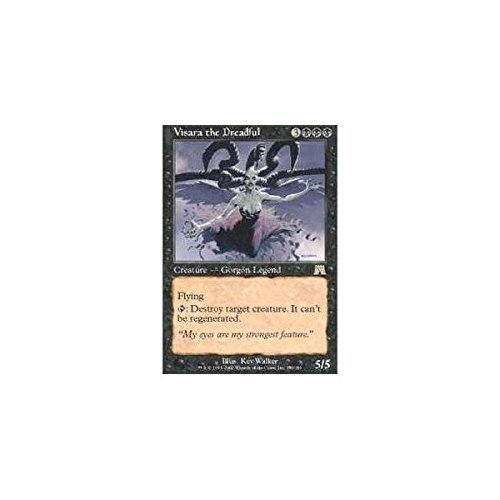 Visara the Dreadful is a 5/5 rare black creature that costs 3 black mana and 2 colorless mana to cast.

The creature has flying, but that’s not what makes it so great.

You may tap Visara the Dreadful at any time and destroy a target creature. That creature can not be regenerated.

Pretty awesome, yeah? We thought so too! 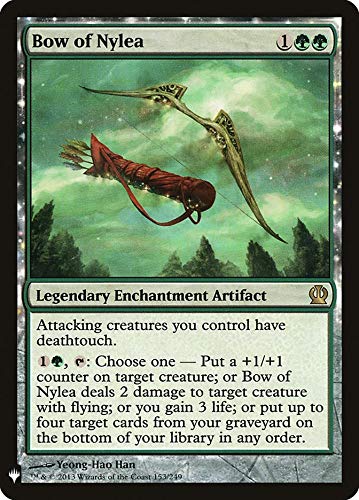 Legendary Enchantment Artifact, Bow of Nylea, is a rare green card with a mana cost of 1 colorless and 2 green mana.

Technically it isn’t a creature, but its abilities are so out there, and impact creatures directly, we believe it deserves a spot on our list of MTG’s best creatures with tap abilities.

When Bow of Nylea enters the battlefield, all your creatures gain Deathtouch. Further, you may pay 1 colorless and 1 green mana and tap the card and choose one of the following: 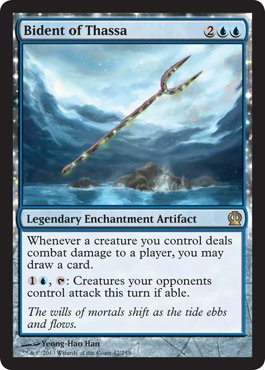 The Bident of Thassa is another rare Legendary Enchantment Artifact, this time of the blue school. It costs 2 colorless and 2 blue mana to cast.

Again, it isn’t a creature, but it does have one of the best tap abilities and does affect creatures. Hence, we had to include it on our list!

Pay 1 colorless and 1 blue mana and tap Bident of Thassa to force your opponent’s creatures to attack this turn if they are able.

What Are Tap Abilities In MTG?

Tap abilities are special abilities that only become activated once a card has been tapped. The abilities can be just about any sort of ability that you can think of; from gaining life and stealing life, to destorying target cards, returning cards from the graveyard, and much more.

Are Creatures With Tap Abilities Really Worth It?

What Are The Best Tap Abilities?