Home » MTG » MTG: How does Blocking Work? (A Beginner’s Guide to Combat)

Combat is a huge part of MTG, and one of the most straightforward ways of winning the game.

It’s a concept that most gamers would understand – doing damage to drop your opponents’ life points to zero. However, there are many ways to protect yourself in combat, and blocking is one of them.

How does blocking work? In this guide, we’ll discuss this defensive measure and potential alternatives you could use.

Use These Links to Navigate this Guide >>
Combat in MTG
How Blocking Works
To Block or Not to Block?
Alternatives to Blocking
Wrap Up 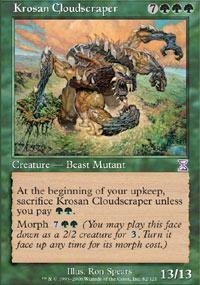 The first part of combat is having creatures to actually fight with. Then, once per turn, there is a combat phase.

Step one of the combat phase is choosing whom you’re going to attack. If there are multiple players in a game, you can choose to attack more than one person.

Second, you decide which creatures are going to attack which players. The creature you choose cannot be tapped and cannot have just been cast on the same turn you attack with it, unless it has haste.

If there are any on the battlefield, you can also choose to attack planeswalkers rather than attacking players. You cannot, however, choose to attack another player’s creatures directly, unless you have a card that allows you to do so.

Then, the players you’ve chosen to attack decide which creatures they’re blocking with, if any. We’ll discuss the blocking step in more detail shortly.

Next, combat damage is assigned. This will vary based on whether or not players chose to block, and if so, which creatures they chose to block with.

For example, if someone doesn’t choose to block, the damage goes through and is entirely applied to their life total as a reflection of the attacker’s power. But if they’ve chosen to block, damage is applied to the blocking creature’s toughness accordingly instead.

The attacking creature also takes return damage if it has been blocked. This damage corresponds with the blocking creature’s power.

Finally, the last step of combat occurs. Nothing much happens in this step, other than end of combat abilities being triggered if there are any cards with them on the battlefield.

Any cards with effects that last until the end of combat end at this point.

Above is a picture of Krosan Cloudscraper, one of the thousands of creatures in Magic: the Gathering you could attack with. Its power and toughness are displayed in the lower right-hand corner as 13/13.

If you want to read a more detailed description of combat rules, you can find them here. 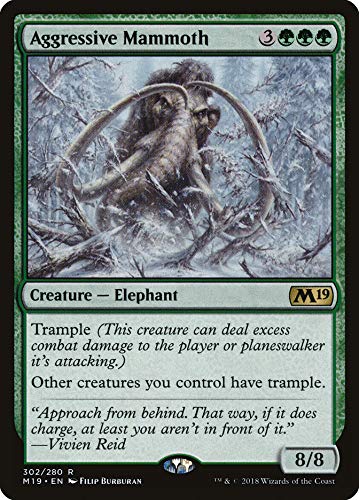 If you’re the blocker, you’ll have the chance to choose which creature will be blocking or even if you’re blocking at all. You can also block with more than one creature as you see fit.

The attacker and blocker then exchange damage according to their corresponding power. In an ideal situation, you’d be able to block with a creature that had a greater toughness than the attacker’s power.

Exchanges where both creatures die can occur during blocking. That’s normal.

Generally, once you’ve blocked, damage will not get through to your individual life points. However, there are exceptions to this rule, such as creatures with trample.

Creatures with trample can deal any excess combat damage past whatever was blocking. Consider Aggressive Mammoth, for example.

It has a power and toughness of eight, as well as trample. If you blocked it with a creature that had a toughness of five, there would be three extra damage that would go through as opposed to being stopped like with blocking normal creatures.

To Block or Not to Block? 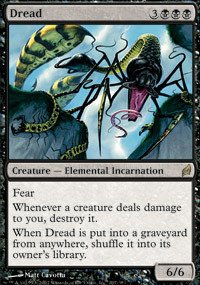 One reason why you should block is immediately apparent: it prevents your life total from being damaged. Or, alternatively, it protects your planeswalker, if a planeswalker was the target of the attack.

But surprisingly, there are a number of reasons why you might choose to let damage through, too.

Other times, there may be benefits to taking combat damage based on other cards you have. Dread, for instance, is a creature that destroys any creatures that deal combat damage to you.

So if you have Dread out, and someone attacks you, you can take the damage knowing that the attacker will be automatically destroyed.

When all is said and done, you’ll need to analyze the situation each combat to decide if blocking or not blocking is more beneficial for you. 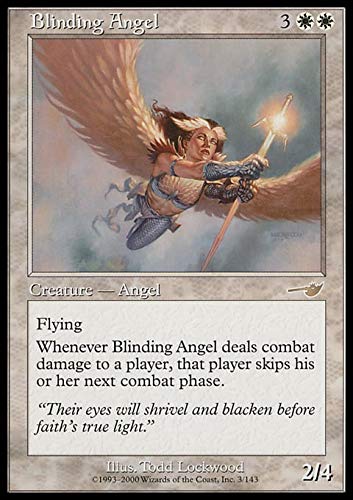 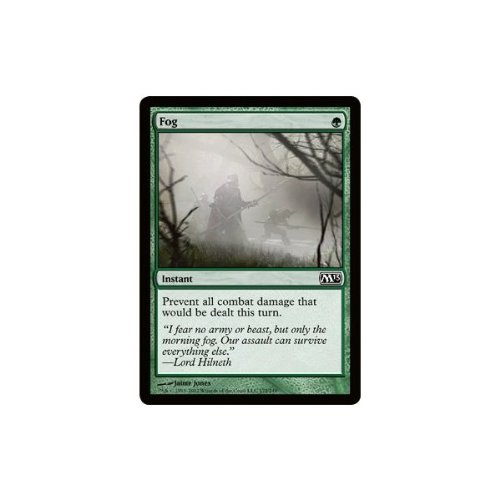 If blocking isn’t possible for you when combat rolls around, there’s no need to worry – there are plenty of other ways to protect yourself.

There are quite a few cards that prevent combat damage completely. One example is Fog, an instant that eliminates combat damage for one turn.

Teferi’s Protection is another example of a card that would protect you. As an instant, it can be cast at any time, and it stops your life total from changing until the next turn.

Sometimes, you can even force other players to skip their combat entirely to protect yourself in advance. Blinding Angel keeps targets from taking their combat phase every time it does combat damage to a player.

The bottom line is, Magic is an intricate game with countless fine nuances for advanced players. Combat is just one part of it.

If you’re a beginner, though, focusing on combat will probably be one of the easier ways to win. Attacking with huge creatures is a pretty simple strategy.

Looking for some big creatures to add to your collection? Think about adding dragons – they usually are powerful and have flying.

We have a guide right here on which sets have the most dragons.