Home » MTG » MTG Why Are Lands So Expensive? 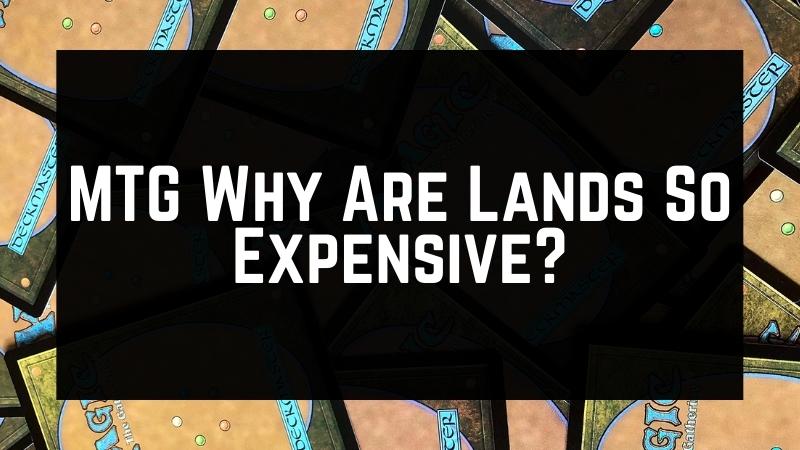 In Magic the Gathering, all decks require land cards. And, apparently, they are a bit pricey compared to other single cards!

Read on below to learn exactly why lands are so expensive.

MTG Why Are Lands So Expensive?

Land cards in MTG are quite expensive considering they are the most basic sort of cards in the game. Cards sell from fifty-cents to thousands of dollars. That said, every single MTG deck requires land. That means lands are in high demand. Further driving up the price, many basic land cards are now out of print and are highly collectable.

Double-lands are also more rare than basic lands. They can be pretty expensive as well. But, again, all decks need land, and there is no land better than one that gives your two mana instead of just one.

Another factor that may add value to land cards is their type. Aside from standard basic and non-basic lands, there are also special lands with different card types.

Take the Vault of Whispers example: 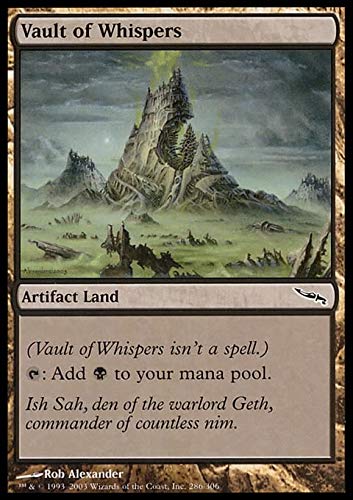 The Vault of Whispers is an Artifact land. It doesn’t have any special abilities other than tapping for a single swamp mana. But, it is classified as an Artifact rather than a land.

That means it can’t be the target of spells or abilities of your opponents.

The advantage of special land cards is obvious, they are much tougher to kill than normal lands.

Are All Lands So Expensive?

Lands aren’t all expensive, at first. When new expansions come out, the land cards aren’t as expensive as they will eventually become. The most expensive lands are the oldest basic and non-basic lands. As far as newer cards are concerned, special lands have the highest prices.

What is the Most Expensive Land Color in MTG?

Blue is generally considered as the most popular and sought after color of land in MTG. The name of the game is Magic, and blue is heavily associated with spells and other forms of magic in comparison to other colors.

White is often considered as a close second to the most expensive land color. White also heavily relies on magic spells and abilities in comparison to other colors.

What Are the Most Expensive Lands in MTG?

The land cards in MTG with the highest prices of all are the oldest basic land cards from the early to mid-1990s. These pre-2000s land cards hold more value as they are vintage, being out of print for over a decade and a half in some cases.

Vintage land cards sell for thousands of dollars. New special lands are also high-dollar, but not in the thousands.

Are Rare Lands Worth the Money?

How Much Do Land Cards Cost?