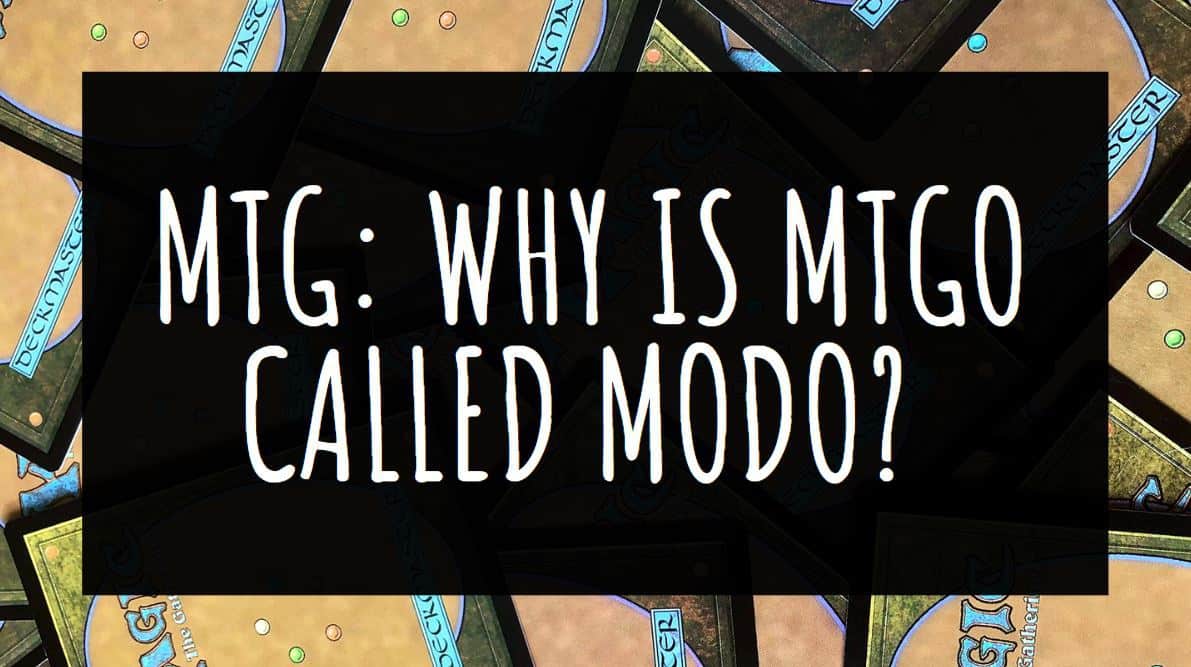 Tons of popular franchises find ways to make online games that are available to the masses.

Magic: the Gathering is no exception. In fact, they have a few different games that are available to play online with others.

One such example is Magic: the Gathering Online, which some call MODO. But why is MTGO called MODO?

We’ll dig into the answer here. You’ll find out:

Use These Links to Navigate this Guide >>
What is Magic: the Gathering and MTGO?
Why is MTGO Called MODO?
Should You Play MTGO?

What is Magic: the Gathering and MTGO? 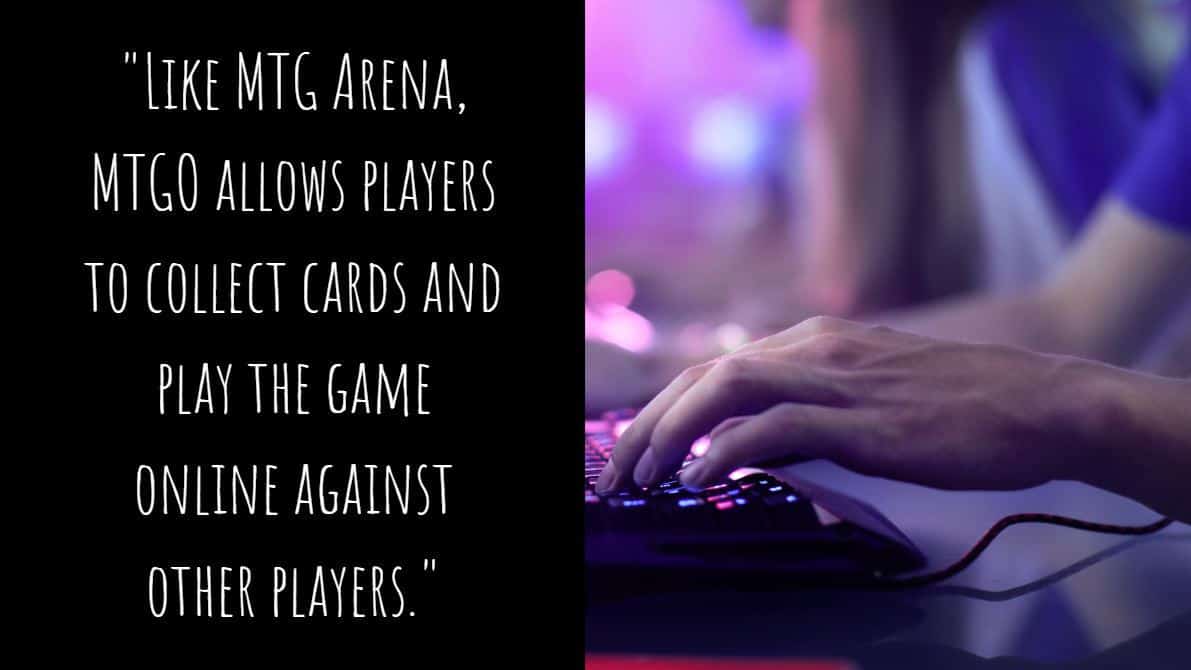 If you don’t know much about Magic: the Gathering, it’s beneficial to have some basic understanding of the game before we get into MTGO.

Magic: the Gathering is a card game that’s been around since the early 90’s. It’s played both casually and in competitive tournaments.

In short, two or more players with life points work to win against each other by dropping opposing players’ life totals to 0.

If you’re the last one with any life left, you win the game. Of course, there are other ways of winning, too, such as playing cards with win conditions on them.

A card with a win condition on it has some sort of requirement that, if fulfilled, makes you immediately the winner.

Magic: the Gathering Online is a virtual version of MTG. Like MTG Arena, MTGO allows people to collect cards and play the game online against other players.

The main difference is that MTGO is much older than MTG Arena. Additionally, MTGO users can buy and sell cards in the game with real money.

Another difference is that players who manage to get all the cards in one set in MTGO can actually exchange them for a physical version of that set.

Why is MTGO Called MODO?

The name MODO dates back to the creation of the game back in the early 2000’s.

When the game was first developed, the working title was Magic Online with Digital Objects (MODO). However, when the game was actually released, the title was changed to Magic: the Gathering Online, which it is still called today.

Some players still like to refer to the game as MODO, though. That’s mostly a matter of preference, as some people think it’s easier to say MODO than it is to say MTGO.

Should You Play MTGO?

Now that you know a little more about the game, you might be wondering if you should get into it.

In the end, that’s up to you to decide, but we’ll lay out some pros and cons to help you make your decision.

There are some great benefits to playing the game. Some of the benefits include:

Like anything else, there are also potential downsides. Some of those downsides are:

With a better idea of what you can get out of the game, you can decide whether or not to get into it. If you’re interested in playing MTGO or learning more, take a look at the official page.

On the other hand, if you’re more interested in MTG Arena, you can check out the article we’ve written about it for more information.