Planeswalker vs Eldrazi, which one wins on the battlefield? Or are they too different to compare in the first place? 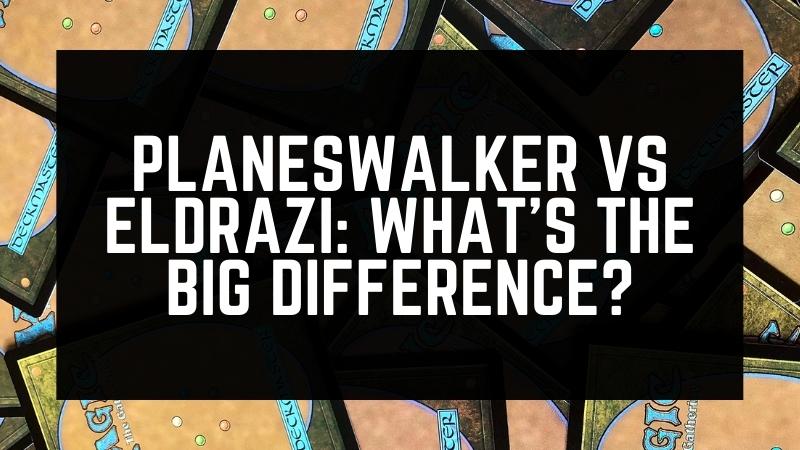 Read on below and find out the full truth!

Planeswalker vs Eldrazi: What’s the Difference?

A Planeswalker is a powerful entity-like card, not a God, not a creature, and not a player or a spell… but, somehow a mixture of all the above.

The Eldrazi on the other hand are enormous creatures that belong to the “colorless” mana creature class. Eldrazi are typically 8/8 to 10/10 or even larger, and that’s without a single buff.

With enchantments, abilities, and various spells at your command, Eldrazi are amongst the toughest decks to defeat in combat.

Planeswalkers, not creatures at all, can’t attack or block Eldrazi, but they can target them with amazing abilities. 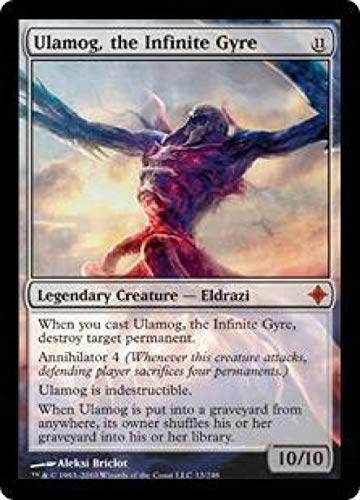 Ulamog, the Infinte Gyre is an excellent example of an Eldrazi card that is comparable to a Planeswalker. This bad boy has a huge attack and defense of 10/10, allows you to destroy a target permanent when you cast it, and has Annihilator 4 right out of the gate.

The card is indesutructible and when Ulamog is somehow put into a graveyard from anywhere, the owner of it shuffles their entire graveyard into the deck.

Sure, it doesn’t have loyalty counters, or three activated abilities, but it can attack for 10 points in one swing, and can’t be targeted like normal creatures can. All in all, it is as close to a Planeswalker as any Legendary creature card gets.

The downside is that it CAN be treated as a creature, because it is one, whereas Planeswalkers are not. In addition, the card has an enormous casting cost of 11 colorless mana to deal with before you can even get it out onto the board.

FAQs About Eldrazi vs Planeswalkers

Eldrazi are planeswalkers according to the MTG universe storyline, however, they are not Planeswalker card types. The Eldrazi cards are creatures, not Planeswalkers. That said, many of them have giant strength and powerful abilities.

What Happened to Eldrazi?

Eldrazi were released prior to 2010 expansions, one time, and one time only. Eldrazi was never intended to become a commonplace creature type. The Eldrazi are much too powerful, much like Planeswalkers, to be common cards.

Planeswalkers and Eldrazi share a few commonalities, such as powerful attacks and incredibly useful abilities. But, when it comes right down to it, they are nowhere near the same types of cards.

Eldrazi are behemoth creatures and Planeswalkers aren’t even technically on the battlefield let alone count as creatures.

So, which one beats the other? That depends on the variables of the game you are playing, the cards in your hands, the hands of your opponents, as well as your strategy, and more.

Thanks for reading, we hope your questions are all cleared up!