Planeswalker vs Legendary Planeswalker, which one is the better of the two. Or are they too similar for one to best the other?

Read on and explore the fully explained answer, below!

Today, all Planeswalkers are technically Legendary. That’s due to a rule change since this card type was introduced over a decade ago.

Whether they came into play with more loyalty counters, have an extra ability, or simply have mind-blowing and game-changing abilities, Legendary Planeswalkers were the best.

Planeswalkers that lacked Legendary status weren’t pushovers though, they were still more powerful than just about any other type of card in the game. 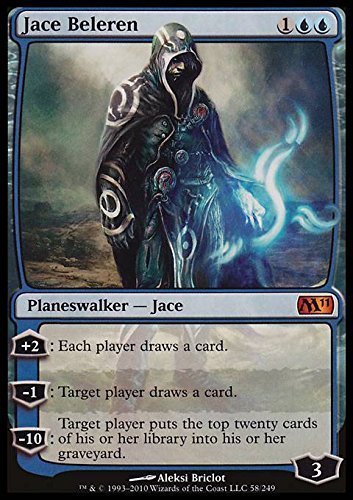 Jace Beleren is one of the original Planeswalkers released by Wizards of the Coast for Magic the Gathering back in the day. If you look closesly you notice that there is no mention of it having Legendary status, because it was creatured before all Planeswalkers became Legendary.

This card is a great example of WHY they became Legendary: it only costs 3 mana, has three awesome abilities, and is mythic rare.

The abilities on this card put other cards’ abilities to shame. It forces other players to draw cards and even mill the top twenty of their cards straight into their graveyard.

FAQs About Legendary and Standard Planeswalkers

Are All Planeswalkers Legendary, Now?

Yes! All Planeswalkers are all officially legendary EVEN if the card doesn’t have it printed in the description. So, the oldest Planeswalkers lacking the keyword are still indeed legendary.

Why Are Some Planeswalkers Standard?

No Planeswalkers are standard anymore. Once the rules were updated all Planeswalkers began counting as legendary, regardless of what is printed on the cards.

Can You Have More Than One Legendary Planeswalker Out?

Yes, you can have more than one Legendary Planeswalker out on the field. However, you may only have one copy of the same Legendary card on the field at any given time, whether it is a creature, enchantment, or otherwise.

Planeswalkers are all Legendary now, thanks to recent rule updates. Even if the card doesn’t read Legendary in the description or type line.

Beforehand, there was little difference between these two old types… now there is none.

Thanks for reading! Hopefully that clears everything up all the questions you had!