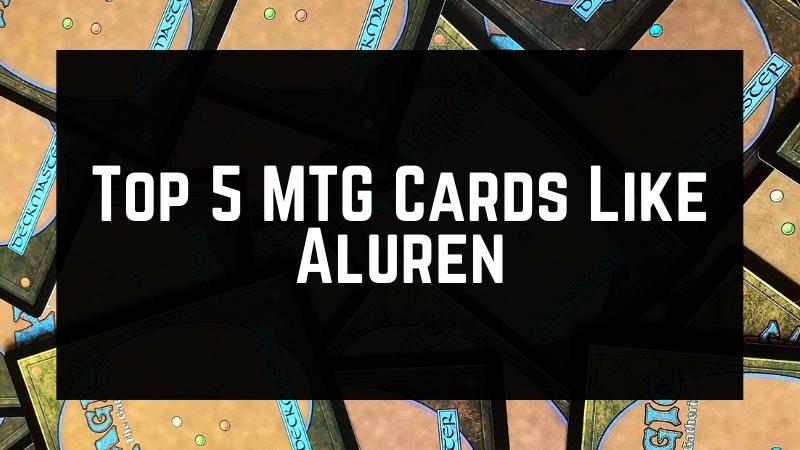 Aluren is a potent green-school Sorcery card that allows you to play creatures as if they had Flash. These 5 MTG cards like Aluren are great alternatives or secondary options! 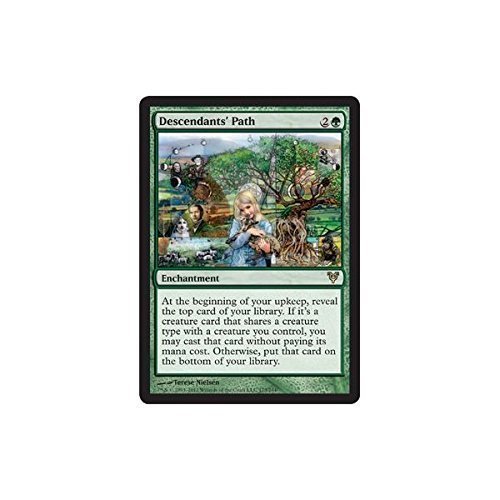 Descendants’ Path is a green Enchantment of rare classification. It has a casting cost of 2 colorless and 1 forest mana.

Once in play, you may reveal the top card of your deck each time it’s the beginning of your upkeep.

If you do reveal a card, if it is a creature that shares a type with a creature you control, put it into play without paying for it.

If the card doesn’t go into play, it goes onto the bottom of your deck. 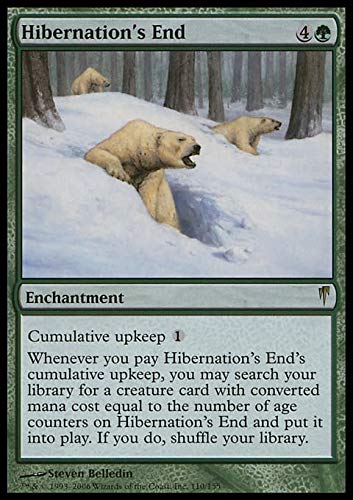 Hibernation’s End is a common green Enchantment from back in the day, with a cumulative upkeep of 1, and a casting cost of 4 colorless and 1 green mana.

Whenever you pay the upkeep costs for this card, you get to search your deck for a creature with a mana cost equal to the number of turns Hibernation’s End has been on the field and put it into play.

Shuffle your deck each time you use this ability. 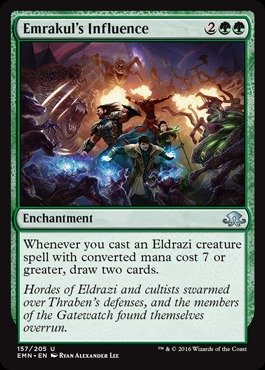 Emrakul’s Influence is an uncommon Enchantment card of the green school of MTG. It has a casting cost of 2 colorless and 2 green mana.

Whenever an Eldrazi creature is cast, with a converted mana cost of 7 or more, you may draw two cards.

In an Eldrazi deck, where the average creature is far higher than 7 mana, this card helps you get to the best cards in your deck quick than the other player. 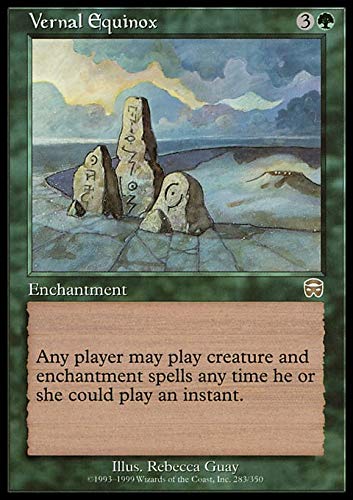 The fourth card up on the list of the best MTG cards like Alurn is Vernal Equinox, another green Enchant.

This rare Enchantment costs 3 colorless and 1 green mana to cast. When you play it, everyone in the game gains the ability to play creatures and enchantments as if they were Instant spells.

Think about that for a minute! Yeah! 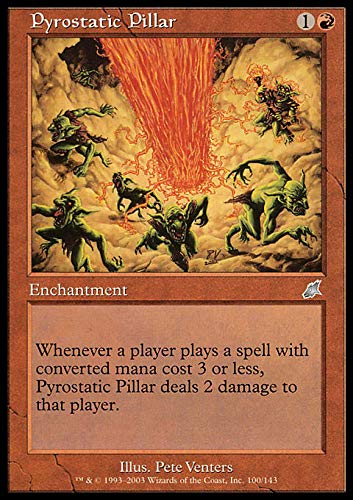 Pyrostatic Pillar is the last card on our list of MTG cards like Aluren. It is an uncommon red Enchantment with a casting cost of 1 colorless and 1 red mana.

Once this card is in play, it deals 2 damage to each player that players a spell with a CMC of 1, 2, or 3 mana.

That means you’re going to be pinging every player in the game to death as soon as this card hits the board.

What Does The MTG Card Aluren Do?

Aluren is a powerful rare green Enchantment card that allows you, and every other player in the game, to play cards with 3 or less mana cost as though they had flash. That means, as long as the creature costs less than 3 converted mana to cast, you and everyone and can cast creatures during any step on anyone’s turn.

Aluren is a really good card if you stack your deck full of creatures with 3 CMC or less. As soon as Aluren comes into play, you’ll be able to play your creatures steadily until the battlefield is swarming with them.

How To Win At MTG With Aluren?

The best way to win the game with Aluren is by using it to do what it does best. That means, use it in a deck heavy on creatures. Further, all the creature cards in your deck should have a converted mana cost of 3 or less. Simply play this card and follow up with a never-ending onslaught of creature casting.