The Abyss is a powerful black card that forces all players to bury their creatures. Here are our top 5 choices for the best MTG cards like The Abyss.

1. Go for the Throat 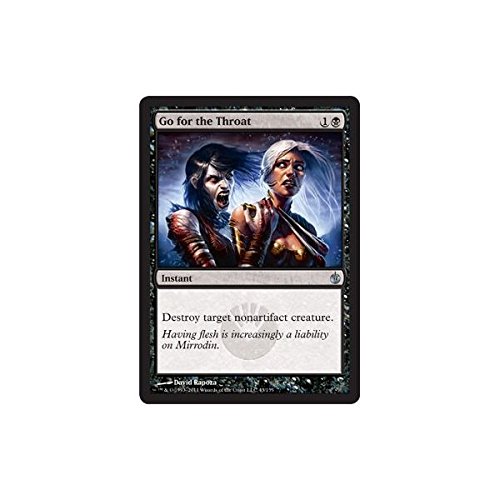 Go for the Throat is the first card on our list of MTG cards like The Abyss. It is a black Instant card with a casting cost of 1 colorless and 1 black mana.

When you cast Go for the Throat, you may destroy a nonartifact creature.

Keeping 2, 3, or even 4 copies of Go for the Throat is a good idea if you’re creating an Abyss-like deck. 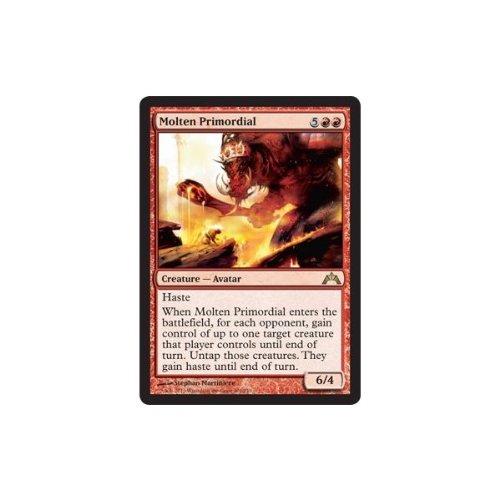 Molten Primordial is the second card we recommend, it’s an Avatar creature of mythic rare status.

The Avatar creature has 6 power and 4 toughness, as well as a 5 colorless and 2 red mana casting cost.

Molten Primordial comes into play with Haste. It also allows you to gain control of one creature from each of your opponents.

Untap those creatures, grant them Haste, and return them to their owners only after you’re turn is over (and you’ve already used them to attack!). 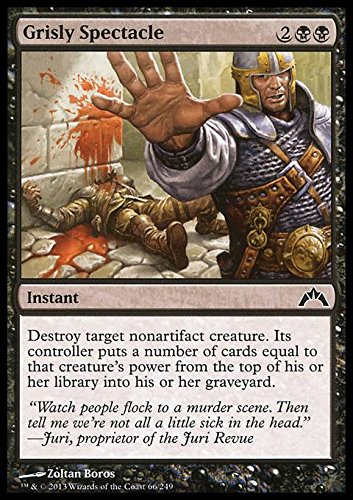 Grisly Spectacle is a black Instant card of the common sort, though it is somewhat The Abyss-like.

For 2 colorless and 2 black mana, casting Grisly Spectacle allows you to destroy a target nonartifact creature.

The bonus is that the owner of the destroyed creature must put X amount of cards from the top of their deck into their graveyard (where X is the power of the creature that was destroyed with this spell). 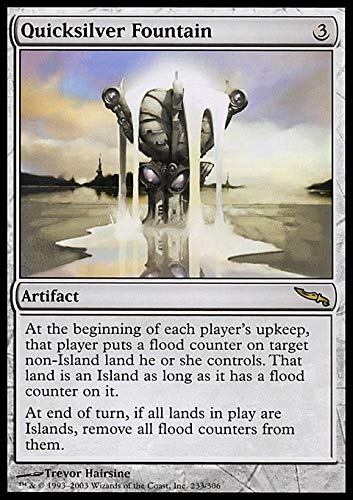 The fourth card up on our list of MTG cards like the Abyss is the Artifact Quicksilver Fountain, a somewhat Iconic card at that.

A rare colorless card, this Artifact has a casting cost of 3 colorless mana.

At the beginning of each player’s turn, they must put a flood counter on non-island land that they control. Those lands become Islands.

At the end of the turn, if all lands on the battlefield are islands, remove the counters from all cards.

5. Magus of the Abyss 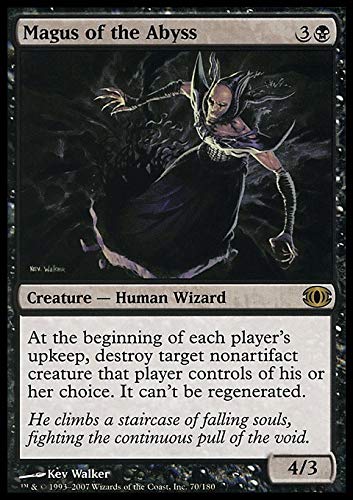 Last but very far from the least is the Magus of The Abyss, a rare black Human Wizard creature card.

The casting cost of this Magus is 3 colorless and 1 black mana. It comes into play with 4 power and 3 toughness.

The best part? At the beginning of each player’s turn, they must choose a nonartifact creature of theirs and destroy it.

Creatures destroyed via this card’s ability can not be regenerated.

What Does The Abyss MTG Card Do?

The Abyss is a black Enchant World MTG card. It allows all players to bury one non-artifact creature, that they own on the battlefield, during their upkeep. Bury refers to putting the card into your graveyard. The card costs 3 colorless and 1 black mana to cast.

Are Pseudo-The Abyss Cards Worth It?

If you enjoy Enchantments and playing uncommon deck and strategy types, The Abyss and pseudo-The Abyss cards are absolutely worth it. Few cards are more interesting if you play them with precision timing. They are particularly helpful for all-black decks with reanimate-type abilities.

How Do You Win At MTG With The Abyss Type Cards?

The best way to win MTG games with The Abyss and pseudo-The Abyss cards is by forcing your opponents to bury their creatures and leaving them with no way to revive them. This strategy works best with a reanimate or gravedigger style MTG deck.