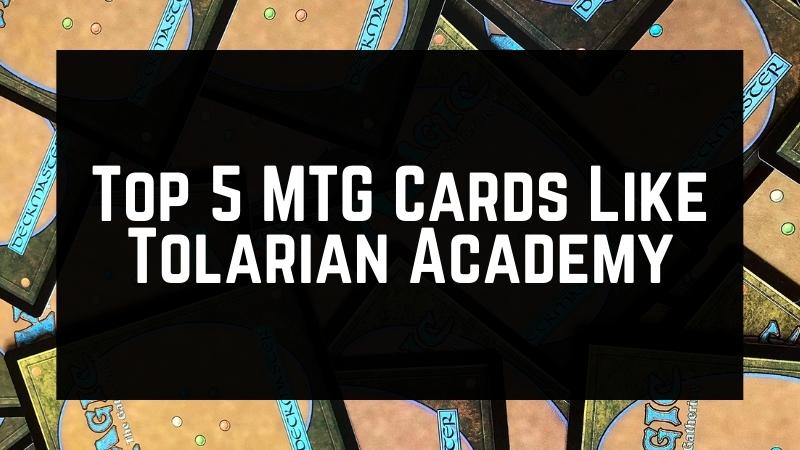 Tolarian Academy allows you to ramp your mana up like crazy, so long as you control a few artifacts. Here are our picks for the top 5 MTG cards like Tolarian Academy. 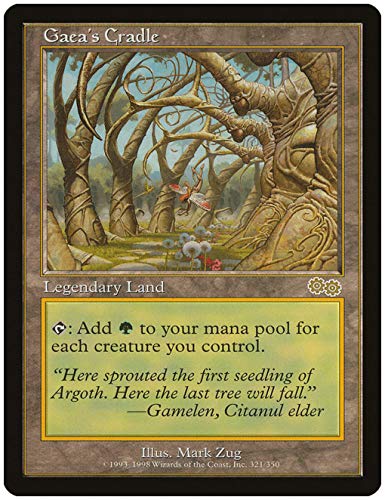 The first card up on our list of MTG cards like Tolarian Academy is a rare Legendary Land, Gaea’s Cradle.

Tapping this card, once it’s on the field, allows you to add a single extra green mana to your pool for each creature you currently control.

Talk about a nice mana ramp, yeah? Few cards outside of Tolarian Academy itself work so well for building up that much needed extra mana. 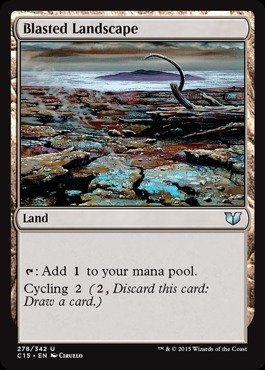 Blasted Landscape is an uncommon land that allows you to tap it for 1 colorless mana to your mana pool.

It also has cycling 2, meaning you can pay 2 colorless mana, discard this card, and draw an extra card from the top of your deck.

It may not ramp your mana, but it does give you more options than standard lands. 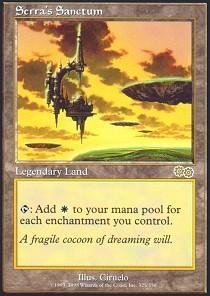 The second Legendary Land on this list is a rare one, Serra’s Sanctum. This iconic card is often found in all-white Angel decks.

It allows you to add a single plains mana to your mana pool for every Enchantment that you currently have on the board. 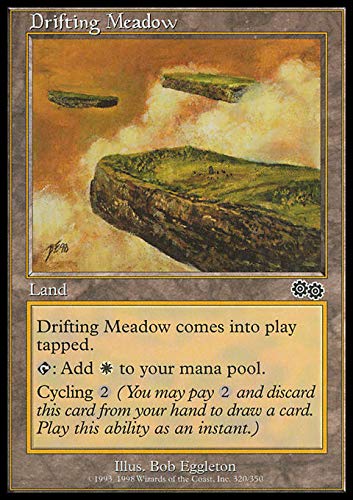 Drifting Meadow is a common land card that comes into play tapped.

Tap Drifting Meadow to add 1 white mana to your mana pool for the turn.

The card also has Cycling 2. That means you can pay 2 mana and discard the card in exchange for drawing another card. 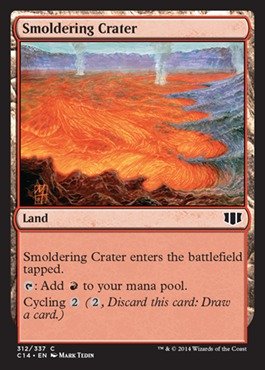 Smolder Crate is another common land and is the last of the MTG cards like Tolarian Academy that’s on our list.

When this land is played from your hand, it enters the battlefield tapped.

You may tap this land in order to add a red mana to your pool for the turn.

With Cycling 2, you can pay extra mana, sacrifice the card, and draw something else from your deck.

What Does The MTG Card Tolarian Academy Do?

Tolarian Academy is a mythic rare Legendary Land card that allows you to add 1 blue mana to your mana pool for every artifact that you control. For decks that are heavy with artifacts, few utility cards are more useful than Tolarian Academy at ramping mana.

How Many MTG Cards Like Tolarian Academy Are There?

There are numerous cards with similar effects as Tolarian Academy. But, very few of them are Legendary Land cards. In that sense, Tolarian Academy is a rather unique card.

Are Pseudo-Tolarian Academy Cards Worth It In MTG?