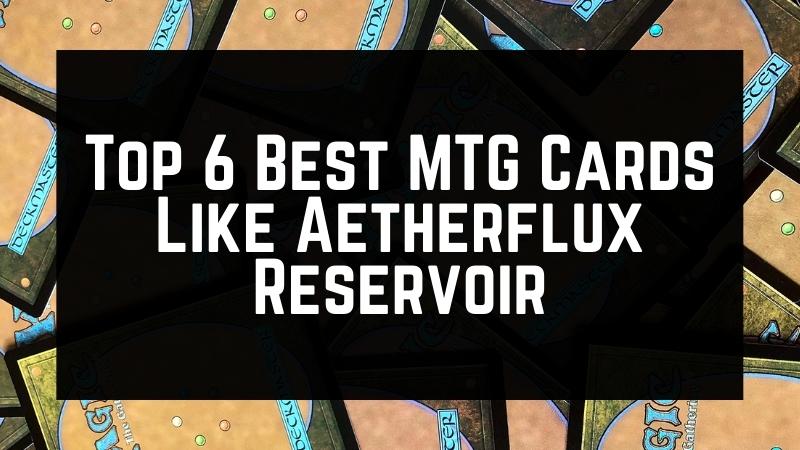 Aetherlfux Reservoir is a powerful Artifact card that enables you to gain life and deal a killing blow to any creature or player. Read on below and learn all about the best X MTG cards like Aetherflux Reservoir. 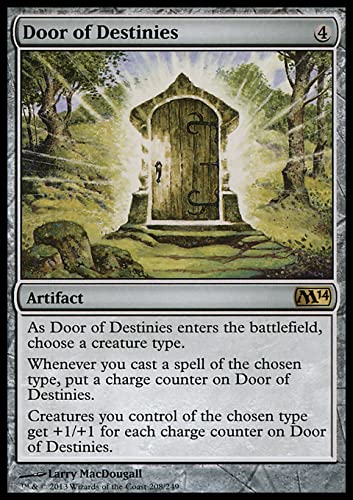 The Door of Destinies is an Artifact card like Aetherflux Reservoir in that it allows you to can a +1/+1 counter every time you cast a spell of the chosen type.

The card has a casting cost of 4 colorless mana, once it is in play, you choose a creature type. Playing those types of creature spells is how you make the card pay for itself.

The biggest benefit of all, however, is that Door of Destinies grants a +1/+1 to creatures of the chosen type for each +1/+1 that it has placed on itself.

2. Sword of War and Peace 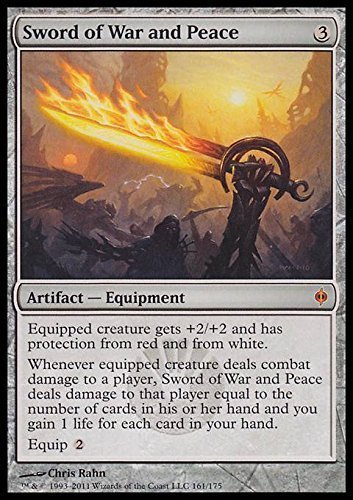 The Sword of War and Peace is a versatile Artifact Equipment card of the mythic rare sort. Surprisingly, it has a medium-low casting cost of just 3 colorless mana.

When the equipment is equipped by a creature (for 2 mana), the creature gains +2/+2 as well as protection from white and red spells.

Further, whenever the creature quipped with this card deals combat damage directly to a player, that player takes one damage point for each card in his hand. You gain life for each card in your hand. 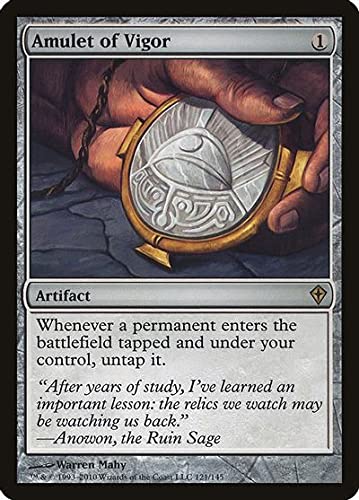 The Amulet of Vigor is an affordable artifact costing just 1 colorless mana to cast.

When the card is in play, and a permanent enters the game tapped (under your control) you may untap it immediately.

This is extremely helpful on creatures with haste that come in tapped as well as for untapping special lands. 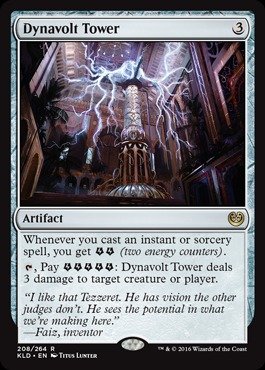 The Dynavolt Tower is a rare artifact card with a casting cost of just 3 colorless mana.

When the card is on the battlefield, and you cast a spell (instants and sorceries only) you get two energy counters.

At any time you may tap the card, pay 5 energy counters and have Dynavolt Tower deal 3 damage points to a target player or creature of your choice.

The card is one of the most similar MTG cards like Aetherflux Reservoir there are that don’t involve gaining health. 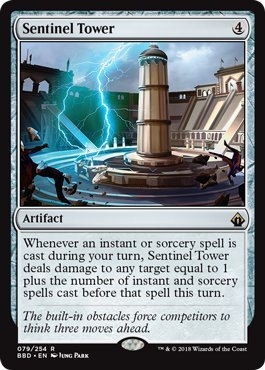 Sentinel Tower is an artifact that costs 4 colorless mana to bring out onto the battlefield.

Once in play, when you cast instants and sorceries, the tower deals a target damage equal to the mana cost of the spells cast before the spell from this turn.

It seems a bit confusing at first, but once you get it… wow! This card is truly a beast. Just like Aetherflux Reservoir and the massive 50 damage points that it may deal. 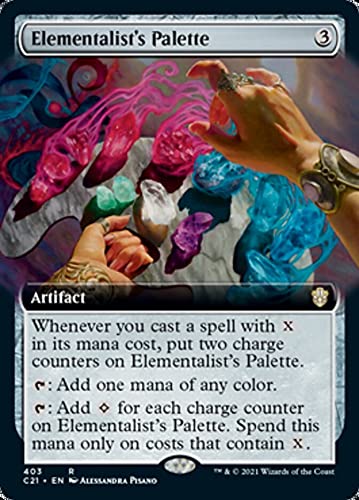 The last MTG card like Aetherflux Reservoir on our list is Elementalist’s Palette, an uncommon artifact with a casting cost of 3 colorless mana.

Whenever you cast a spell that includes X mana in its cost, you may put two charge counters on the card.

Tap the card to add one mana of any color to your pool. But, tap the card and add 1 colorless mana for each charge counter on the card.

However, you can only use the later ability on spells that have X mana in their casting costs.

What is Aetherflux Reservoir in MTG?

Aetherflux Reservoir is an artifact card with a casting cost of 4 colorless mana that allows you to gain a life point every time you cast a spell during your turn. Even more, you may pay 50 life and designate a player or creature for the card to deal 50 damage.

Is Aetherflux Reservoir and Pseudo Cards Worth it?

Aetherflux Reservoir and cards like it are absolutely worth it. Not only do they allow you to take massive amounts of damage (because you are able to gain so much life), but it also enables you to set yourself up for the perfect finishing move (50 points of damage to any player or creature).

How Do You Win with MTG Cards Like Aetherflux Reservoir?

Winning a game of MTG with cards like Aetherflux Reservoir is fairly straightforward; use them to either gain life whenever possible, or use them to destroy creatures or blast players’ life counters with direct damage.