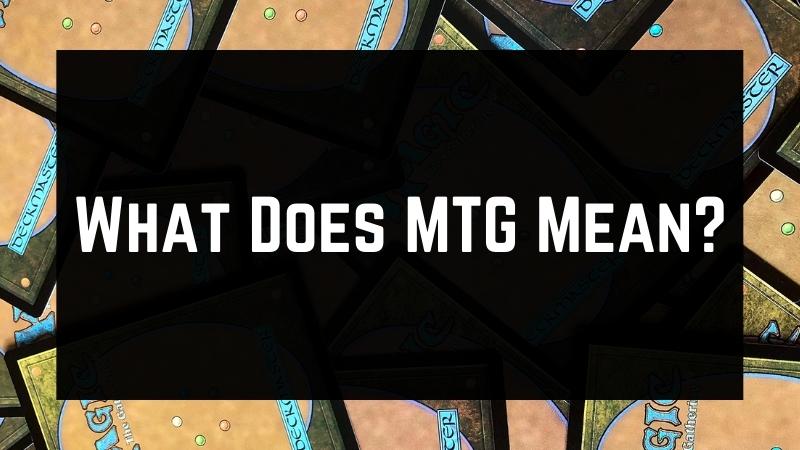 You may have heard the term “MTG” in conversation with friends, family or co-workers, or possibly seen it on social media or a website.

Whatever the reason you are curious about the meaning of the term “MTG”, we answer the question as thoroughly as possible in this article.

Read on below and discover what exactly MTG means (as well as the answers to several related questions)!

What Does MTG Mean?

MTG stands for “Magic: The Gathering”, a trading card game that’s been around for almost 30 years (at the time of publishing this article). MTG, also known as Magic, for short, is played both tabletop and digitally. The game revolves around two or more players, each with a deck of 60 cards (or more in some cases), each player aiming the be the “last man standing”. It is estimated that several million players actively play the game each year (as many as 35-million back in 2019).

The game is easy to learn, but requires a few things to get started (as well as two people). Take the Magic The Gathering Spellslinger Starter Kit, for example: 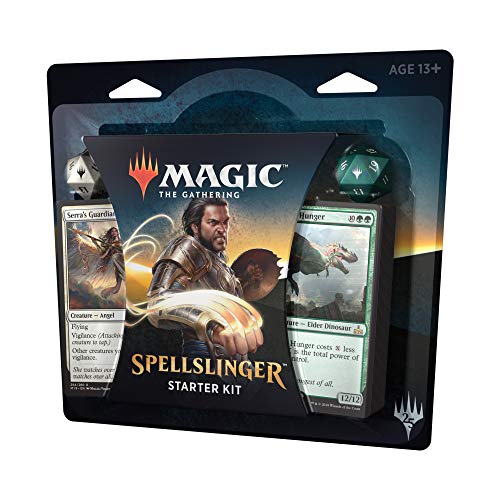 This package comes with everything needed to start playing Magic right away; two starter decks, two 20-sided dice, and two guides (one for each player to study).

How Old is Magic the Card Game?

Who Created the Magic: The Gathering?

Magic: The Gathering, was created by Richard Garfield, a now-famous mathematician and designer of games. Initially, Richard Garfield pitched a different game (RoboRally, a board game) to Wizards of the Coast (the company that introduced Magic to the world).

How Many Magic Cards are in Print?

Today the number of MTG cards is approaching 25,000. In 2020, the card count consisted of over 20,000 individual cards (including land-type cards). Every year, hundreds of more unique magic cards are added with each new expansion and theme that’s released.

What Does MTG Mean Outside of the Card Game?

Besides standing for one of the most popular and famous card games in the world, Magic: The Gathering, MTG also represents increasingly popular slang terms online via platforms such as Facebook, Snapchat, TikTok, WhatsApp, and Twitter. In this manner, MTG stands for things like “meeting”, “mortgage”, ”mounting”, “midthigh gap” and much more.