Magic: the Gathering has been around long enough that a ton of strategies have been developed with particular cards.

One old and well-known strategy is using a Tron deck. But just what is a Tron deck in MTG?

We’ll go over the details on that and more in this guide.

This is what we’ll be covering:

More likely than not, if you’re reading up on specific decks, you have an understanding of what MTG is.

However, if you’re a beginner just scratching the world of this card game, it helps to know the basics.

Magic: the Gathering is a card game that was first published in the early 90’s. It’s a strategic game in which at least two competing players with life points must try and bring each other’s life points to 0.

The way you can do this is by casting combinations of spells by spending mana. You get mana from lands, each of which generally produces one mana of a specific color.

There are exceptions to this rule, and quite a few lands that produce more mana or mana of multiple colors, though.

Different spells require different mana colors. You’ll need to be able to produce enough mana of that color to cast the spell.

Some examples of spells you can cast include powerful creatures you can use to attack, artifacts you can equip to the creature, or sorceries and instant spells with a variety of effects.

Alternatively, you can use a win condition (which is also known as a “wincon”) to instantly win the game. These cards have specific conditions on them that let you win if you meet their prerequisites.

What is a Tron Deck?

Over the almost three decades of its existence, MTG players have developed various strategies that become well-known and oft-repeated in decks around the world.

An Urzatron deck, also just called a “Tron” deck, is an example of a repeating strategy used in many decks.

We’ll give you information on the following things that make up a Tron deck:

The full name of the deck is actually Urzatron, but it’s shortened to Tron often.

This name is a reference to a cartoon that came from the 80’s called Voltron. The show is about fighting robots that can meld into one larger robot.

In the context of the deck, this name makes sense, because three cards which work best together are used to form a mana-generating machine. 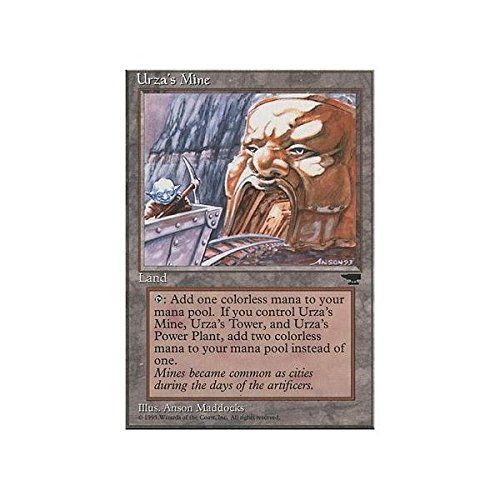 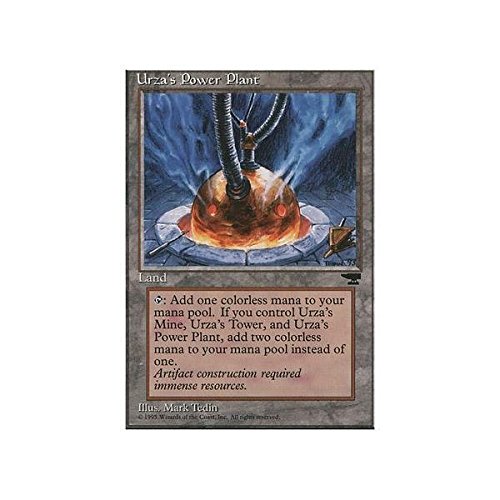 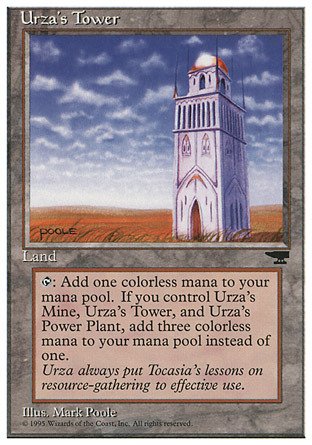 At the core of any Urzatron deck is three particular lands: Urza’s Mine, Urza’s Tower, and Urza’s power plant.

The objective is to have at least one of each of these cards in your deck. Some formats, of course, allow you to have more than one of a card in your deck, in which case you may have multiples of these lands.

Once you’ve built a deck with all three of these cards, your goal is to get them all out onto the table as soon as possible. This is because the mana it creates doubles when one of the other two cards is on the field with it.

Essentially, with all three lands out, you can produce six mana instead of the three you’d normally get from three lands. The more mana you have, the more spells you can cast.

If, for example, you had all three of the Urza’s lands out by your third turn, you’d likely be able to produce twice as much mana as your opponents. That’s a massive advantage.

There are honestly many ways you can build an Urzatron deck these days, but the two most common strategies are through Red-Green decks and Blue-White decks.

In the typical Red-Green Tron deck, cards that allow you to search your deck for a land, like Sylvan Scrying, are used. When you play these cards, you can look for one of the Urza lands if you don’t have it already and put it in your hand to play next.

These kinds of decks allow you get the three Urza cards out much more quickly, but they also are particularly weak against decks that focus on destroying lands.

On the other hand, Blue-White Tron decks use cards like Gifts Ungiven to find the Urza cards. To protect themselves, they also often make use of removal spells to eliminate threats.

If successful, these Blue-White decks let you build up into an absurd amount of mana. Then you start casting your most powerful cards to wipe out your opponents.

You can read more about these two deck archetypes here.

Should You Build a Tron Deck?

So is it worth building a Tron deck for yourself?

By themselves, the three Urza’s land cards aren’t currently too expensive. They’re not as cheap as many cards, either, but if price is your concern, they’re not unreasonable.

Aside from how much they cost, however, whether or not you should build the deck depends on your particular play style. If ramping into land fast sounds like you, then there’s no reason why you shouldn’t give it a try.

Just keep in mind that you’ll need to build a little bit around this strategy. You’ll likely have to include cards that help you ensure you can get to Urza’s Tower, Mine, and Power Plant instead of waiting to draw them naturally.