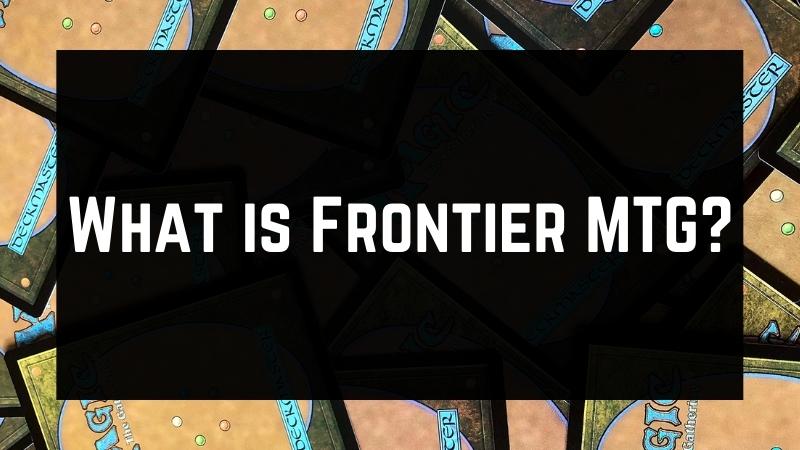 Frontier MTG is a fascinating old mode of playing the popular trading-card game, read on below and discover its origins, how it works, and more!

What is Frontier MTG?

How Do Turns in Frontier Work?

In Frontier, turns have the following order:

Truth be told, there isn’t much difference between Frontier and other standard forms of the game, just the cards that are “legal” for the mode.

Where Did Frontier Come From?

Frontier started sometime between 2015 and 2016. The format was not only popular with both veteran and novice players, but it also presented an opportunity for shops to market rotated standard cards that were otherwise quickly seen as useless or outdated.

What Happened to the Mode, Frontier?

The popular but unofficial format, Frontier, was recently replaced by a suspiciously similar mode known as Pioneer MTG. The list of legal cards for the new Pioneer model includes all core sets from Return to Ravnica to the current day. The mode is played both in-person and online.

Frontier was incredibly popular over the past several years and many players continue to play it at home. Officially, the format was never legal, to begin with, however, that didn’t keep people from playing it then, and it doesn’t stop them from playing it now.

Frontier was never an officially endorsed game mode by Wizards of the Coast. Rather, it was/is a game mode created and popularized by regular Magic: The Gathering players like you and me. That said, the game mode was more than popular at Friday Night Magic gatherings.