Home » MTG » Why is an MTG Cube Called Cube? (The Answer May Surprise You)

Ever since Magic: the Gathering was created, players have been coming up with new and interesting ways to play the game.

One particularly well-known format of playing is called a cube. But what is a cube, and why is an MTG cube called cube?

Those questions and more will be the topics of discussion in this post.

This is what we’ll be talking about: 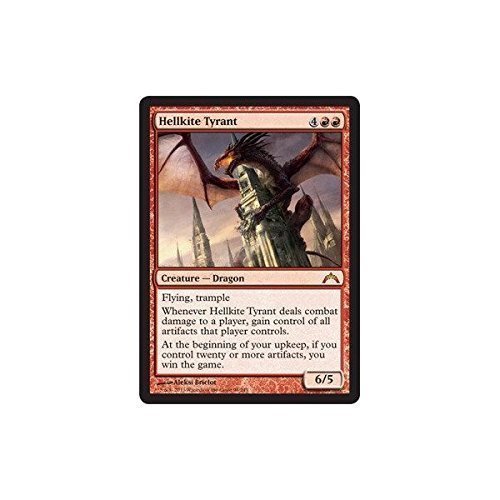 If you’re not very familiar with the game, it helps to know a bit about what Magic: the Gathering is before learning about cubes.

Magic: the Gathering is a strategic card game that was released back in 1993. In this game, players each have life points and the simplest way to win is by dropping your enemies’ life points to 0.

You can achieve this end through a variety of means, but you’ll need spells to do so. To cast such spells, you need to spend mana, which comes in five different colors and is provided by each color’s designated land.

Each turn, you can place another land card on the table and use it to give you one mana of the corresponding color.

Once you have enough mana, the spells you can cast vary. You can cast powerful creatures to attack or defend with, use offensive spells that target your opponents’ creatures or life total, or attach enchantments and equipment to your own creatures to strengthen them.

Alternatively, you could use cards with unique win conditions (also called “wincons”) to achieve victory. These cards will have a condition on them that, if you meet it, will instantly let you win the game.

An example of a creature with a win condition on it is Hellkite Tyrant, pictured above.

What is a Cube in MTG?

To better describe what a cube is, it’s best to understand what drafting is.

With normal 60-card, Commander, or Modern decks, players have as much time as they need to build. They can even spend weeks fine-tuning a powerful deck.

Drafts take all the time out of planning while simultaneously narrowing the card pool players can choose from. In a draft, the players choose from a pre-built group of cards to create an entirely new deck to use for the draft game only.

This format is a fantastic equalizer. Those who typically build rare and expensive decks are forced to draw from the same selection of cards as those who don’t have the budgets for valuable cards.

How does this tie in to cubes? Basically, a cube is a kind of draft.

A cube contains at least 360 pre-selected cards. Some players like to use cards that have a common theme, such as creating cubes that have only powerful cards or cubes that use the weakest cards in Magic’s history.

The results of decks made from such cubes are unfailingly interesting.

Why is an MTG Cube called Cube?

Now that you know a little more about cubes, we can circle back to the original question:

Why is an MTG cube called cube?

This answer may surprise you:

No one really knows for sure why it’s called a cube.

Of course, there are plenty of theories. A particularly popular one is that it’s called cube because the cards are stored in a box before drafting.

Another theory is that it’s because a cube’s shape has eight corners, and most MTG cubes are built for up to eight players.

Still others say it’s because a cube has six sides, and there’s one for each type of card: all five mana colors, and then colorless cards like artifacts and equipment. It’s important to note, though, that many cards are more than one color.

You can find plenty of threads online theorizing over the topic. The bottom line is, there isn’t a clear right or wrong answer about the origins of a cube’s name in MTG.

Why Should You Play in a Cube Draft?

With all that in mind, you may also be wondering whether or not it’s worth building a cube.

That really depends on your play style and personal preferences, but most players would likely answer that question with a resounding yes.

For one thing, it puts most the players on an even playing field. If you’re frustrated by one person in your group of friends constantly winning games, a cube could shake up the routine.

You can also build a cube with fun themes. An example of a common theme is cubes with power nine cards, which are the most over-powered cards created in Magic: the Gathering.

Furthermore, cubes are a great way to spice up game night with a group of friends. Because they can support up to eight players, you can invite a crowd of friends over to enjoy a night of randomness and wild Magic combos.

Want to buy a whole bunch of brand-new cards to draft with friends? Consider getting an entire booster box.

If you don’t know which one to pick, we’ve got a guide on the subject here.