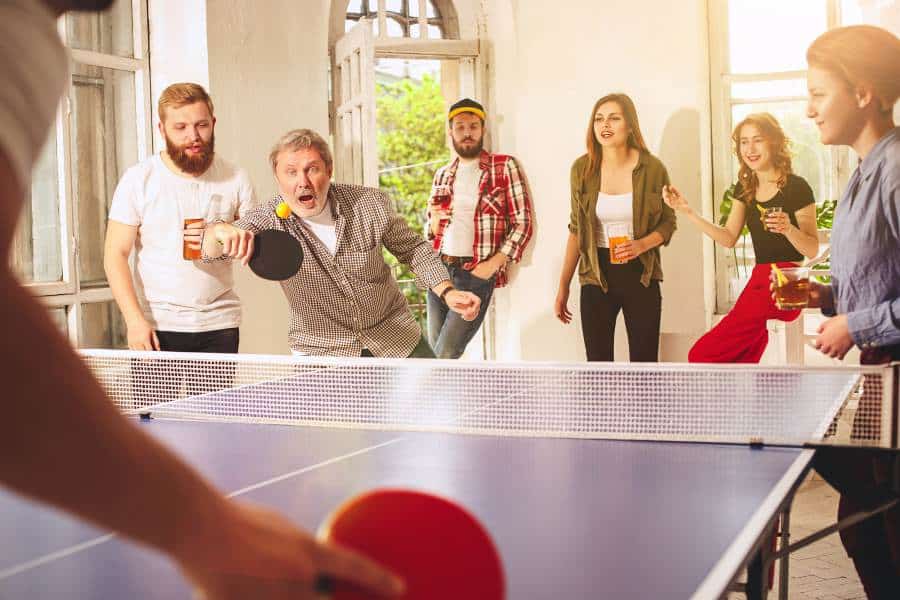 Dance Around the Table

More than two players are necessary to play this fun game where each player starts with five points and plays until they lose them all. The game starts like traditional ping pong, but once a player has hit the ball they then drop their paddle and another person jumps in to take their place. Each player moves to the back of the line after taking a turn. In this way, everyone in a large group gets a turn playing, and nobody has to wait for very long. If a player misses the ball or hits it into the net, then he or she loses a point.

An alternative is to give everyone a paddle and have the circle of players take turns as they rotate slowly around the table.

Both Hands on the Paddle

This game is played with the same rules as traditional ping pong, but players must keep both hands on the paddle at all times. This makes it really difficult for players to maneuver around on their sides of the table when they are trying to line up a shot. It also requires a lot of fast footwork, which is why some players prefer to play this game in teams.

Players cut holes into the sides of large boxes and place them on the end of the table. Each hole has a different point value corresponding to how difficult it would be to hit the ball into the hole. Each player then tries to toss or hit a ping pong ball into the holes. They each have a set number of balls, and the player with the most points after hitting all of their balls is the winner.

Travel Around the World 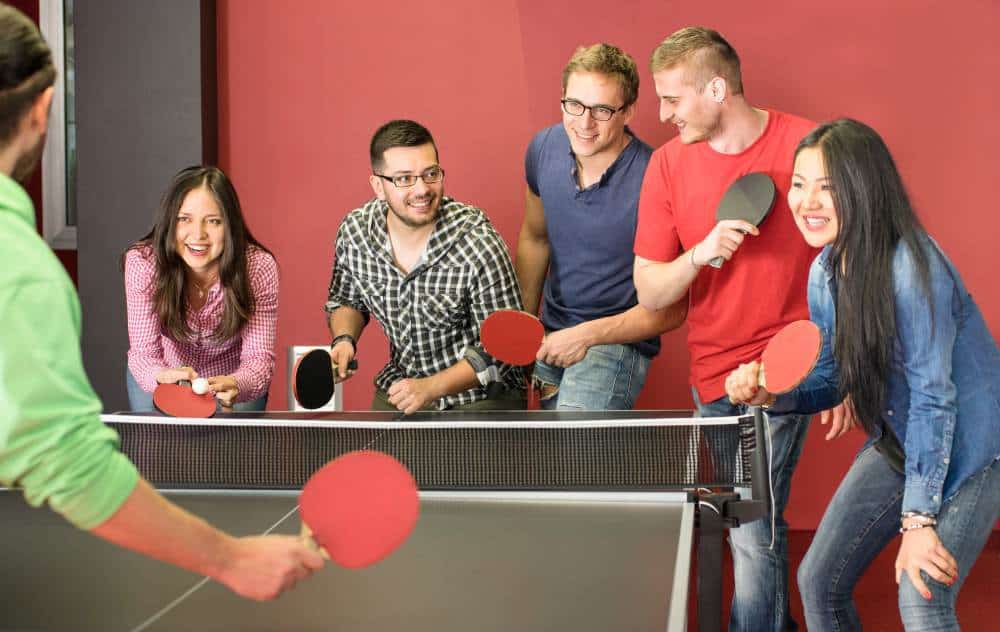 This is a great game to play with multiple people, as long as everyone has a paddle. Players stand around the table and hit the ping pong ball to the person next to them. If a player misses the ball or hits it so hard that it goes off of the table, then they are out of the game, finally ending up with a pair of players playing regular ping pong.

Ping pong tables make a great surface for an impromptu game of table hockey. Using blocks or books to create a wall around the outside of the table, players can then use their hands, small sticks, or their paddles to try to knock a ping pong ball through a goal at the other end of the table. Scoring is easy with this game, and the first person to five or seven is the winner.

Rather than racing ping pong balls, in this game players fight to blow one ball across their opponents’ line. Players can use a straw to aim their air and blow their ball, but they aren’t allow to touch it with their hands or the straw. Using small boxes or books around the edge of the table will help to prevent it from accidentally falling off during the game.

Players must tape a cup on each end of the table to act as the basket for this game. They then take turns bouncing ping pong balls across the table, trying to land them in the cup. Players can try to keep a ball from entering their basket by blocking it with their ping pong paddle. Younger players can also be allowed to catch the ball in their hand to make the game easier.

While not a kid-friendly game, it can be made fun for children to play by using juice in place of beer. Players stand on opposite ends of the table and toss ping pong balls into the other player’s cups. Every time a ball lands in a cup then the opposing player has to drink what is in the cup, making the game progressively more difficult as people continue to drink.

Teams of two stand back to back and are tied together so that they are facing opposite directions. Every time a player hits the ball, then the team must turn 180 degrees so that the other player will hit the next ball. This constant back-and-forth motion can be overwhelming for some people, but it is a great way to add laughs to the game.

This fun game uses all of the rules of regular ping pong, but players must pretend that they have tiny dinosaur arms while playing. Instead of being able to stretch out their arms to hit the ball, players keep their elbows bent and their arms tucked in close to their body. If this game is too difficult, then it is a good idea to play with 2 people on a team to help provide more coverage.

Players can grab some straws and ping pong balls or cotton balls and try to blow them down the entire length of the table to win these races. Each player has to try to keep his or her ball under control, and they aren’t allowed to touch the ball with their hands or straws while guiding it down the table. If the ball falls off of the table, then it must be put back on at the beginning.

In this fun game, players each have two paddles – one in each hand. They use their paddles to hit and return ping pong balls as normal, but they must not cross their bodies with a hand, which means that they have to use the paddle on each side of their body. This game is really difficult for players who have a weak non-dominant hand and can result in balls being hit all over the room.

Teams of two players each tie one leg together, as in a three-legged race, to compete in this game. Each pair of players must work together to move back and forth to return the ball to their opponents. It’s only with open communication that players will be able to move together as a team without falling or running into each other.

This game combines ping pong with the fun elements of tag. One player is it and the other players take turns playing ping pong. When someone is tagged out, then he or she has to go to the ping pong table to play for a chance to get back into the game. If a player is then able to beat his or her opponent, then he or she can rejoin the game, while the loser must wait until a win to get back into the game. 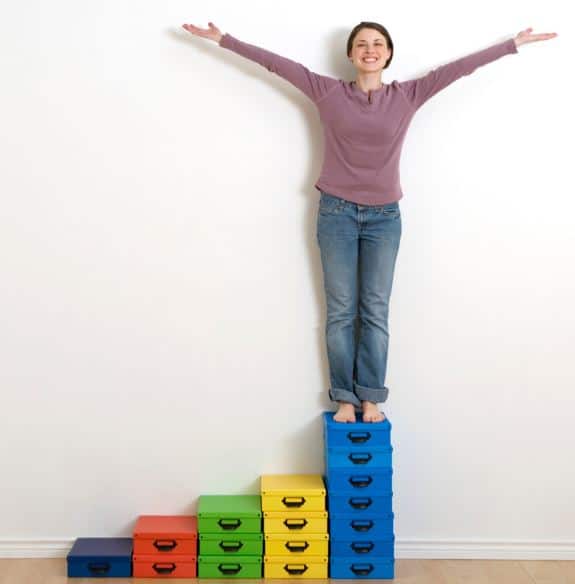 Rather than playing in normal shoes, players must put on either high heels or boxes to get a little height. Adding this height to the feet can make it really difficult for players to keep their balance when playing and also affects their ability to gauge distances correctly, resulting in a lot of laughs and some fairly impressive hits.

Using the ping pong table for bowling is a fun way to get more use out of it. Set up small plastic bottles on one end and then use a larger ball, such as a tennis ball, to bowl down the length of the table. This can be made harder or easier, depending on how close the bottles are set up by each other as well as the weight of the ball that is used as the “bowling ball.”

In this game players must first set up a serious of cups with different numbers on them. Players then try to hit or toss their ping pong ball into the cups as they try to reach a certain score. All numbers are added when the ball lands in the cup, with the player who adds up to the correct score without going over declared the winner. 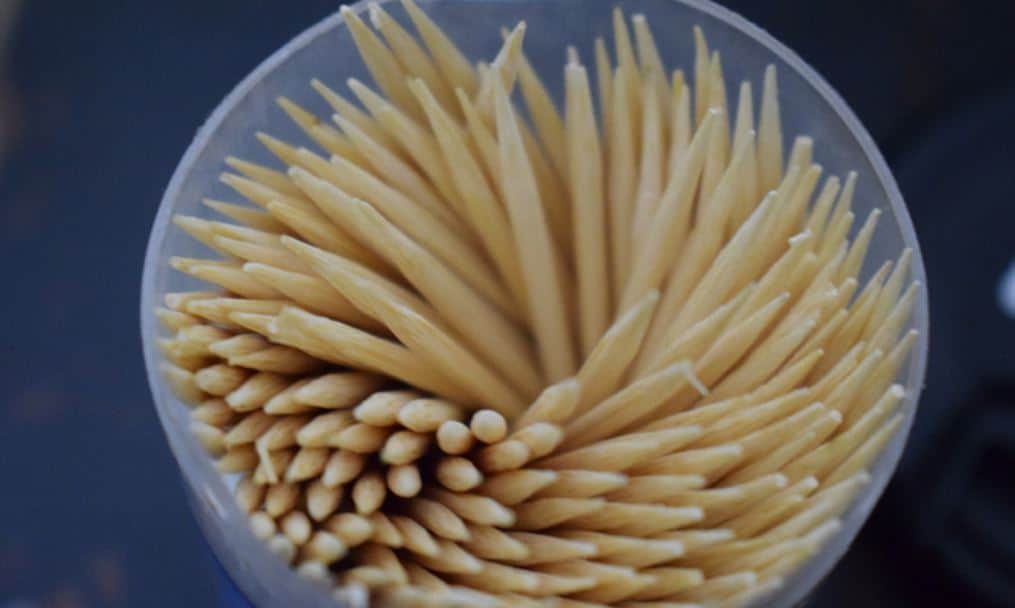 In this fun game every player needs both a peanut or a ping pong ball and a toothpick. Holding the toothpick in the mouth, players will try to push the peanut down to the end of the table. Players must make sure that they don’t touch the object that they’re rolling with their hands or breathe on it, or they will be disqualified.

If you are lucky enough to have a ping pong table, then you can, with a little imagination, enjoy incredible games that are sure to keep you and your family entertained. Try out one of these fun variations or new games for something a little different the next time you have time to kill.