Does First Strike beat Deathtouch? It’s a legit question, not only for new Magic players but for experienced players as well.

But, the answer isn’t exactly black and what. That’s why we break it down in-depth, below! Read on and discover the full truth.

First Strike is an ability that allows creatures to have the first strike in combat, literally. That means that they always deal the first combat damage in a fight.

If the blocking creature’s toughness isn’t high enough to take the beating, it dies before it returns fire.

In the case of First Strike vs Deathtouch, it boils down to the same principles; First Strike attacks first, and only if the Deathtouch creature’s toughness is high enough to survive the attack does it get to strike back. 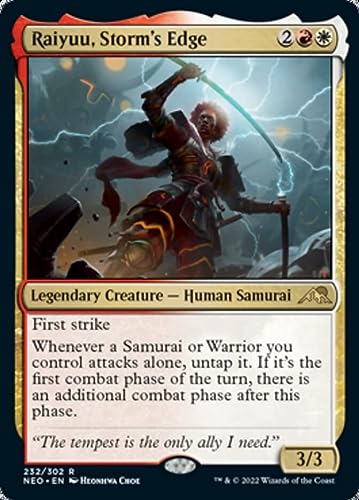 The legendary creature Human Samurai, Raiyuu, Storm’s Edge, is a rare 3/3 with First Strike and a greator ability that is uncannily similar to First Strike. Whenever you attack alone with a Samurai or Warrior, you untap it and have an additional combat phase.

FAQs About Can You Enchant an Enchantment in MTG

How Do You Beat Deathtouch?

First Strike is one of the very best mechanics for beating Deathtouch. The reasoning is simple enough; Deathtouch kills instantly, but First Strike creatures that are more powerful instantly kill the Deathtouch creature before it can hit back.

First Strike most certainly does NOT always win. There are numerous instances that First Strike creatures fail to win a fight. Instants, spells, and abilities often target creatures’ abilities, rendering them useless. First Strike is not immune to such tactics.

Indestructible cards can not be destroyed, by any of the spells, abilities, or cards in the game, period. That includes creatures with Deathtouch. The best way to beat an Indestructible card is by casting a spell that removes it from the game or exiles it.

Deathtouch and First Strike are two of the quickest and deadliest creature/combat damage type abilities in the game.

When they clash, First Strike may come out on the top, due to its faster striking speed, but only if its strength is higher than the other creatures’ toughness.

Deathtouch almost always wins in a battle, because all it needs to do is deliver a single point of combat damage to kill the other creature. If it survives the attack of a First Striker creature, it kills them a split-second later.

Thanks for reading, we hope that answers your questions!